Short Stories in English for Class 8 with Moral Values

Many kids are fond of reading stories as it opens up a window of refreshment and vicarious new experiences for them amidst their studies. Reading moral stories like ‘The Hare and the Tortoise’, ‘The Golden Goose’, ‘The Honest Woodcutter’, etc., inculcate moral values and righteousness among them. In short, moral stories teach us invaluable life lessons in a very simple and holistic way.

So, here are some short stories in English for Class 8 and other classes, which convey the significance of moral values like honesty, humility, integrity, compassion, etc., in a fun yet impactful way. Let us now go through one of the long moral stories in English for Class 8, ‘Rice Bowl Wishes’.

Once in a village in China, three young boys, each eleven years old, were adopted by an old lady, Nii Yoo, from an orphanage. She sent two of them, Lan Dua and Swa Jow, to school and dressed them in very fine clothes. However, the third little boy, Gow Sir, was blind, and she treated him as a servant. She dressed him in very old ragged clothes and fed him the food left-over by the other boys. Gow Sir wasn’t sent to school and ran errands for Nii Yoo.

One night, when a deadly fire broke out in the room where they stored rice, Lan Dua and Swa Jow ran out of the house to escape the fire. Gow Sir risked his life, went inside to help Lady Nii Yoo escape the fire. He carried her on his back and both were saved.

Every three years, Lan Dua and Swa Jow continued to wish for mansions, gold, wives, sons, and high-rank offices in the village, without working for any of it. Whereas, Gow Sir, wished for more books to replace his old ones and went on reading them. He gathered a lot of knowledge over the nine years. 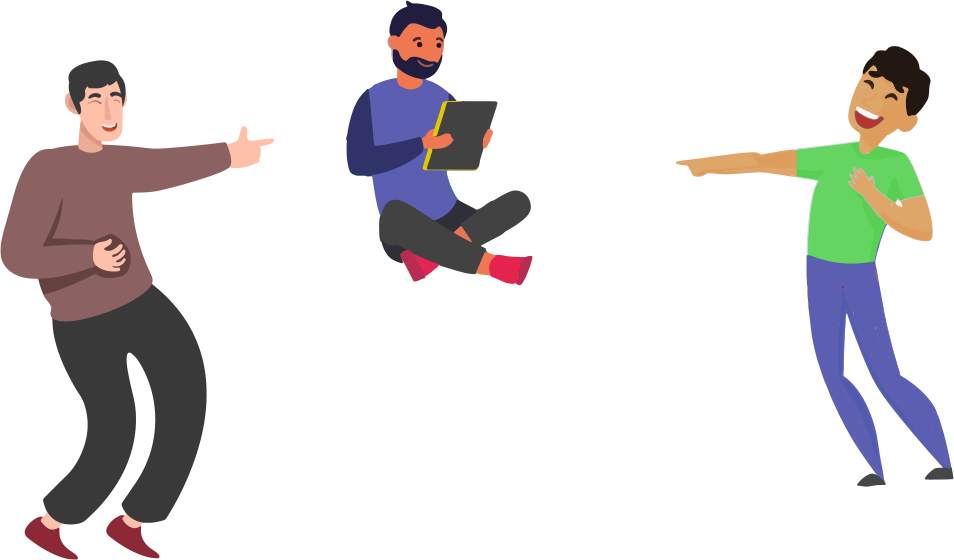 After nine years, on one such occasion, when the three of them came together to make wishes from the rice bowl, both Lan Dua and Swa Jow wanted to keep the bowl to themselves. They tried to grab the bowl and dropped it meanwhile. Immediately, Gow Sir lost his vision, and the other two lost all their possessions.

Lan Dua and Swa Jow learned the lesson of their stupidity and became the oldest pupils at the school. They became very dedicated to their studies. However, Gow Sir did not lose the knowledge that he gained from the books, and he was known to be among the wisest teachers in China. Even though the rice bowl lost its magic, Gow Sir glued its broken pieces and kept it on his desk as an ordinary bowl.

Moral of the story: “Life is what you choose to make of it.”

Let us now take a short quiz to check your understanding.

State whether the following statements are true or false. Also, write the correct statements for the false ones.

The Hare and the Tortoise

Once upon a time there lived a wise tortoise and a boastful hare. The hare could run very fast and used to boast about it. The tortoise, one day decided to challenge the hare for a race. The hare laughed at this idea and remarked “You will never outrun me.”

The day of the race arrived and the entire forest gathered to watch it. They both took their positions, and on the first blow of the whistle, the hare started to run. Within a short period of time, it covered a long distance, whereas, the tortoise was taking small steps towards the target. The overconfident and boastful hare took a nap instead of completing the race, thinking that the tortoise would never be able to reach the target before him.

Meanwhile, the wise tortoise moved with small steps steadily and crossed the sleeping hare. Hence, the tortoise finished the race while the tortoise remained sleeping. All the animals who came to watch the race cheered for the tortoise and the hare woke up to know that it lost the race.

The moral of the story: “Slow and steady wins the race.”

Now that you have read the story of the boastful hare and the wise tortoise, try to answer the following questions from the story in 30-40 words. There lived a poor farmer with his wife, once upon a time, in a village. He grew and sold the vegetables for a living. One day, the farmer earned some more money by selling vegetables and he bought a goose with it. The goose laid one golden egg a day. The farmer and his wife were very happy to know this. Soon, they became very rich.

However, the farmer one day thought to himself, what if he gets all the golden eggs at once. During one night, when everyone was fast asleep, he killed the goose. To his dismay, he found only one egg when he cut opened her stomach. The greedy farmer regretted killing the goose and they became poor once again.

Moral of the story: “Greed leads to destruction.”

Now, let us answer the following questions from the above story.

Fill in the Blanks:

There are several other short stories in English for Class 8, which help students to understand important lessons of life. The goal to include these moral stories is to develop their strength of character.

Class 8 story writing tasks included in the syllabus of English language help students to articulate their thoughts and ideas in the form of interesting original stories. The original short stories created and written by the students hint at the moral values and ethics that they believe and follow.

FAQs on Best Moral Stories for Students of Class 8

1. Why should we encourage kids to read moral stories?

Kids should be encouraged to read moral stories so they can learn the most important life lessons and moral values through these stories. Often kids tend to recall the characters of moral stories and what their actions lead to, and kids choose their paths accordingly.

The following are the moral stories for children.