Santa and Elves - Know Who They Are and What They Do

How Do Elves Bring Joy to Christmas?

The Christmas season is full of fantastic stories and wonderful traditions. ‘Santa's Magical Elves’ is one of these stories. You've probably heard of these magical elves, but do you know who they are and how they fit into the Christmas tradition? In this article, we'll discuss about Santa and elves, the origins of these amazing creatures, as well as what they do during the Christmas season.

Santa and His Elves

The Dutch people began celebrating a tradition of putting coins in torn shoes in the 13th century. They placed those shoes outside the homes of poor people. They follow this tradition to honour St. Nicholas, who became known as Sinterklaas over time. Over the period, Sinterklaas was renamed Old Father Christmas or Lord Christmas and was ultimately renamed Santa Claus, as we know him today. 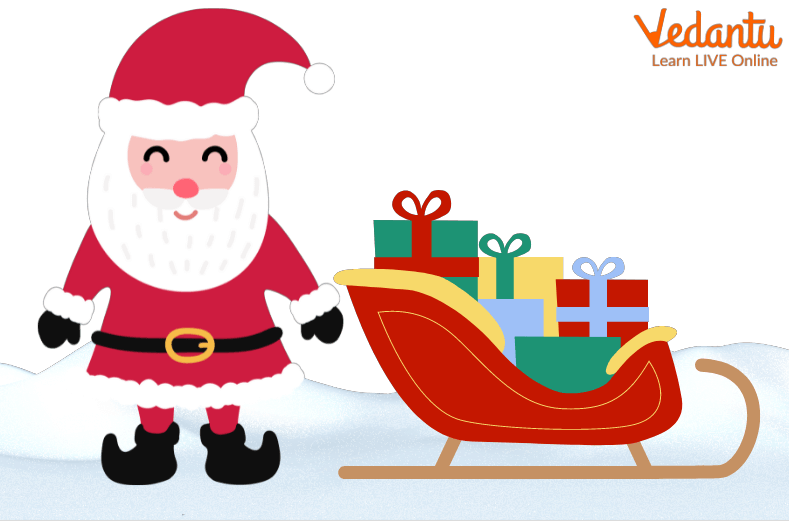 A Picture of Santa Claus

Christmas elves, also known as elves, are tiny beings. They stay at the North Pole with the legendary Christmas figure Santa Claus to help him in his workshop. These young magical creatures came in both genders and wore pointy hats and red and green clothes. They had long noses and sharp ears. These elves worked in Santa's workshop, assisting him in the creation of toys for good children all over the world. Apart from helping Santa in his workshop, the elves were also in-charge of caring for Santa's reindeer and carriage. 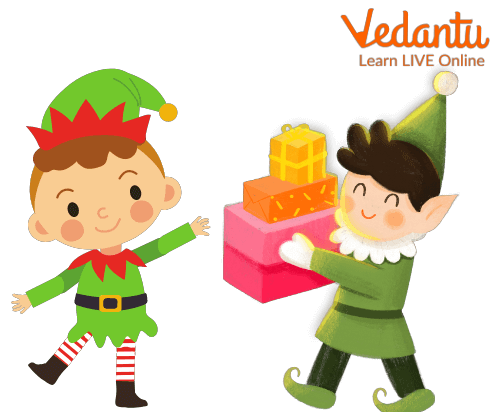 Elves are generally said to be immortal and possess powers that allow them to control what they see, do, and experience. No one knows where elves live. However, they are presumed to be living in forests and mountains. According to some folktales, people believe that elves lived in wells and springs. On the other hand, Christmas elves lived with Santa Claus at the North Pole and were different from other elves.

Elves had their origins in Germanic, Scandinavian, and British folklore. Many people believe that these tiny beings had mystical powers to safeguard the homes of good people from bad things. Elves dealt with the bad individuals by making them play unpleasant pranks on them. Giving them bad nightmares, hiccups, and sour milk were all just a few of the pranks they did. In fact, it was found that how well these creatures related to you determined your level of friendliness.

According to some people, placing a bowl of porridge in front of your door at night was one of the finest ways to avoid the creatures' anger. They were later portrayed as Santa Claus' helpers, rather than the unpleasant tricksters that people thought they were. The phrase "Christmas Elves" was born as a result of this description.

The Christmas elves who work in Santa's workshop have a lot of work and responsibilities. Below are a few of them:

How Old are Santa’s Elves?

It's a question that doesn't have an answer. Perhaps it's more important to embrace the fact that millennia-old elves still find meaning in their work, purpose in their existence, and satisfaction in developing their toy-making skills. And Santa Claus is definitely the coolest boss in the entire North Pole.

Christmas elves, also known as 'elves’, as we learnt, are tiny, dwarf-like beings with pointed ears. They live at the North Pole with Santa Claus and help him in his workshop. Christmas elves are usually considered to be immortal, despite their youthful appearance. They have the ability to influence what you see, do, and experience. So did you know all of this? If not, we hope you got something exciting to learn today. Do share this with your friends and help them learn something new!

1. Where do Santa’s elves live?

Santa lives in the North Pole with his elves. The North Pole is the very last north point on the planet and the Arctic ocean is the home. The North Pole does not belong to any country; it is located in international waters and belongs to all.

Santa's elves are all short. They're all beneath the height of 4 feet. The best gifts, as per Santa, come in small packages. Elves have rosy cheeks and two pointed ears. Some elves have blue eyes, while others have green, brown, or black eyes. Elves have a total of 26 teeth. Elven hair comes in a range of colours and textures, just like human hair. Some elves have long hair, while others have short hair. Curly hair is common among elves, but some have straight hair as well.

Cookies, candy, and pizza are among the elves' favourite foods. Mrs Claus is in charge of the elves, ensuring that they eat fruits and vegetables as well. While cookies and candies are delicious, it's important to follow a healthy diet.