Introduction to Habitats for Kids

We all live in homes, don't we? Just like us, animals and plants also have homes where they live. Have you ever wondered how a camel survives in a hot desert or the polar bear in the snow? Today, we are going to learn about habitats and which animals and plants live in which habitats. We will also know about the places and important facts related to such habitats. So, are you excited to learn about habitats?

A habitat is a natural home or environment where a plant or animal lives and grows. Our planet Earth has various kinds of habitats, such as hot deserts, rainforests, cold ice-covered lands, mountains, etc. Some plant or animal species are found in every habitat on Earth. It is important for us to protect these habitats because many living organisms depend on them for survival. These habitats help us study and understand the features of the animals and plants that live here and the factors that affect their survival.

Types of Habitats for Kids 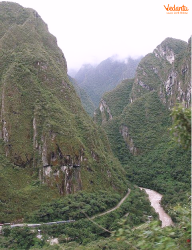 When talking about forests, the most common one is the rainforests. This habitat is marked by high temperatures and a wet climate. Rainforest forests receive ample rainfall and sunlight and hence are home to a wide variety of plants and animals. Some rainforest trees can grow up to 200 feet.

Places: Rainforests can be found in Africa, Asia, Australia, and Central and South America. The Amazon rainforest in Brazil is the biggest rainforest in the world.

Plants and animals: Orchids, bamboo, rosewood, teak, and bromeliads are some of the common rainforest trees. Bengal tigers, chimpanzees, varieties of ants, anacondas, vampire bats, orangutans, tree frogs, and macaws are a few among the hundreds of animals found in rainforests. 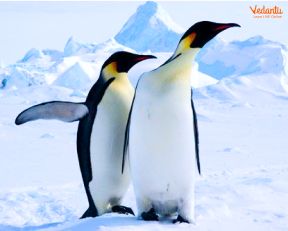 Penguins in the Polar Habitats

The North Pole and the South Pole are the major polar habitats. These comprise land that is completely covered in thick layers of ice. It can be as thick as three miles in some places. The polar habitat also experiences a group of continually shifting ice sheets and houses large icebergs. The temperatures at the poles are extremely cold. In the Arctic, minus 22°F is the average winter temperature. At the South Pole, the lowest temperature recorded was minus 129°F in Antarctica. During summer, the Sun shines all day long for 24 hours but it is not warm enough. However, in winter, it is dark throughout the day.

Places: Antarctica (South Pole) and parts of Canada and Greenland are near the North Pole.

Plants and animals: There aren’t trees in the polar habitat, but some types of small shrubs, lichens, mosses, and algae are there. Some of the popular animals include emperor penguins, walruses, narwhals, polar bears, arctic foxes, harp seals, etc. 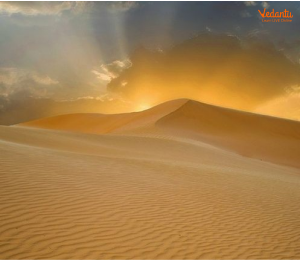 Deserts are considered the driest places on Earth. They may go without rain for months or years. A desert can get fewer than 25 centimetres of rain in a year. The temperatures in a desert are extreme as well. It may become very hot during the day but extremely cold at night. The Sahara desert in Africa is considered to be the largest desert in the world. There are two types of deserts; hot deserts and cold deserts. The Sahara is the largest hot desert, whereas the Antarctica desert is the largest cold desert.

Places: Africa, Asia, North America, and Australia house some of the famous deserts of the world. 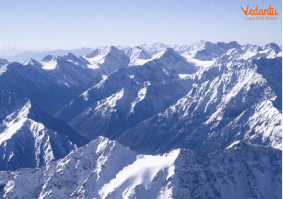 Mountains have varied vegetation as we move from the foothills to the top. With an increase in altitude, the temperature falls and the amount of plant growth decreases. It is very cold and windy at higher altitudes. Towards the foot of the mountain, one can find deciduous trees that shed their leaves during winter. Higher above, tall coniferous and evergreen trees are large in number. Ever farther up, alpine meadows, lichens, and mosses can be found. Thereafter, the snow-covered mountains and cold weather make it impossible for plants to thrive. 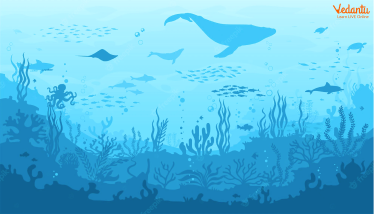 Fish and Plants under the Ocean

Aquatic habitats consist of environments where water is the primary source of survival. Plants may thrive on the surface of the water or under it. Some animals live in both water and land and some survive completely underwater. There are three types of aquatic habitats and these include freshwater, marine or saltwater, and coastal. Freshwater habitats consist of rivers, lakes, streams, ponds, etc. Saltwater habitats include oceans and seas. Coastal habitats are formed where the land meets the sea.

We hope you have enjoyed learning about the different types of habitats for kids. Each one has its unique characteristics which sustain the plants and animals living in it. If you destroy their habitat or remove them from their natural home, the plant or animal won’t live long. Hence, it is our responsibility to protect them and save their habitats.

FAQs on Introduction to Habitats for Kids

1. Name the largest rainforest and desert in the world.

2. What are the two broad classifications of habitats?