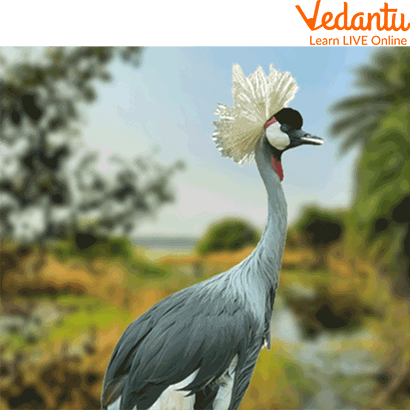 Kids, do you guys know about cranes? Let's learn all about the bird Crane in this article named ‘Crane for kids’. Cranes are large birds with long beaks and are found worldwide.

Cranes are beautiful and the world’s tallest and largest flying bird. They have long legs and also long necks. The neck of the cranes is slightly curved and gives a gorgeous appearance to the bird.

Cranes are primarily found in flocks and are highly social birds. Found usually in brown, white, and grey colour, the head feathers of cranes can be of striking shape and colour. Let’s get some more information about cranes from this article.

Where do Cranes Live?

Children, you must be thinking where do cranes live? So, the cranes move from one place to another depending upon seasons and hence are migratory birds. The migration of these birds depends upon the requirement of their food and shelter. Cranes are usually found all over the world except on two continents i.e., South America and Antarctica. 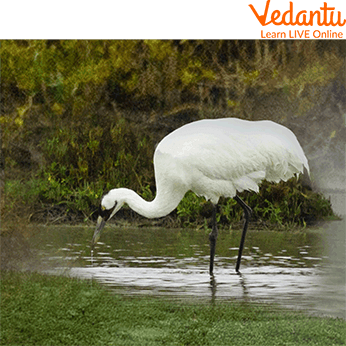 The Behaviour of Cranes

Cranes are social birds, and they prefer living in flocks. Sedge is a group of cranes.  The eating habits of cranes are vast. Cranes consume a different variety of foods. These are omnivorous birds that consume grains as well as other animals like fishes, insects, mice, grasshoppers, lizards, etc. Cranes are also known for their courtship dances which they perform while making their calls to fellow birds by flapping their wings and hopping on the ground. 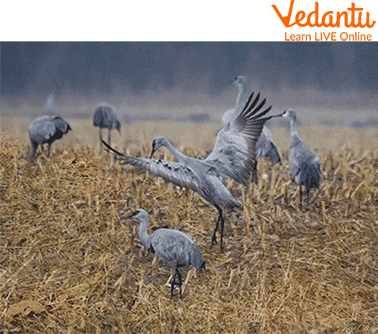 Cranes are the tallest flying birds with long legs which help them to stand in water without wetting the feathers on their body, and also have long necks. Cranes can be up to 4 feet tall in height and can have 7 feet of wingspan. Cranes can also swim, and they prefer swimming and walking to flying. The feathers of these birds give a smooth appearance to their bodies and grow very close to one another. Cranes fly while stretching their necks forward. Crane’s feet have four toes, three in front and one on the back. These birds have powerful wings which help them in flight. They also have feet that are unwebbed.

Most species of cranes are now endangered. There are many reasons for these. Habitat loss, predation by humans, and pollution are some of the reasons. Cranes are birds that have special needs for their habitats. They require well breeding and roosting areas and specific habitats to survive. There are some laws that protect these migratory birds from extinction. The Wildlife Protection Act (1972) has some measures to protect these migratory birds from extinction. 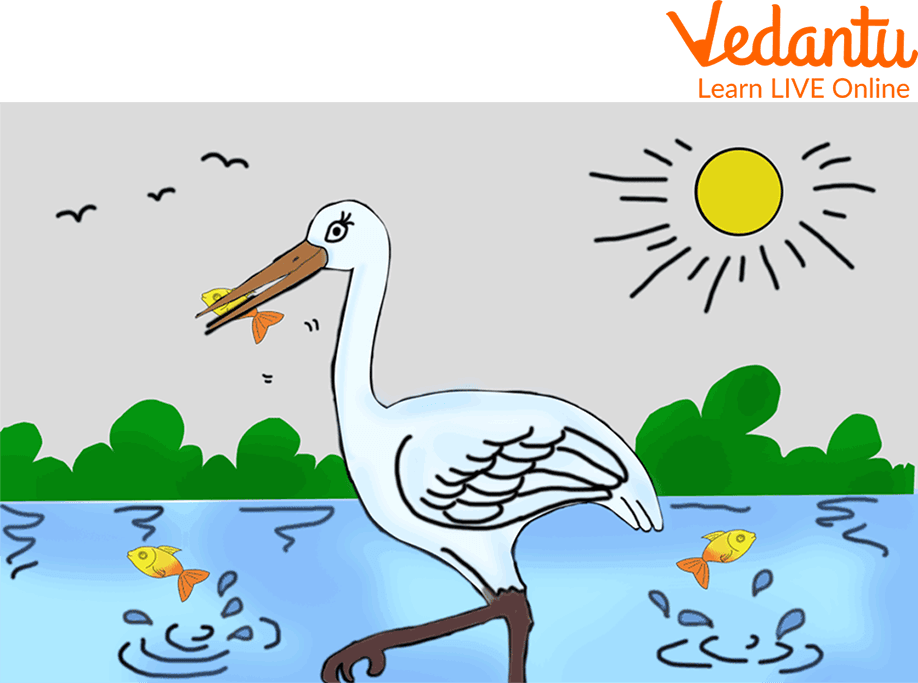 How to Draw Cranes for Kids

Children can try making these beautiful birds in simple eight steps. These steps show how to draw a crane for kids: 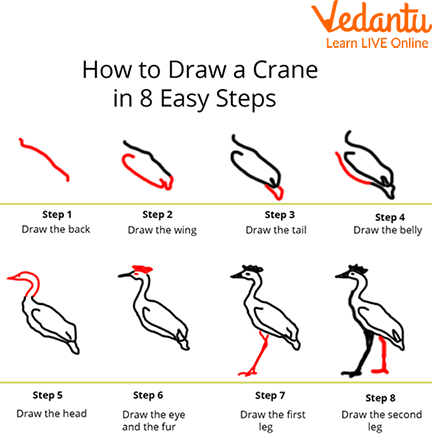 Steps to Draw a Crane for Children

Cranes are referred to as the symbol of longevity and happiness. Due to their long life span, these birds are believed to be a sign of long life and wealth. With amazing physical features, these wonderful birds fly in the sky with grace and honour.

Cranes are often regarded as those birds which bring good luck.

To summarise the above article, we understood various things about the migratory bird crane. We got crane bird information for kids.  We read about where cranes live, their physical features, the behaviour of the bird, and major threats to the species. We also learned how to draw cranes for kids. We hope you enjoyed this article.

FAQs on Crane for Kids

1. Which crane species are the rarest birds?

The whooping cranes belong to the category of the rarest species, the following are the red-crowned cranes. These cranes are endangered due to the loss of their habitat and degradation. Very specific wetlands are necessary for these cranes to survive but due to climate change, these wetlands are shrinking and this is a major reason why these birds are endangered.

2. Which cranes are called the ‘Special cranes’?

The Japanese Cranes are called the special cranes due to their graceful movements and strong reaction mechanism to danger. They have been an inspiration for special martial arts due to their strong defence techniques and have also been prominent figures in artworks due to their beauty.

4. What is the common name of the crane bird commonly found in India?

The crane bird which is commonly found in India is known as Sarus.