What is a Bailout?

A bailout is a term which refers to extending financial support to a company or a country which is facing a potential threat of bankruptcy. The need for a bailout arises due to financial crises or national emergencies which affect the country or certain industries. The reason to be loud is to provide support to the government for industries which may be affecting millions of people and can be on the verge of bankruptcy because of the financial crisis. The bailout is a given to overcome the economic condition. 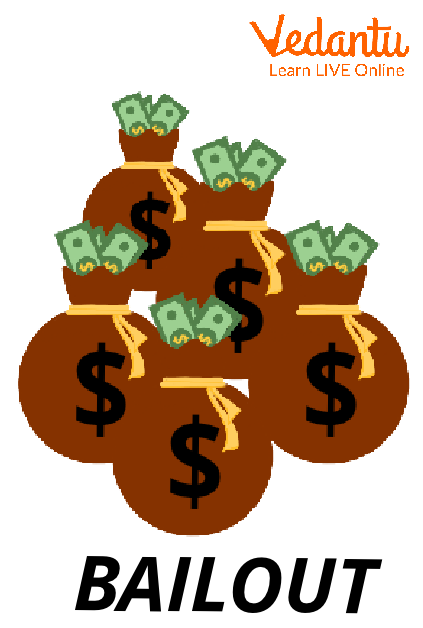 During the global financial crisis of 2008, the government of the United States offered one of the most massive bailouts in history. It was given to rescue the financial institution from the loss in the subprime mortgage market, which further resulted in the credit crisis. It is also referred to as the congress financial crisis. The bailout was granted in the form of the Emergency Economic Stabilisation Act of 2008, which created the troubled asset relief programme for allowing the US treasury department to spend $700 billion for purchasing toxic assets from the balance sheet of the financial institutions. The bailout by the government was provided to overcome the congress financial crisis or the sub-prime crisis. It is a situation where the government lends or pays money to save a company or an industry from the verge of bankruptcy. It is done to overcome the situation of the financial crisis and to revamp the economic conditions. These are the companies that have an influential market share and need a capital injection to overcome the crisis. For bailouts, it is not necessary for the failing company to repay the amount which is lent to them. Also, interest-free or interest-bearing repayment may also be made possible. 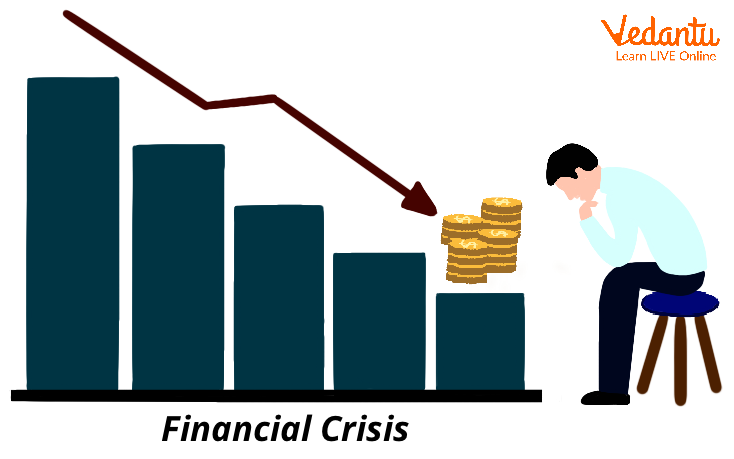 In 2019, Amazon invested 200 million dollars in the future group for a stake of 9.82% in the retail business. In this deal, a non-compete clause forbids the Future Group from selling its retail asset to any other firm. But during the Covid pandemic, Future Group was affected badly and decided to sell some of its assets to Reliance Retail. This led to the issue being approached by the court. Later, Future Retail was made available by the financial support of Rs.7000 crore as a bailout lower than Reliance Industries Ltd's offer. But Future Retail formally rejected this offer as it said that there was no clarity on when this bailout will come.

A bailout which is also known as capital injection is the financial support given to overcome stressed financial obligations. The bailout is given to overcome any substantial jump in the economic condition. The complete collapse of the financial system can be avoided by means of a loud and insolvent situation. However, anticipated financial bailouts can encourage a moral hazard by encouraging people to take more risks in financial transactions because they are well aware that when things go wrong, government financial bailouts will help them to support and help them meet their obligations.

1. What are the consequences of government financial bailouts?

Bailouts help in mitigating short-term problems in the financial system, which increases stability and reduces the risk of financial distress and failure. It also tends to increase the credit supply and improve the economic conditions by reducing the verge of the company falling into bankruptcy. However, these bailouts come with social costs. It can create moral hazard incentives for the banks to take risks because future bailouts may raise their expectations. It can also cost the taxpayers, as the bailout money comes from the common citizen's pocket.

2. What is the twin balance sheet problem?

The twin balance sheet problem is this scenario where the banks are under severe stress conditions and the companies are being over-leveraged to the extent that they are unable to meet their financial obligations and cannot repay their loans. The problem of non-performing said has created stress for both corporate and public sector banks on their balance sheet. The situation is that both the lenders and borrowers are under stress. The problem of a twin balance sheet is devastating for growth because both the banks and the companies are in a trap which is a signal of hurdles in the financial health of the economy.

3. What are IMF bailouts, and are they really effective?

IMF bailouts at the financial support given by the International Monetary Fund to stabilise the macro-economic situation of the country and to overcome the financial crisis. The bailouts given by the IMF are insurance against the economic crisis. IMF bailouts can only be effective if the economic policy of the country is driven by the growth strategy, political stability, and quality of governance. For example, during the balance of payment crisis in India, IMF gave a financial bailout which was repaid quite early by India. Thus, India utilised this bailout and became one of the fastest-growing economies in the world.