VIEW MORE
Chemistry is a branch of science which deals with the physical and chemical properties of the substances, their composition and their usage in order to form new substances. In order to study chemistry, every element that exists in nature and known to us till date has been assigned a specific name and a one or two letter symbol in order to get them handy for our own usage. Names of most of the elements are derived from English however their symbols are derived either from their English names or Latin names used for the elements.
Example: Sodium is an element which is a metal and its symbol ‘Na’ is derived from its Latin name ‘Natrium’. Hydrogen is an element which is assigned an elemental symbol ‘H’ that is derived from its English name itself.
Compounds are basically the combination of two or more elements that too in a specific ratio or in relative proportions. A chemical formula is an expression that represents the element in that compound along with its relative proportion in the compound. Example: Chemical formula for water is H2O which means that water is a compound which is formed by the combination of 2 proportions of H and 1 proportion of O. Similarly, sulfuric acid has a chemical formula H2SO4 which means that in this compound, the relative proportion of H, S and O are: 2:1:4.
So, chemical formula in chemistry is like a shorthand representation of the elements in a compound using the specific symbols assigned to each element which are mentioned in the periodic table.
Types of Chemistry Formulae or Chemical Formulae
A molecular formula contains the chemical symbols of the constituent elements followed by numeric subscripts. The subscripts denote the number of atoms of the constituent elements. Molecular formula tells the exact number and type of atoms in a single molecule of a compound.
Empirical formula represents the simplest whole number ratio of all kinds of atoms present in a molecule of a compound. The molecular formula for a compound can be the same as or a multiple of the compound’s empirical formula.
Molecular formulas are compact and easy to communicate but they do not tell about bonding and atomic arrangement and the bonding of atoms. For that we need the structural formula. Structural formula indicates not only the number of atoms, but also their arrangement in space.
E.g.: Let us consider a glucose molecule.
The molecular formula for glucose is C6H12O6 which tells us the exact number of constituent atoms (carbon, hydrogen and oxygen written as C, H and O respectively) in one glucose molecule.
The empirical formula of glucose is CH2O, which represents the whole number ratio of the constituent atoms, viz, C, H and O.
Structural formula of glucose will indicate how each carbon, hydrogen and oxygen atom is bonded in a molecule of glucose. Structure of a glucose molecule is given below. 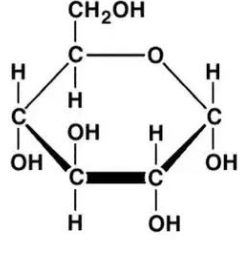 How to write chemical formula

As stated above, for an ionic compound, in general, cations are written first followed by the anion. For covalent compounds the sequence specific to the bonding is followed.
For writing the formula for an ionic compound, the charges over the anionic and the cationic parts are crossed over in subscript. Such as on combining, H+ and PO43-, the charges are crossed over to form H3PO4.
One more example is given as the formation of Lithium oxide.
Here Lithium ion with +1 charge crossed over -2 charges on oxygen atom to form Li2O. 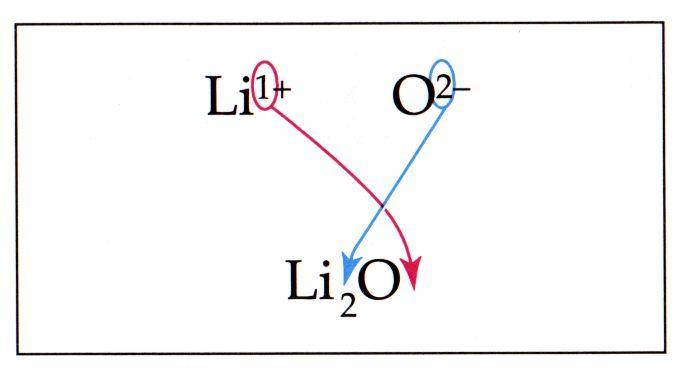 Acidic salt: The salts which are formed by the partial neutralization reaction between a relatively strong acid and weak base and generally have ionisable H+ ions.
Common ones are: NaHSO4, KH2PO4

Basic salt: The salt which is formed by the reaction between a weak acid and a strong base.
A common one is: 2PbCO3. Pb(OH)2

Neutral salt: The salt that is formed by the reaction between a strong acid and a strong base. They are combination of a cation and an anion. In general, cation is written first followed by anion with their charges crossed to subscript, except a few such as where acetate ion is present such sodium acetate (CH3COONa). And using the table below, chemical formulae of several salts can be written.
Common cations and anions are:

Mixed salts: Salts having 2 salts in a fixed ratio.
CaOCl2