Jack and the Beanstalk: Fairy Tale Story for Kids

Hello there, and welcome to the world of fairy tales. Here is a list of the best fairy tales that will charm young brains with the positivism of the most popular fairy tales. These fables and fairy tale characters come from all civilizations, and there is always something new for the youngsters to enjoy, including the ever-popular king, prince, and princess fairy tales. So go ahead and scroll down to read these English fairy tales. Good luck with your reading!

What are Fairy Tales?

Fairy tales are an integral element of childhood. Fairy tale stories for kids have developed over the years thanks to children's books, movies, and, in no small part, Disney characters. They're endlessly resellable (and spoofable—we're looking at you, Shrek) and laden with sometimes-questionable life lessons. Some of the most popular children's fairy tales have captivated both youngsters and adults. You've certainly heard of them, but there's a lot you don't know about their history and evolution. If you can't get enough of magical and mythical worlds.

Let’s enjoy reading one of the amazing fairy tales now - Jack and the Beanstalk.

Jack and the Beanstalk Once upon a time, a poor widow and her son Jack lived on a farm. Jack's mother told him to sell their only cow one day. On his way to the market, Jack met a man who wanted to buy his cow. "What would you pay me in exchange for my cow?" Jack inquired. "I'll give you five magic beans!" said the man. Jack grabbed the man's cow and handed him the magic beans. When he returned home, though, Jack's mother was furious. "You fool!" she exclaimed. He took your cow away and gave you beans!" The beans were thrown out the window by her. Jack felt depressed, and he went to bed without eating. 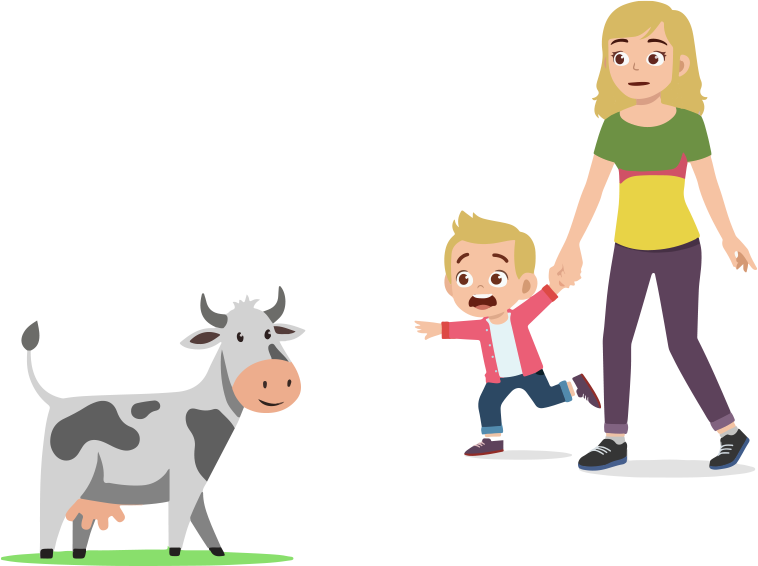 When Jack awoke the next morning and peeked out the window, he found that his magic beans had grown into a massive beanstalk! He ascended the beanstalk to a realm in the clouds. A giant and his wife lived there. When Jack entered the house, he discovered the giant's wife in the kitchen. "Could you please give me something to eat?" Jack said. "I'm starving!" He was given bread and milk by his kind wife.

While he was eating. The monster was enormous, and he appeared to be terrifying. Jack was afraid, so he went inside to hide. "Fee-fi-fo-fum, I smell the blood of an Englishman," the monster exclaimed. I'll grind his bones to make my bread whether he's alive or dead!" "There is no boy in here!" exclaimed the lady. So the giant finished his meal and retired to his quarters. He removed his gold coin sacks, counted them, and set them aside. After that, he went to sleep. Jack crept out of his hiding place at night, took one sack of gold coins, and descended the beanstalk. He presented the monies to his mother when he got home. His mother was a strong woman.

Climbed the beanstalk and returned to the giant's mansion. Jack begged the giant's wife for food once more, but the big reappeared while he was eating. Jack jumped to his feet in terror and ran under the bed to hide. "Fee-fifo-fum, I smell the blood of an Englishman," the monster exclaimed. I'll grind his bones to make my bread whether he's alive or dead!" "There is no boy in here!" exclaimed the lady. The giant finished his meal and retired to his quarters. He took a hen from there. "Lay!" he yelled, and the hen deposited a golden egg. Jack took the hen and climbed down the beanstalk when the giant fell asleep. Jack's mother was ecstatic about him.

Jack re-climbed the beanstalk and returned to the giant's castle after a few days. Jack approached the giant's wife for the third time and requested food. The giant's wife handed him bread and milk once more. However, the giant arrived at Jack's house while he was eating. "Fee-fi-fo-fum, I smell Englishman's blood." I'll grind his bones to make my bread, whether he's alive or dead!" shouted the giant. "Don't be a fool!" "There's no boy in here!" his wife exclaimed.

The giant possessed a magical harp with which he could perform wonderful songs. Jack had taken the harp and was preparing to escape while the monster slept. "Help master!" screamed out the magical harp. "I'm being kidnapped by a boy!" When the giant awoke, he saw Jack playing the harp. He chased after Jack, enraged. Jack, on the other hand, was far too fast for him. He dashed down the beanstalk to his house. He was pursued by the huge. Jack dashed inside his house and retrieved an ax. He started chopping the beanstalk. The giant fell down and he died. 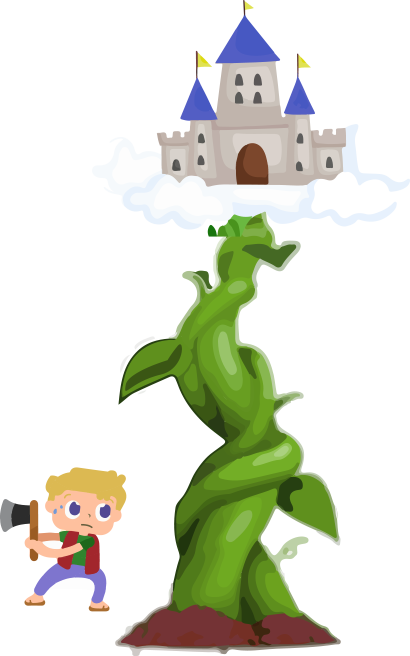 Jack and his mother had become extremely wealthy, and they were able to live happily ever after.

Encourage your child to tell a narrative of his or her own! Encourage your youngster to create their own narrative after exposing them to several types of storytelling. It's critical that children have the opportunity to explore ideas and tell stories using their imaginations. This promotes effective communication, planning, and innovation.

Telling stories demonstrates how to put words together to create meaning. You tell your kids something new about yourself that they could find interesting or thrilling, Fairy tales stories videos which might lead to inquiries and discussions. Most importantly, you instill in children a lifelong love of language and tales.

FAQs on Jack and the Beanstalk: Fairy Tale Story for Kids

1. What can kids learn from fairy tales?

Fairy tale books for kids according to the Jungian interpretation, teach children how to deal with basic human problems, desires, and relationships in a healthy way; learning these skills can have a long-term impact on a child's health, quality of life, and even influence their values and views.

2. What role do fairy tales play in society?

Fairy stories, according to Zipes, have played a significant social purpose in terms of both compensation and disclosure. They expose the chasm between truth and deception in our current world. Not just males, but also women, contributed to the belief that women belong in a specific type of role.