Verified
129k+ views
Hint: Inducer is usually a molecule and regulators only regulate transcription rates of a gene.

Complete answer: To understand the concepts of the smallest unit of genetic materials and the terms which refer to them, we need to have a concept of genes. The term ‘gene’ was coined by W. Johansen, in 1909. Precisely, a gene to genetics is what an atom is to chemistry. There are several definitions of gene given by different scientists. In a nutshell, a gene is a fraction or part of a DNA molecule which carries genetic information and is regarded as the genetic material.
T.H. Morgan had proposed a revolutionary theory - the gene theory. According to this, chromosomes bear hereditary units and each chromosome carries hundreds or thousands of genes and the genes are arranged on the chromosomes in a linear order. The region of a chromosome on which a gene is located is called its locus.

A gene carries even smaller units that serve for various purposes. Now, let us understand some terms related to this: 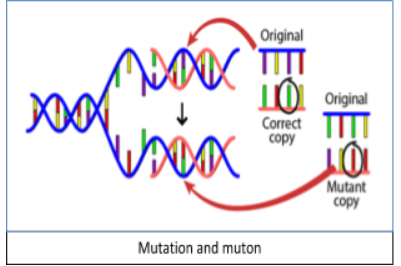 So, the correct answer is A. muton.