Adjectives - Big and Small Adjectives, and Their Importance

Adjectives are words that describe or provide more information about nouns and pronouns. For example, adjectives like red, quick, happy, and annoying can describe things like a red hat, a quick rabbit, a happy duck, and an annoying individual.

Similarly, -al, -ary, -able and –ible, –ish, -ic, -ical, -less, -like, -ous, -some, and -y are all common suffixes for adjectives. Some adjectives are participles (verbs ending in -ed or -ing), while others are not derived from nouns or verbs but are unique in their own right, such as near, deep, and slow. Learn more about adjectives by reading through the following content. 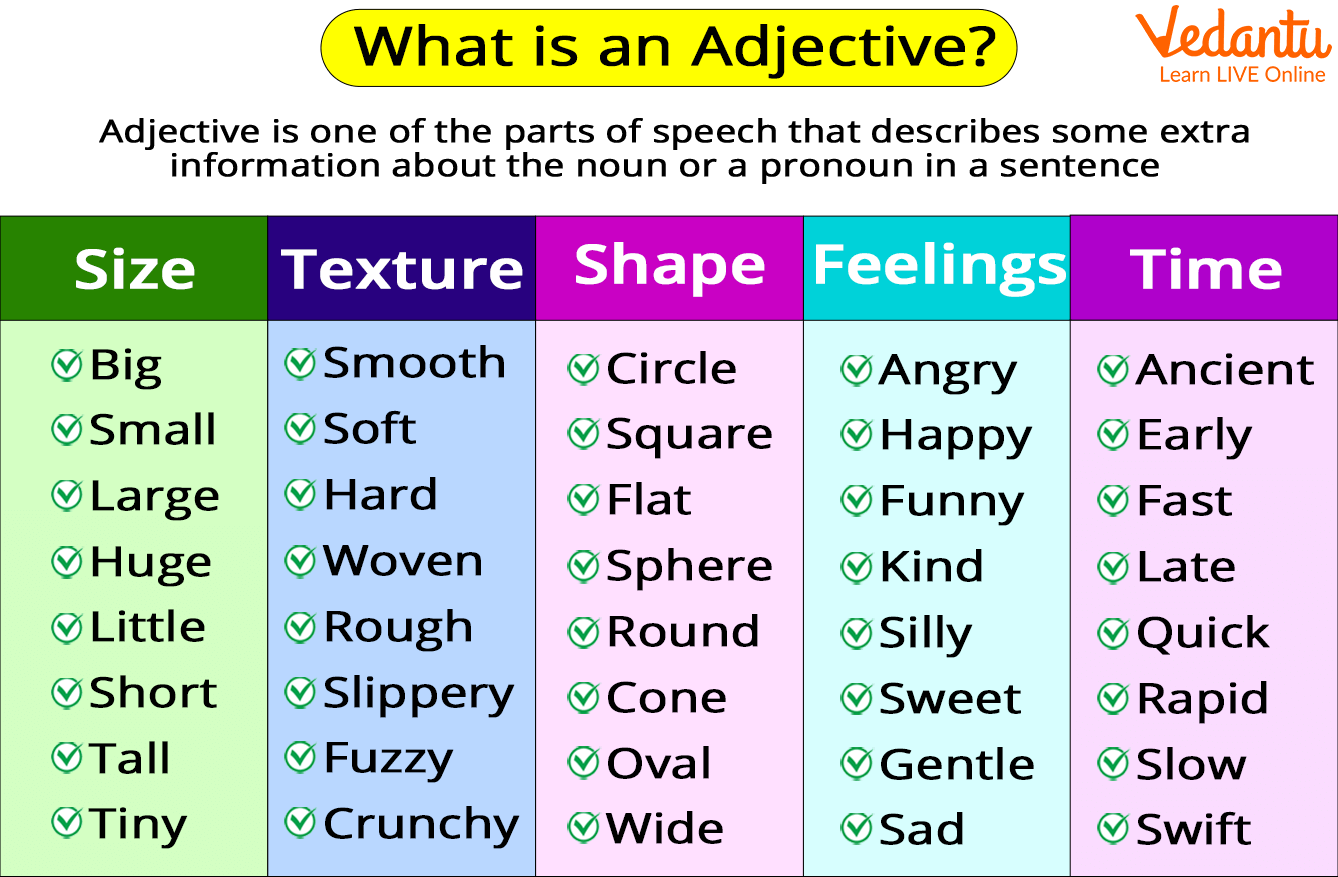 More on Adjectives and their Types

Adjectives are commonly thought of as words, although they are phrases or clauses that can be used adjectivally. The phrase ‘wearing a hat’ modifies the noun man in the sentence "The man wearing the hat winked at me." Hence, it is an adjective phrase. In the sentence "The man, who was carrying a book, winked at me," the clause ‘who was carrying a book’ is an adjective clause since it modifies the noun ‘man’. 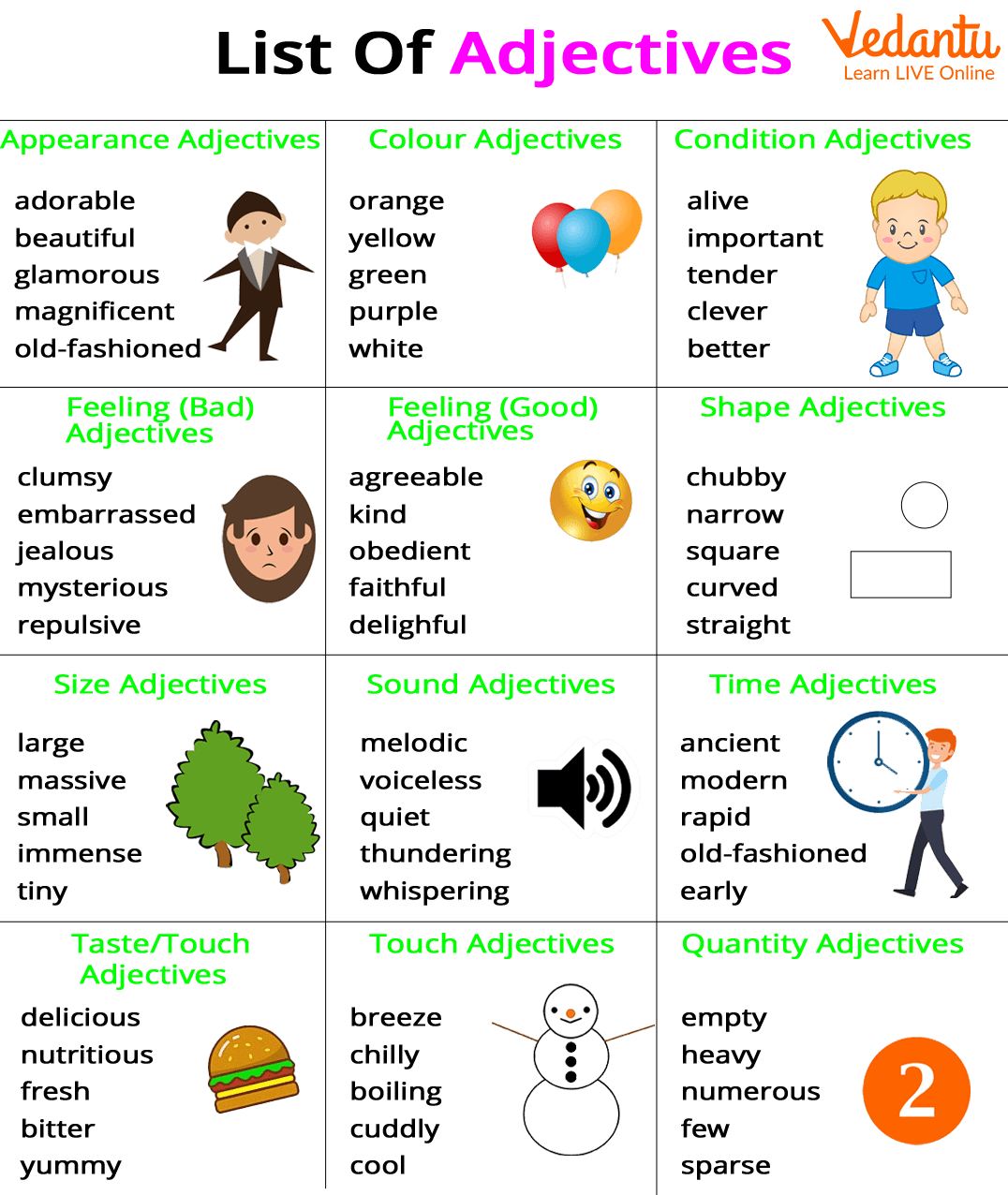 Now, we're going to increase your vocabulary of adjectives that define size by providing you with a lot more words to describe huge and little items. To begin, we'll list some synonyms for the words "big" and "small," and offer some instances of how to use these adjectives so you can see how they're used in context.

It also provides a descriptive idea of the same noun, allowing us to determine the right meaning and state of the article. The meaning of a sentence is completely influenced by the adjective. Its existence adds to the sentence's intrigue.

We hope you have understood what adjectives are and how they are used. You can now expand your vocabulary of adjectives on small and big by taking a note of all the synonyms we have discussed here. To enhance your knowledge of other parts of speech in English grammar, head over to our website today!

FAQs on Adjectives - Big and Small Adjectives, and Their Importance

1. What are the adjective rules?

Multiple adjectives are always rated in the following order: opinion, size, age, form, colour, origin, substance, and purpose. Unlike many other grammar or syntactic rules, this one is practically unbreakable, even in casual speech.

2. What distinguishes the adjective little from others with comparable meanings?

Small adjectives are also known by the terms diminutive, little, miniature, minute, and tiny. While all of these phrases indicate "much smaller than average," small and little are sometimes interchanged, but small refers to relative size as assessed by capacity, value, and number.