Introduction to the d and f Block Elements

The d- and f- Block Elements is an important topic of the NEET Exam. Physical properties, chemical properties, oxidation states, electronic configuration of d and f block elements  and some important compounds of the d-block element are all significant topics. We will explore everything about the characteristics of transition metals, in this article. This article provides an example of the types of questions that might be asked about this subject.

Important Topics of the p-Block Elements

General Trends in Properties of the First row Transition Metals

Maximum transition elements and compounds are paramagnetic due to presence of unpaired electrons.

Preparation and Properties of K2Cr2O7 and KMnO4

Electronic Configuration: The atom  these elements have a common electronic structure of 6s2 but a varied occupancy of the 4f level. All tripositive ions (the most stable oxidation state of all lanthanoids) have electronic configurations of the form 4fn (n=1 to 14 with increasing atomic number).

Lanthanoids Contraction and its Consequences

Example 1: Lanthanide contraction is caused due to:

(c) the same effective nuclear charge from Ce to Lu.

Solution: The decrease in the atomic, as well as ionic radii with an increase in the atomic number, is referred to as lanthanoid contraction. While increasing from La+3 to Lu+3 in a lanthanoid series, the size of the ion reduces. This reduction in the size in the series is called the lanthanoid contraction. This phenomenon arises because of the imperfect shielding of a 4f electron by a different election from the same subshell.

Therefore, the correct answer is (d).

Key point to remember: The spin magnetic moment is,

Question 1:  Which one of the following ions exhibits d-dtransition and paramagnetism as well?

Question 2: The calculated spin only magnetic moment 2+Cr ion is :

(a) Interstitial compounds are those that are formed when small atoms like H, C or N are trapped inside the crystal lattices of metals.

(d) The transition metals and their compounds are known for their catalytic activity due to their ability to adopt multiple oxidation states and to form complexes.

The correct option is (c).

Trick: The transition metals have a tendency to form interstitial compounds and act as catalysts. Reducing power depends on standard electrode potential.

Question 1: The atomic numbers of vanadium (V), chromium (Cr), manganese (Mn) and iron (Fe) are 23, 24, 25 and 26 respectively. Which one of these may be expected to have the highest second ionization enthalpy?

Question 2: What would happen when a solution of potassium chromate is treated with an excess of dilute nitric acid?

In this article, we studied the d- and f- Block Elements. And we studied electronic configuration of d and f block elements, oxidation states, magnetic properties, catalytic property, colour, alloy formation and the preparation and properties of some compounds. And also we know the physical and chemical properties of the d- and f- Block elements as well as their some common compounds. This article explained difference between d and f block elements.

Hence, this chapter is important not only for competitive exams like JEE or NEET but also in better understanding the study of d- and f- Block elements and their compounds.

View All Dates
NEET 2022 exam date and revised schedule have been announced by the NTA. NEET 2022 will now be conducted on 17-July-2022, and the exam registration closes on 20-May-2022. You can check the complete schedule on our site. Furthermore, you can check NEET 2022 dates for application, admit card, exam, answer key, result, counselling, etc along with other relevant information.
See More
August

View all study material for NEET
All
Physics
Chemistry
Biology 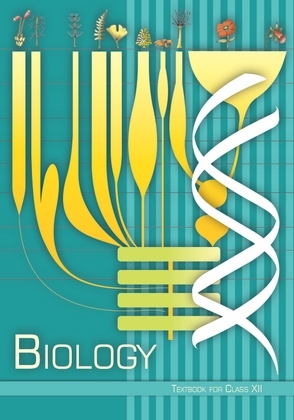 View all mock tests
"NEET 2022 free online mock test series for exam preparation are available on the Vedantu website for free download. Practising these mock test papers of Physics, Chemistry and Biology prepared by expert teachers at Vedantu will help you to boost your confidence to face the NEET 2022 examination without any worries. The NEET test series for Physics, Chemistry and Biology that is based on the latest syllabus of NEET and also the Previous Year Question Papers."
See More
NEET- Mock Test
3 hr  • 180 questions • OBJECTIVE
Attempt now

The NEET 2022 result will be published by NTA on https://neet.nta.nic.in/ in the form of a scorecard. The scorecard will include the roll number, application number, candidate's personal details, and the percentile, marks, and rank of the candidate. Only those candidates who achieve the NEET cut-off will be considered qualified for the exam.
See More
Rank List
Counselling
Cutoff
NEET 2022 state rank lists will be released by the state counselling committees for admissions to the 85% state quota and to all seats in private medical and dental colleges. NEET 2022 state rank lists are based on the marks obtained in entrance exams. Candidates can check the NEET 2022 state rank list on the official website or on our site.
The NTA will conduct NEET 2022 counselling at https://www.mcc.nic.in/. There will be two rounds of counselling for admission under All India Quota (AIQ), deemed and central universities, AIIMS, JIPMER, ESIC, and AFMC. A mop-up round of NEET counselling will be conducted excluding 15% AIQ seats, while the dates of NEET 2022 counselling for 85% state quota seats will be announced by the respective state authorities.
NTA is responsible for the release of the NEET 2022 cut off score. The qualifying percentile score might remain the same for different categories. According to the latest trends, the expected cut off mark for NEET 2022 is 50% for general category candidates, 45% for physically challenged candidates, and 40% for candidates from reserved categories. For the general category, NEET qualifying marks for 2021 ranged from 720-138 general category, while for OBC/SC/ST categories, they ranged from 137-108 for OBC, 137-108 for SC and 137-108 for ST category.

FAQs on NEET Chapter: The d and f Block Elements

1. Why Zn is not a transition metal?

Elements whose d-orbital is partially filled in the ground states or in any one of the oxidation states of the element are known as transition elements. Zinc has completely filled d-orbital in its ground state as well as in Zn2+ state. Therefore, Zn is not a transition metal.

The all-around decrease in the atomic, as well as ionic radii with an increase in the atomic number, is referred to as lanthanoid contraction. While increasing from La+3 to Lu+3 in a lanthanoid series, the size of the ion reduces. This reduction in the size in the series is called the lanthanoid contraction. This phenomenon arises because of the imperfect shielding of a 4f electron by a different election from the same subshell.

3. Explain the characteristics of f-block elements?

NEET 2022 To Be Conducted Again At Sriganganar Centre