English grammar is one of the most important things to learning a language. It is a  set of rules for making the words and arranging them with the correct meaning. It is the second language for students in school. It is the study of words, and how they are used and work in a sentence. When we speak we use this English grammar. It helps to complete sentences in a proper way. It is a language rule that we use to create phases, nouns, and sentences. In this, we will study nouns, pronouns, adjectives, verbs, conjunctions, articles, tenses, and use of the words like A, An, and The. 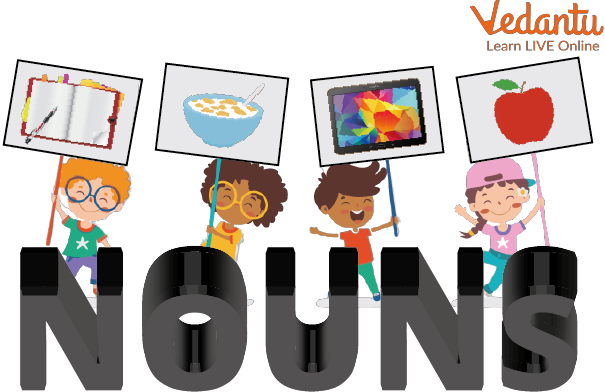 Adverb:- An Adverb is a word that tells something more about verbs like daily, quickly, on, inside, under, above, here, early, late, happily, loudly, today, tomorrow, slow, and fast.

Pronouns:- A pronoun is a word that we use in place of a noun. Conjunction:- A conjunction is a word that joins two nouns and sentences like and, or, nor, but, for, yet, so, because, before, after.

Preposition:- A preposition is a word or group of words used before a noun or pronoun to show direction, place, time, a location like it, on, at.

Tenses:- In Class 2 only simple past tense,  simple present tense and Simple future sentence is studied.

For example:-  I watched.

For example:- You will come.

Q 1.  Underline the Noun in the given sentences:-

Q 2.  Underline the verb in the given sentences:-

Q 3. Underline the adjective in the given sentences:-

Q 4. Underline the Adverb in the given sentences:-

In this article, we discussed basic English grammar for class 2.  Various topics of grammar such as nouns, pronouns, adjectives, conjunctions, etc. were used to explain the topic. English grammar worksheets for class 2 are also shared to get conceptual clarity.

1. Underline the 5 Nouns from the given paragraph.

Mona lives in London. She likes to eat givens. She loves playing with dolls.

She loves chocolates. She went to the zoo with his family.

The five nouns in the above paragraph are given below:

2. What is the conjunction? Give one example.

Conjunction is a part of speech that is used to connect two or more words that are two different words, clauses, phrases, and nouns. There are seven types of coordinating conjunctions: for, or, and, nor, yet, so, but, although, because, etc.

Example-  Nisha is good at dancing but poor at singing.

In this example but is a conjunction because there is a connection between two things: singing and dancing.

He cried because she hurt his knee.

In this example because is conjunction.