The Story of Manu for Kids

The Legend of the First Human - Manu

You must have heard people asking what came first, the chicken or the egg. Have you ever wondered who was the first human being on earth? Who started the human race? We are sure you must have thought about it! It is Manu. That’s right! Manu is considered to be the first human as per Hindu mythology. Do you know how he saved the Earth and recreated it? If your answer is no, then we have brought you the story of Manu. Read ahead to know more about this! 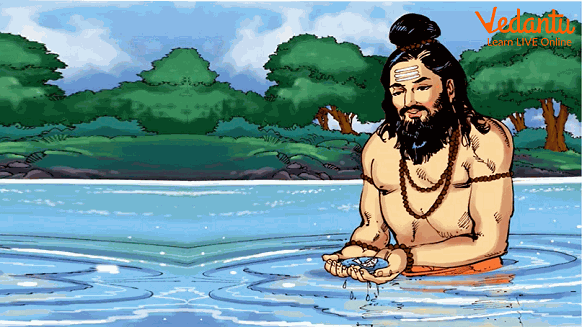 Manu and the Little Fish

A very long time ago, a wise and holy man named Manu lived in a forest. He was a righteous person who devoted himself to religious disciplines. One sunny morning, as he sat down by a river to meditate, a little fish called out to him. It said, “Please help me, Manu. I’m afraid of the big fish who would eat me. I’ll reward you when the time comes.”

Manu vowed to protect the little fish. He took it in his hands and placed it into a puddle. He took care of it and catered to all its needs. Soon it outgrew the puddle and had to be transferred to a small pool. In less than a year, it became too big for the pool and Manu took it to a pond nearby and continued to look after it. Another year elapsed and the fish was no longer able to stay in the pond. With much effort, Manu had to then transfer it to a large lake. Again in some time, the fish swam up to Manu and said that it could no longer stay in the river for its huge size. He requested, “Could you guide me to the mighty ocean? The ocean will now be my home.” 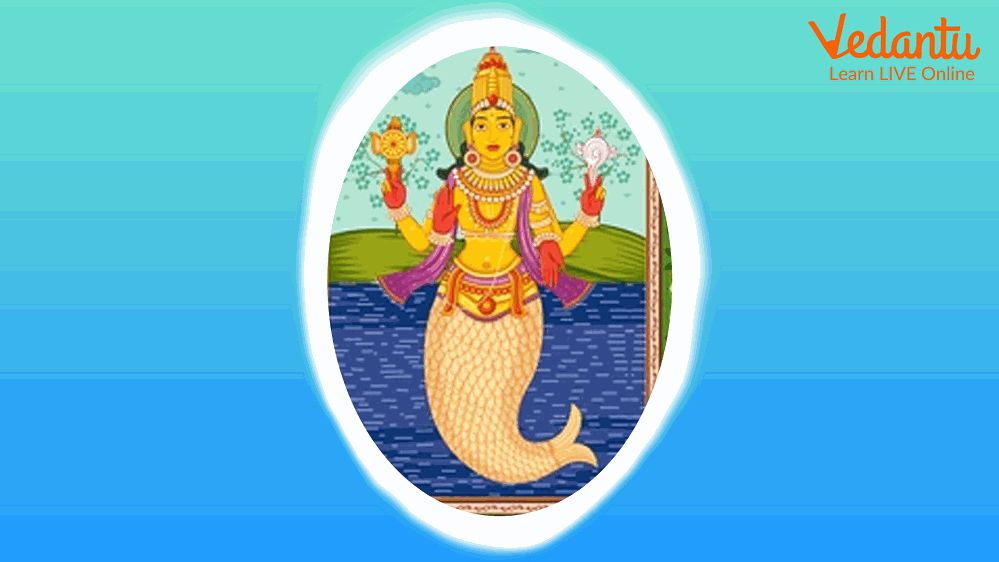 The Fish as Lord Vishnu

When the fish reached the ocean, it turned to Manu and said, “Manu you must have guessed that I am no ordinary fish. I am Lord Vishnu.’’ Manu was surprised to know that. He bowed and paid his respects to the fish. The fish then told him that a destructive flood would soon arrive and wash out every evil and all living things would cease to live. Lord Vishnu, the fish, instructed Manu to return to his dwelling and build a huge ark. He added, “Make sure to tie a rope to the prow of your vessel. Take the seeds of all plants on this planet and the living creatures too.” He promised to return to him and save them all.

On the Day of the Flood 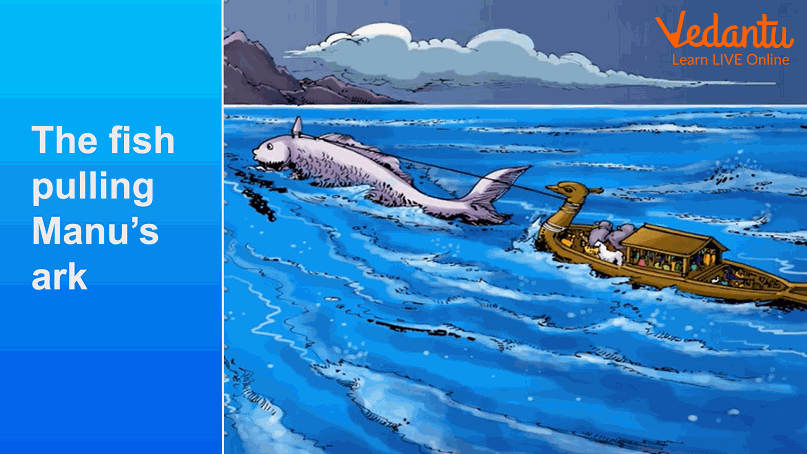 The sky was covered with dark clouds and it started to rain quite heavily. True to the words of Lord Vishnu, soon the devastating flood had arrived. Manu followed every word of Lord Vishnu and set out on his ark. As they sailed through the tempestuous storm, the fish with a huge bright horn on its head, just like the Narwhal, appeared before Manu’s vessel. Manu tied the other end of the rope into a loop and threw over the fish’s horn. Lord Vishnu then took them to a rocky peak that seemed to be a safe spot. Once ashore, He let loose of the rope.

Vishnu then told Manu that they were safe and the flood was over. He further instructed him to start afresh and re-create the world. He was asked to plant the seeds and grow trees, create humans, demons, birds and animals. Vishnu blessed him with power, wisdom and creativity to regenerate the destroyed Earth and perform his tasks. And this is how Manu became the first human and the birth giver of humankind.

So this is the story of Manu and how he created a new world from the destroyed one. There are some important qualities to learn from this story. Manu shows us the importance of being merciful and helpful. Since he pitied the fish and took care of it, Lord Vishnu rewarded him. He was chosen to save the world. You can read a lot more of such amazing stories from the huge collection on our website. We also have grammar and language lessons as well as worksheets. Check them out!

FAQs on The Story of Manu for Kids

1. Who was the little fish? How did it reward Manu?

The little fish was Lord Vishnu. He appeared in the form of a fish and asked for Manu’s help. He was scared that the big fish would attack and eat him so he asked Manu to save him. Manu showed mercy and tended to the fish all along and thus when the flood destroyed everything, Manu was saved by Lord Vishnu and chosen to create the world anew. In this way, Lord Vishnu or the fish rewarded Manu.

2. What did the fish tell Manu when it reached the ocean?

When the fish became too large and could not stay in the river any longer, it requested Manu to guide it to the ocean. On reaching the ocean, the fish told Manu that it was Lord Vishnu. He further added that a devastating flood would soon wash off everything on Earth and destroy it completely. Manu was instructed to build an ark, take the seeds of all plants and the living creatures on it and wait for Lord Vishnu. He left with a promise to return to save them from the flood.