With the help of labeled diagrams describe the structure of an artery, a vein, and a capillary. State how each of these is adapted for its functions.

Complete answer:
The structure of blood vessels: The walls of arteries and veins are made up of three layers consisting of an inner lining of squamous epithelium, a middle layer of smooth muscles and elastic fibers known as tunica intima, and an external layer made up of collagen fibers known as tunica externa.
Arteries: Arteries and arterioles have thicker walls because of the high-pressure blood flowing in them as they receive the blood directly from the heart. The thicker walls and narrow diameters give the appearance of a rounded wall during a cross-sectional view.
Veins: The pressure of the blood when it reaches veins has diminished significantly as it flowed throughout the body in arteries and capillaries. Thus veins have to withstand comparatively low pressure and as a result, have a thin wall and a larger lumen. The tunica media is thicker in veins compared to the arteries. Veins also have valves in order to prevent the backflow of the blood.
Capillaries: The major function of the capillary is to exchange nutrients, waste, and oxygen with the tissues and thus have a thin wall to allow the exchange of materials across it. Capillaries are known as the smallest blood vessels as they are formed by the continued division of arteries. 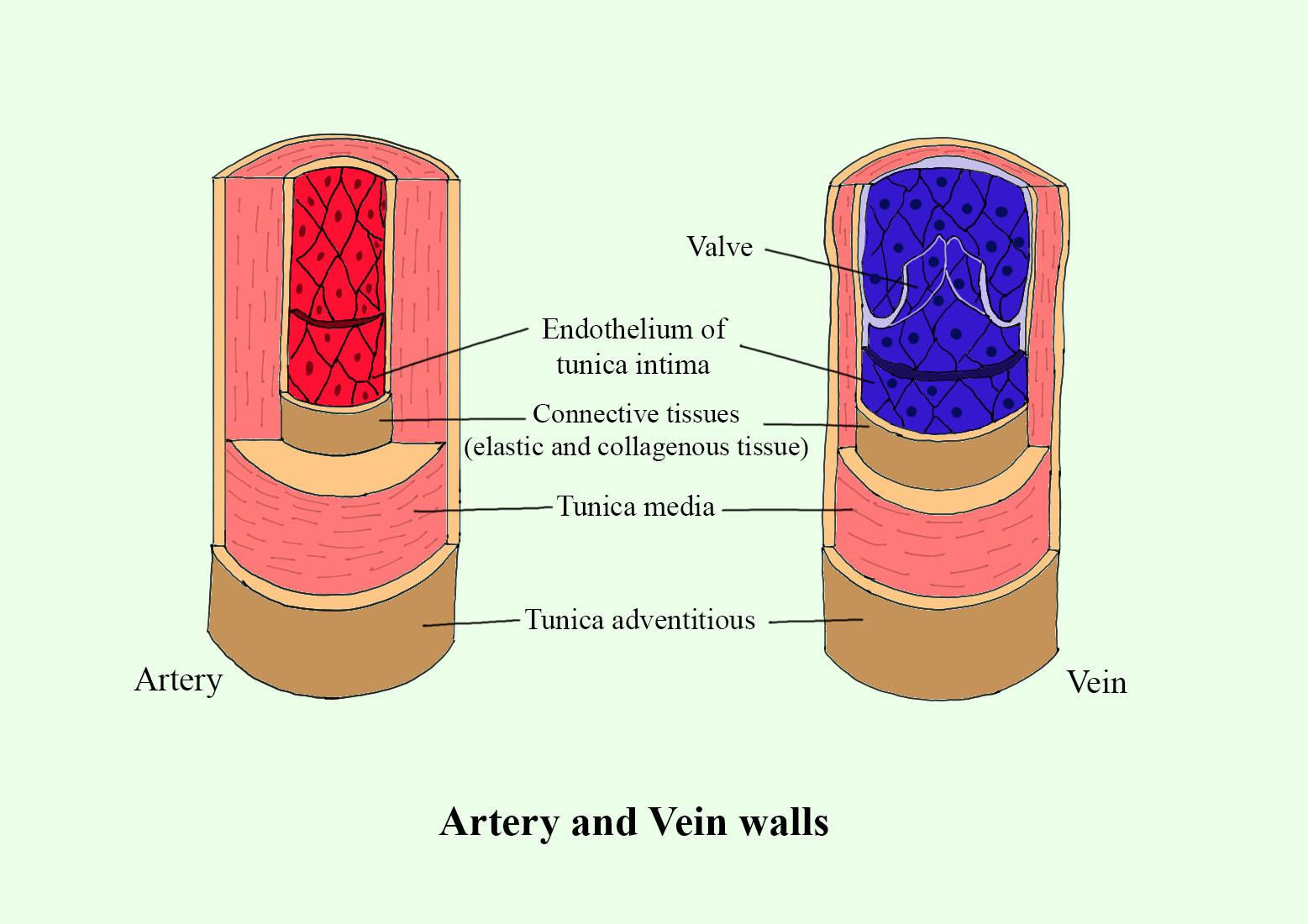