What is the lithosphere ?

Verified
129k+ views
Hint: Earth is made up of four main spheres and that is lithosphere, hydrosphere, biosphere and atmosphere but there are also some sub-spheres which are part of these spheres. So, taking all of them our earth has 17 spheres. But here we had to only explain about the lithosphere.

Complete answer:
Now as we know that starting at the centre, Earth is composed of four distinct layers. They are, from deepest to shallowest, the inner core, the outer core, the mantle and the crust.
And the sphere of the Earth which consists of the crust and the upper part of the mantle is known as the lithosphere and it is the outermost sphere of the solid Earth.
Or in other words we can define that the lithosphere is the area that the biosphere (the living things on earth) inhabit and live upon.
Lithosphere is also the source of almost all of our resources, and is rich in elements like iron, aluminium, calcium, copper and magnesium, which are used by humans in their day to day life for tools and machinery.
And when the lithosphere interacts with the biosphere, organic compounds can become buried in the crust, and dug up as oil, coal or natural gas that we can use for fuels are formed and when lithosphere combines with the atmosphere and hydrosphere, it provides a stable source of nutrients for life. 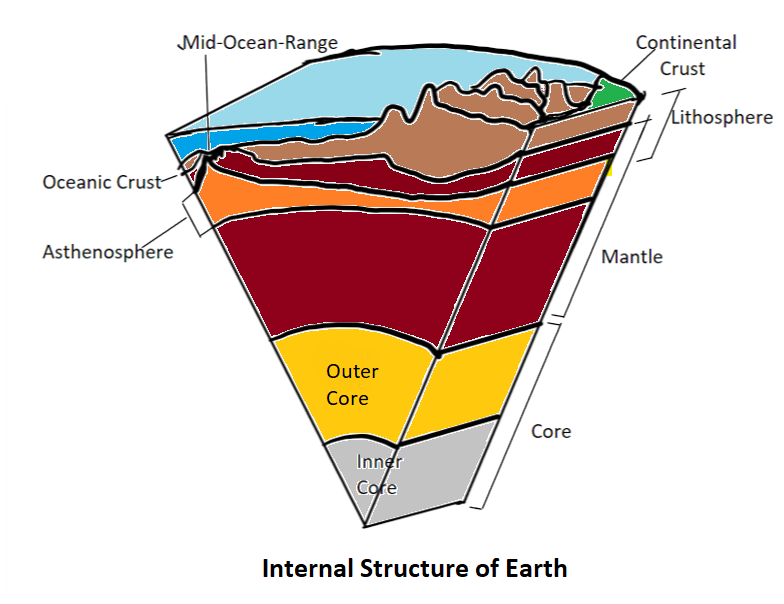