The lengths of two sides of an isosceles triangle are $15$ and $22$, respectively, what are the possible values of perimeter? 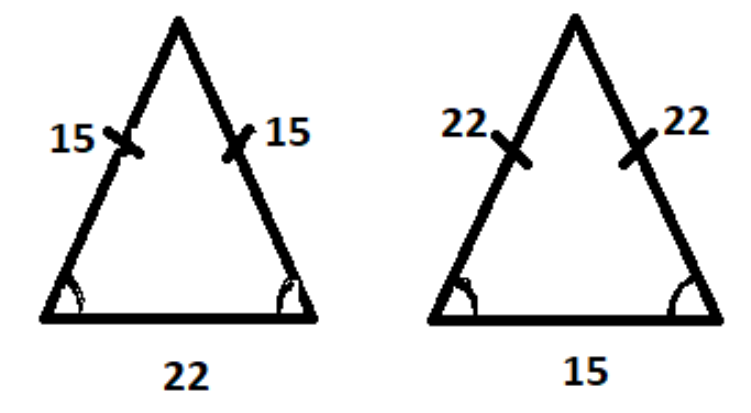