Complete answer:Most of the cytotoxic T cells express T-cell receptors (TCRs) that can recognize a specific antigen.
An antigen is any molecule capable of stimulating an immune response. Antigens inside a cell are bound to class I MHC molecules, and brought to the surface by the class I MHC molecule, where they can be further recognized by the T cell.

If the TCR is specific for that antigen, to the complex of the class I MHC molecule and the antigen, and the T cell destroys the cell. To enable the TCR to bind to the class I MHC molecule, it must be accompanied by a glycoprotein like CD8, which binds to the constant portion of the class I MHC molecule.
Therefore, these T cells are called CD8+ T cells. CD8+ T cells are recognized as TC cells once they get activated and are basically classified as having a major cytotoxic role within the immune system.
A cytotoxic T cell, also known as CD8+ T-cell or killer T cell is a T lymphocyte (a type of WBC) that destroys cancer cells, cells that are infected with viruses, or cells that are damaged. They have a CD - 8 marker on their cell membrane.
When cytotoxic T cells identify and bind to their target, they produce more FasL at their surface. This binds with the Fas on the surface of the target cell ultimately leading to its death. 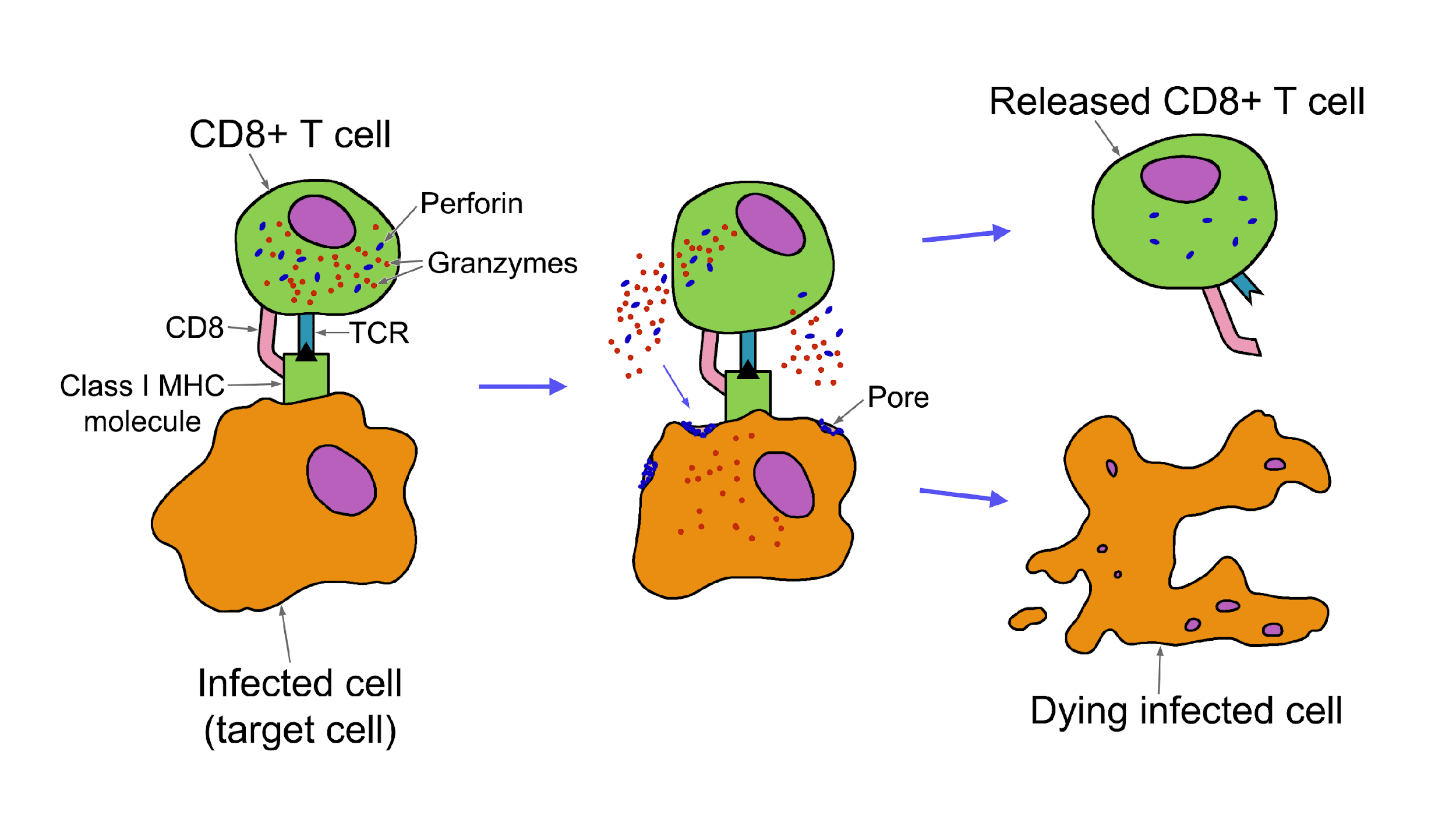 So, the correct answer is ‘T-cytotoxic cells’.