We know that wall brick will be of the cuboid shape and the wall is constructed using the bricks. It means the volume of the total number of bricks involved to construct the wall should be equal to the volume of the wall because volume represents capacity of any solid within itself.
Let there be ‘n’ bricks involved to construct the wall of a given dimension.
So, we know the volume of any cuboid with given measurement as
Volume of cuboid \[=length\times breadth\times height\] ……………………………….(i)
Now, we have dimension of wall as
Length \[=9m\]
Height \[=6m\]
Breadth (thickness) \[=20cm\] 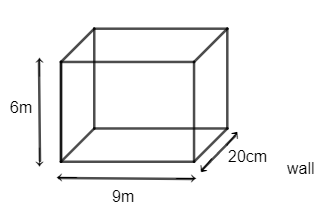 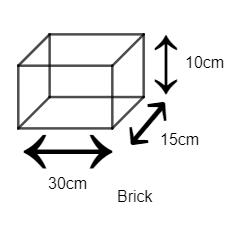 Note: Equating volume of both the rectangular cuboids (bricks and wall) is the key point of the question. One may get confused and he/she tries to equate the surface areas of both of them which is the wrong approach as the surface area of the bricks and wall are not equal as Area does not represent the capacity of any solid.
Conversion of units of any dimension is the key point of the question as well. Try to use ‘cm’ or ‘m’ for representing the dimension, i.e. use only one unit for these kinds of questions.

Surface Area of a Prism Formula