Note: The equations can also be solved graphically. The point of intersection of the lines represented by equation $(i)$ and equation $(ii)$ will give the values of $x$ and $y$. 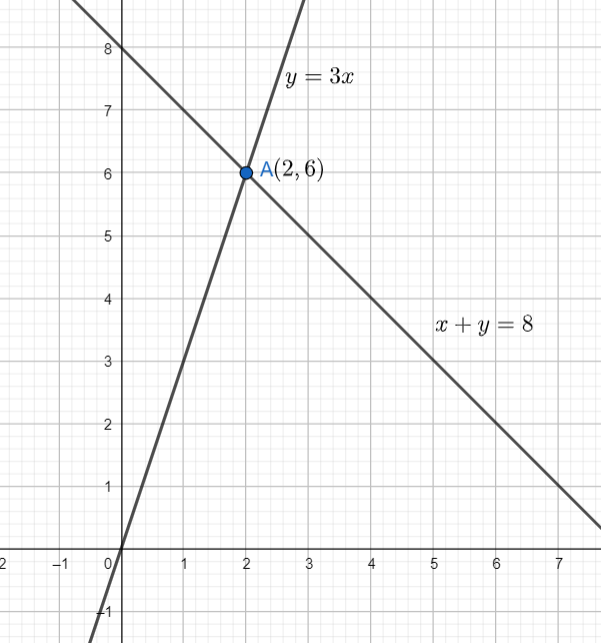