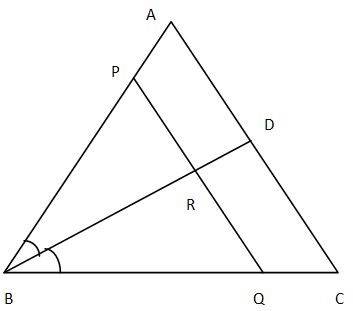 Note: - The intercept theorem, also known as Thale’s theorem or basic proportionality theorem, is an important theorem in elementary geometry about the ratios of various line segments that are created if two intersecting lines are intercepted by a pair of parallels. In order to use the Intercept theorem, the first and foremost thing is to recognize the triangle correctly.