Complete step by step answer:
We are given two geometrical figures - a square and a rectangle.
Both have the same perimeter.
We are also given some of their dimensions:
Side of the square = 40 cm 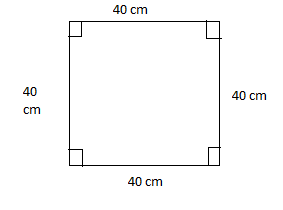 Note:
You may come across questions where width is used instead of breadth. However, both mean the same.
×
Sorry!, This page is not available for now to bookmark.
Bookmark added to your notes.
View Notes
×

Difference Between Square and Rectangle

The Perimeter of Rectangle Formula