Thermodynamics is a branch of science that investigates heat, work, and temperature, as well as its connections to energy, radiation, and physical properties of the matter. The four laws of thermodynamics govern the behaviour of these values. It provides a quantitative description based on quantifiable macroscopic physical quantities, but statistical mechanics may be able to describe it in terms of microscopic elements.

Thermodynamics is the study of heat and energy with various physical transformations and chemical processes. It deals with the study of the energy transfer of a system with its surroundings. Energy in the form of heat can be absorbed or released by a reaction, and phase transitions like boiling and melting can do the same. The entropy of a reaction is used to assess whether it is favourable or unfavourable, spontaneous or nonspontaneous. It can also be used to calculate how much of each product and reactant is required in a complete reaction.

State of a System and State Variables

Thermal Equilibrium: It is conceivable if the temperature remains constant, that is if there's no heat transfer between the system and the surroundings.

Heat may be replaced at enthalpy at constant pressure.

The heat of reaction (in a chemical process) or the heat change under constant pressure is denoted by the letter H.

Example 1: The entropy of a system approaches a constant value as the temperature ______.

Key point to remember: Third Law of Thermodynamics: The entropy of all perfectly crystalline solids approaches zero when the temperature approaches absolute zero

Example 2: Which of the following statements is correct?

Key point to remember: Definition of a closed system. In a closed type of system, there can be an interchange of energy with its surroundings in the form of heat, work, or radiation, but not matter.

Question 1:  The internal energy change in a system that has absorbed 2 kcals of heat and done 500 J of work is:

Trick: First Law of thermodynamics: Change in internal energy = Heat added to the system +Work done on the system. 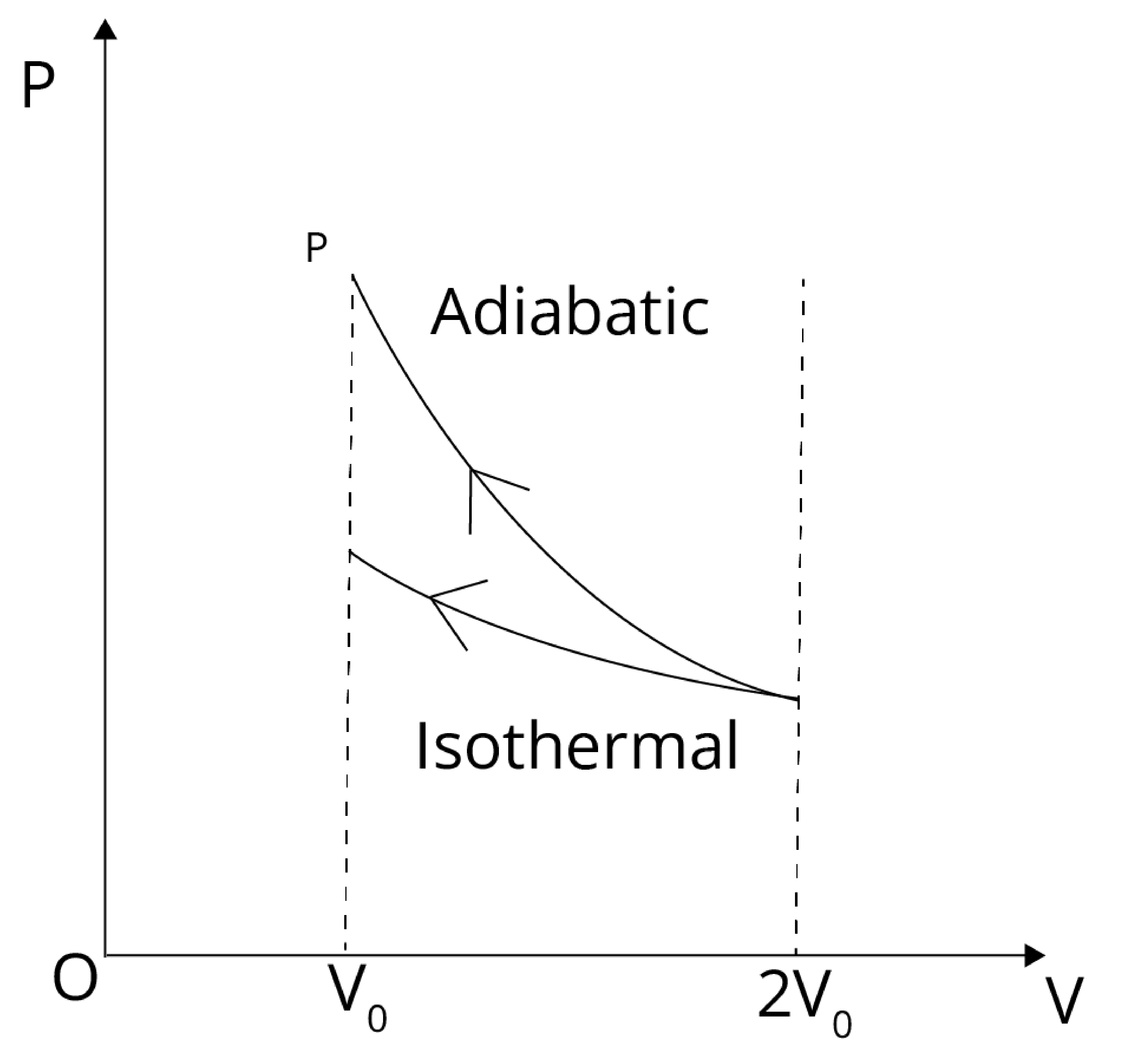 Trick: The isothermal process is carried out at a steady temperature in this procedure. E = 0 is the result of dT = 0. There is no heat exchange between the system and its surroundings in an adiabatic process. The adiabatic system is thermally isolated with dQ = 0 and insulated borders.

Question 3: An ideal gas is compressed to half its initial volume by means of several processes. Which of the processes results in the maximum work done on the gas? 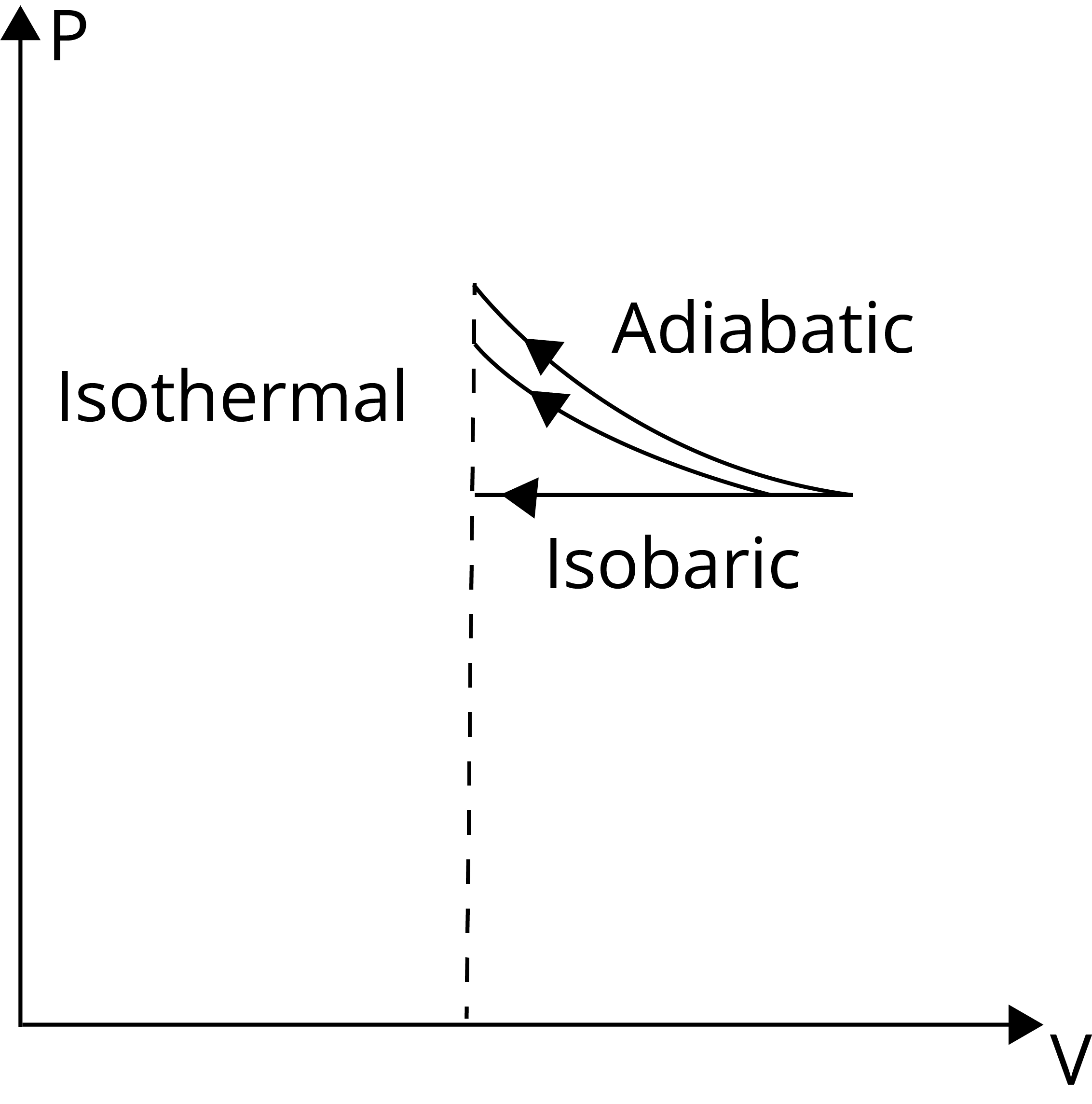 Trick: There is no heat exchange between the system and its surroundings in the adiabatic process. The system is thermally isolated with dQ = 0 and insulated borders.

Question 1: The entropy of a flawless crystal is 0 at absolute zero. In thermodynamics it is referred to as:

Question 2: The direction of any chemical reaction at constant pressure and temperature is one in which the ______ decreases.

Thermodynamics is the study of how one body interacts with another in terms of heat and work. In this context, a system is defined as a quantity of substance or a location in space under investigation. Anything that exists outside of the system is referred to as the environment.

1. How many questions are asked from Thermodynamics in NEET?

2. What are  the important topics that must not be missed from Thermodynamics for the NEET exam?

Compared to other chapters, questions asked from this chapter thermodynamics for NEET exam are not too difficult. Frequent questions are asked related to efficiency of heat engines and laws of thermodynamics. Students must go through thermodynamics notes before starting solving numerical problems.

3. How to get a good score in the NEET exam  to get into the best medical colleges?

NEET exam is not a very tough exam to crack. Getting around 600 marks can get you a seat in one of the best medical colleges. All you have to do is learn the concepts and solve all the questions in NCERT CBSE class 11 and class 12 along with solving  last 20 years previous year NEET  question papers.