Hydrocarbons play an important role in our everyday lives. You should be familiar with the words "LPG" and "CNG'' when it comes to fuels. CNG stands for compressed natural gas, whereas LPG stands for liquefied petroleum gas. Another word in use these days is 'LNG' (liquified natural gas). This is also a fuel that is made from natural gas liquefaction. Fractional distillation of petroleum located beneath the earth's crust yields petrol, diesel, and kerosene oil. Coal gas is made by distilling coal in a damaging manner. During the drilling of oil wells, natural gas is discovered in the upper strata.

Important Definition of preparation properties and reactions of Hydrocarbons

The term 'hydrocarbon' is self-explanatory and refers to just carbon and hydrogen-based substances. Polymers such as polythene, polypropene, and polystyrene are also made with hydrocarbons. Paint solvents are made up of higher hydrocarbons. They're also employed as raw materials in the production of a variety of colours and pharmaceuticals. As a result, you can appreciate the significance of hydrocarbons in your daily life.

Carbon-carbon and carbon-hydrogen single bonds are found in saturated hydrocarbons. Alkanes are formed when distinct carbon atoms are linked together to form an open chain of carbon atoms with single bonds.

Aromatic hydrocarbons are a sort of cyclic compound that contain pi electrons arranged in an alternate manner. 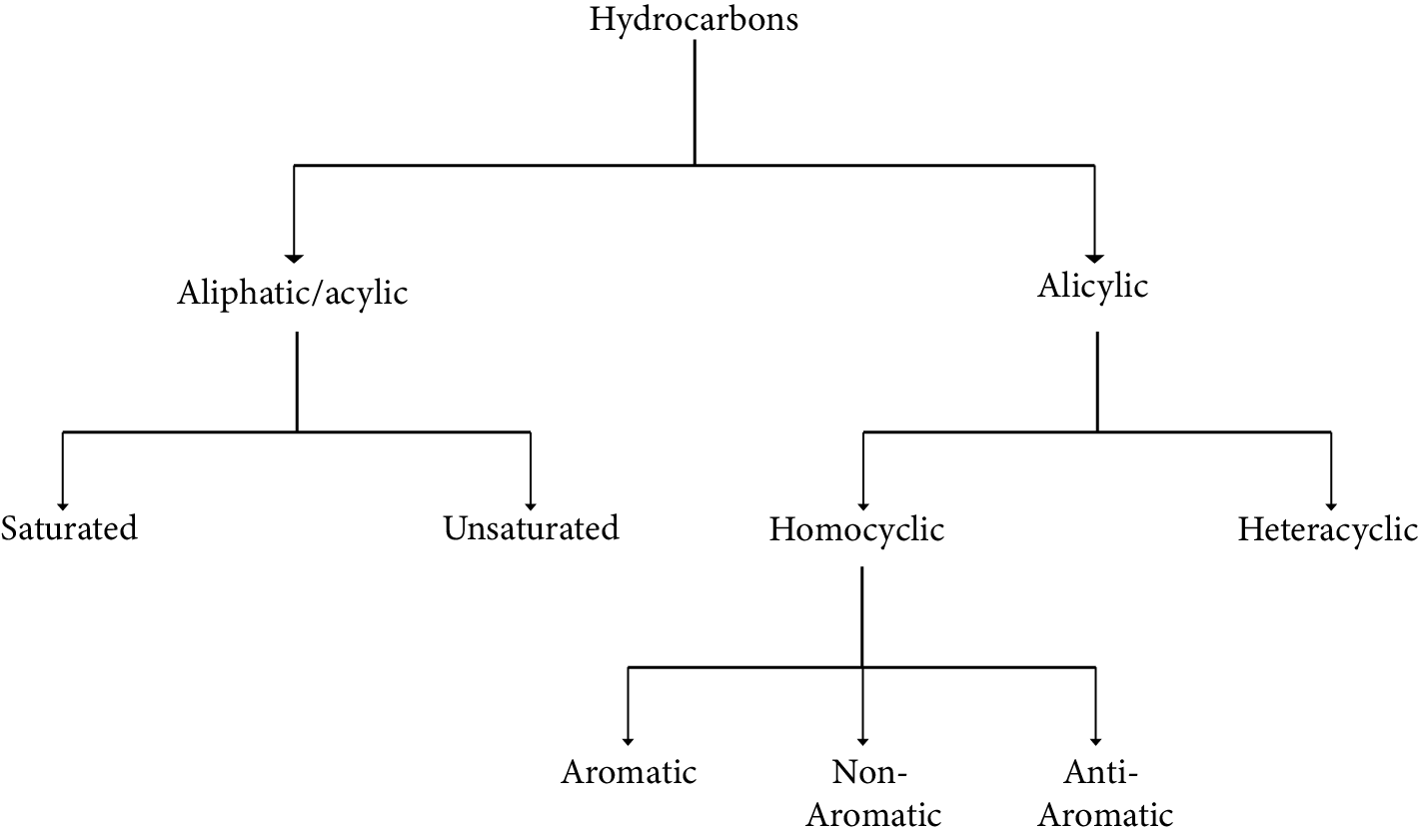 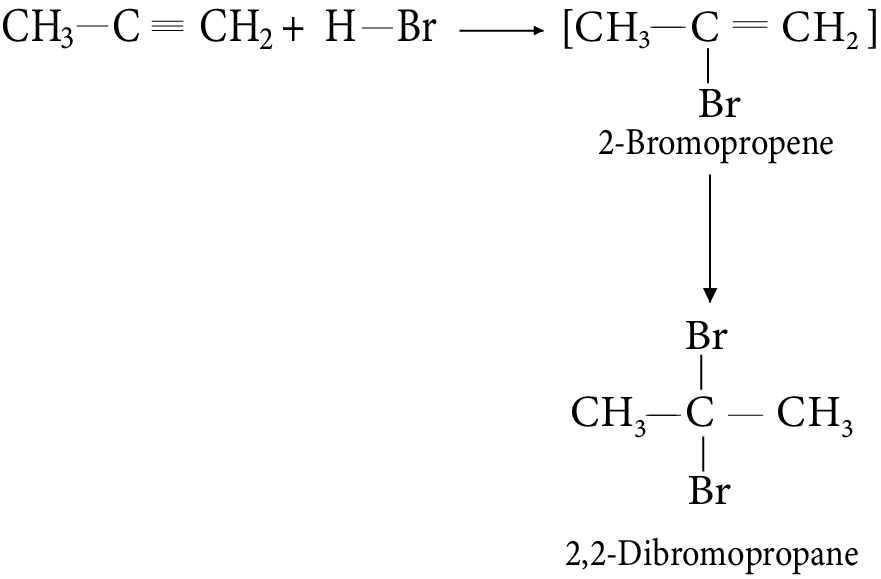 Normally, alkanes resist oxidation, however potassium permanganate can oxidize alkanes with a tertiary H atom to the equivalent alcohols. 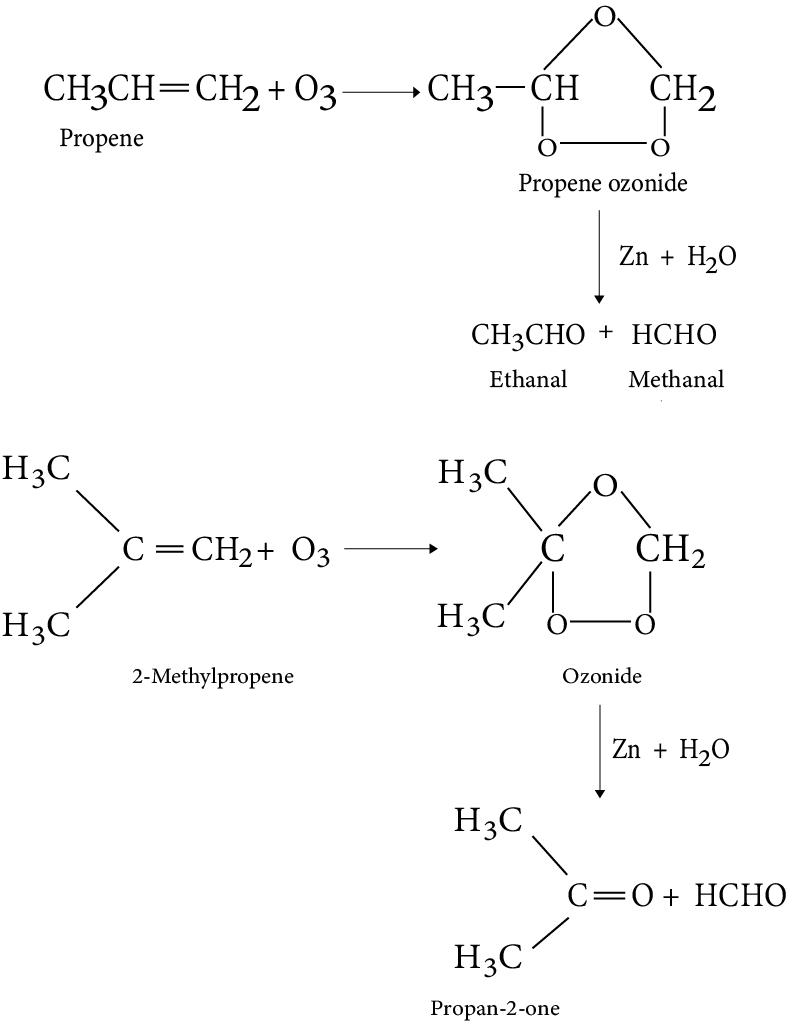 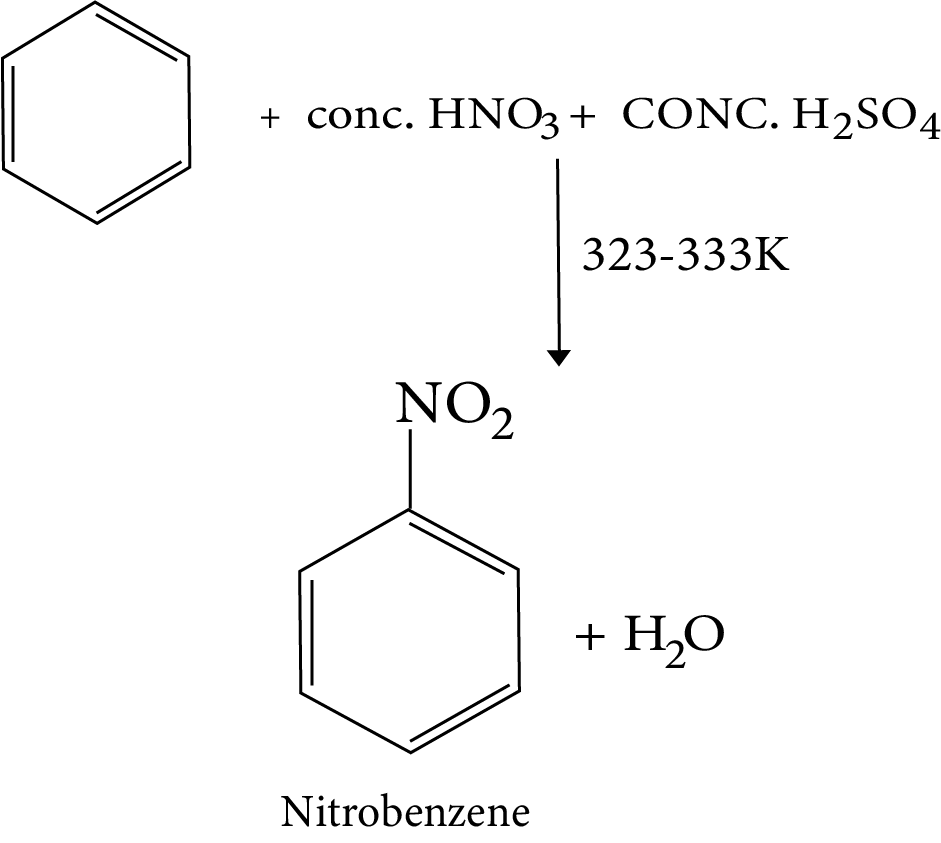 15. Reaction in excess of lewis acid

1. The addition of HBr to propene yields 2-bromopropane, while in the presence of benzoyl peroxide, the same reaction yields 1-bromopropane. Explain and give the mechanism.

Ans: While in the presence of benzoyl peroxide, the same reaction yields 1 - bromopropane. This is in accordance with anti-Makovnikov's rule. This happens in presence of peroxide and with HBr only. The reaction proceeds through free radical mechanism. 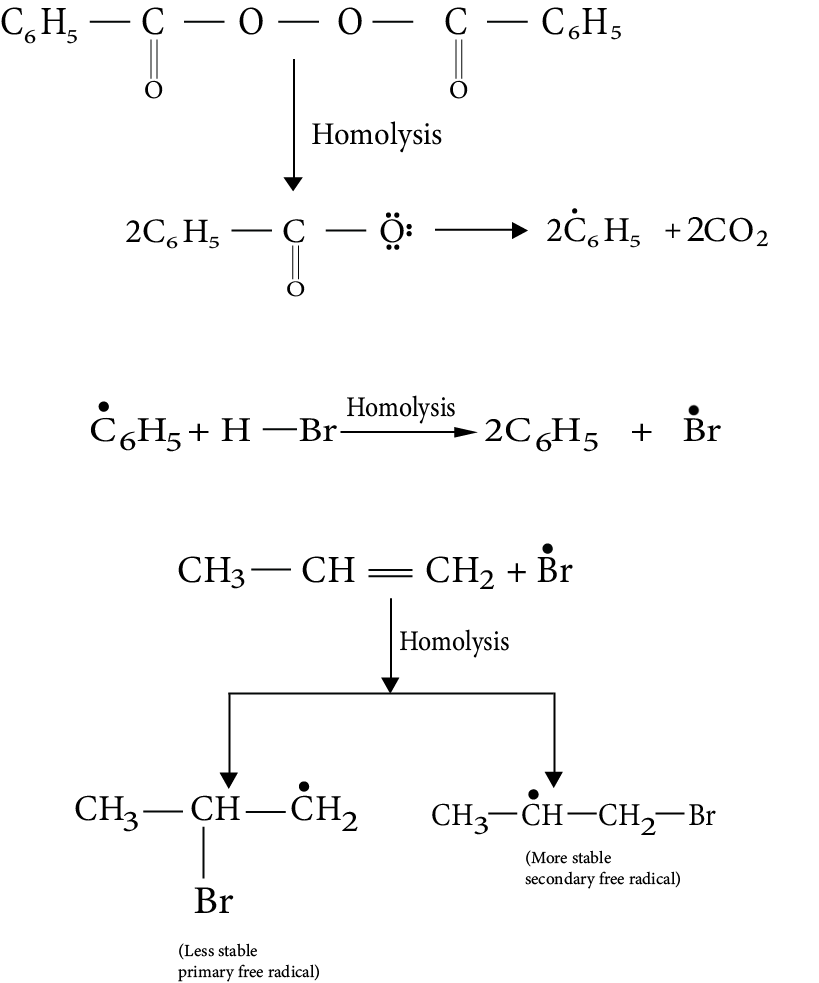 2. Why is the Wurtz reaction not preferred for the preparation of alkanes containing an odd number of carbon atoms? Illustrate your answer by taking one example.

Ans: Wurtz reaction not preferred for the preparation of alkanes containing an odd number of carbon atoms because if we take two dissimilar alkyl halide as a reactant, the product will be a mixture of alkane but the reaction is by a free radical mechanism it will produce an alkene also.

Key Point: The mixture of alkanes are difficult to separate which makes the process unuseful.

1. The major product of the following chemical reaction is :

Ans: The correct answer to this question is the second option.

Trick: According to the anti-rule, Markovnikov's the principal product is peroxide (based on the stability of free radical intermediate) 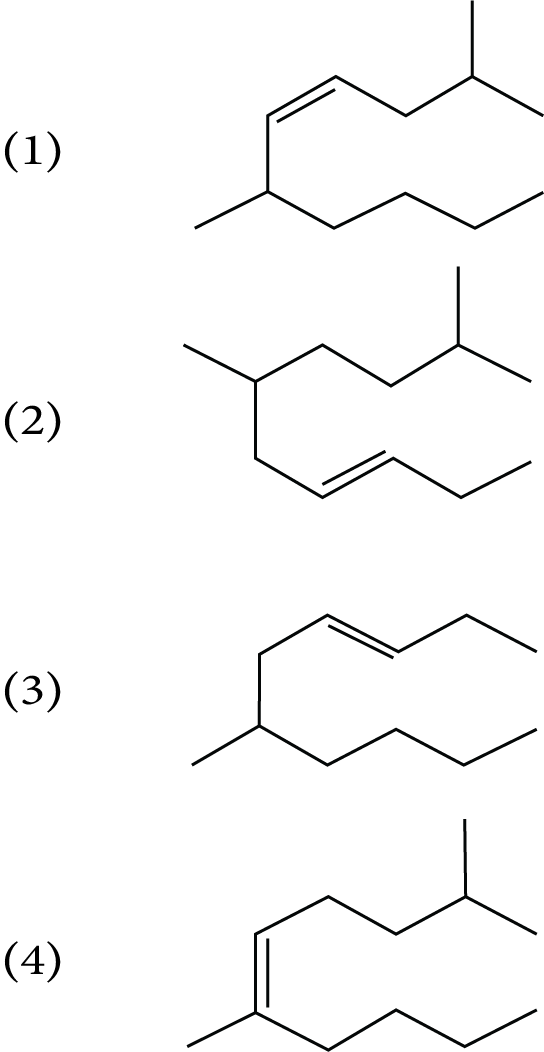 Ans: The correct answer for this question is option 1.

Trick: Select the longest carbon chain and the priority of giving a lower number should be to double bond. Give numbers accordingly. Also, check the lowest sum rule.

3. The major product formed in dehydrohalogenation reactions of 2-Bromo pentane is Pent-2-ene.

This product formation is based on ?

1. How would you convert the benzene to cyclohexane

2. Out of benzene, m–dinitrobenzene, and toluene which will undergo nitration most easily, and why?

In this hydrocarbon class notes we have provided important information regarding the chapter preparation properties and reactions of hydrocarbons such as important concepts, properties, reactions, etc.. Students should work on more solved examples and previous year's question papers for securing good grades in the NEET exams.

1. What are the most important hydrocarbon topics?

The important topics of hydrocarbon are:

2. What are the three different kinds of hydrocarbons?

3. Why do hydrocarbons catch fire?