NCERT Solutions for Class 8 Maths Chapter 3 are provided by Vedantu. After going through the ex 3.1 Class 8 NCERT Solutions, you will clearly understand the concept. Our experts at Vedantu has prepared these solutions in a step-by-step method to make it clear to the students. With the help of Vedantu, you can also score high marks in your Class 8 Maths exam. All these study materials are available in PDF format for free download option.

Science Students who are looking for NCERT Solutions for Class 8 Science will also find the Solutions curated by our Master Teachers really Helpful.

What is a Plane Curve?

When you draw a few dots on a plane surface and connect them without raising your hand or retracing your steps, the resulting figure is called a plane curve. You have already studied the different types of plane curves(Simple closed, closed curve, Simple curve, etc.) in earlier classes.

What is a Polygon?

By definition, a polygon is a simple closed curve made up of only line segments. Some common examples of polygons are square, rectangle, square, etc.

Based on the number of sides in a polygon, it can be classified into different shapes. A three-sided polygon is called a triangle, four-sided is called quadrilateral, and so forth. Read the below definition, they will come handy in ex 3.1 Class 8 NCERT Solutions.

Diagonals - A line segment that joins two non-consecutive (occurring one after the other) vertices in a polygon is called a diagonal.

Interior & Exterior - The area enclosed in the boundary of the polygon is called interior while the area outside is called exterior.

A polygon is a regular polygon when it has the following features:

A square and equilateral triangle both are regular polygons. On the other hand, a rectangle is not, because all the angles are equal to one another(90 °) but the length of all sides is not the same. Such a polygon is called an irregular polygon. If you understand the difference, you wouldn’t need exercise 3.1 Class 8 NCERT Solutions for comparison questions.

The angle sum property of a triangle states that the sum of all the three angles is equal to 180°. You will apply it in a number of questions in Exercise 3.1.

If you are looking for NCERT Solutions for Class 8 Maths Chapter 3 exercise 3.1, the below hints will certainly help you.

Question 1. In the first question you are asked to classify the figure into the given options.

(a)Simple Curve -It is a type of curve that doesn’t cross itself. Figure(1) is a simple curve because it doesn’t close itself. Hence, it is a simple curve. In this way you can compare the rest of the figures and find which figure can be classified under which option. If you need NCERT Math book Class 8 exercise 3.1 solution along with complete explanations, Vedantu has it all.

You are asked the number of diagonals the quadrilaterals have. The first option is (a)Convex Quadrilateral - Since, diagonals lie in the interior of a convex quadrilateral, and no line segment can join two different points, it will have two diagonals. Similarly, you can solve the rest of the parts of the question of Class 8 Maths Chapter 3 exercise 3.1. If you are finding it difficult to figure out the solution of NCERT Maths Cass 8 exercise 3.1, you can contact our experts.

For non-convex quadrilateral, checkout Vedantu ex 3.1 Class 8 free pdf. It has covered the solution to our questions in the exercise.

As you can see from the table, the sum of the angles in a polygon with n sides = (n-2 )X 180 °. Applying this formula you can easily solve all the option in the question. For your convenience, we have explained part (a) below.

Regular polygon - You are already familiar with it. It is a polygon which is both equilateral and equiangular.

(i) Think about a polygon having three sides of equal length and equal angle.

Find it hard to solve NCERT Maths Class 8 Chapter 3 exercise 3.1? Read the solutions from our experts.

Here we have to use three concepts, the angle sum property, exterior angle theorem and linear pair.

Linear pair - When two adjacent angles make a single line, their sum = 180°, and they are called linear pair.

Every student wants to brush up his mathematics and score top grades in his exams. At times, it can become a challenge to find the right answers. The students are introduced to the various aspects of a polygon(diagonal, interior, and exterior). Our NCERT Solutions for Class 8 Maths Chapter 3 is written by the subject matter experts. Most pupils who are weak in math lag behind because they still haven’t gotten the grasp of basics. The ex 3.1 Class 8 ‘Understanding quadrilaterals’ tests student’s knowledge of polygons and their classification. We provide free chapter-wise solution and study material to help students in their self-study. If you are more comfortable with video lesson, you can view Understanding quadrilaterals exercise 3.1. Everything you read in the understanding quadrilaterals Class 8 exercise 3.1 study materials are chosen and put together by our experts. For improving student's academic performance we have created study courses that they can pace as per their preference. 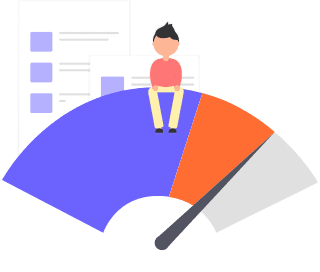