Studying the ‘Have’ Verbs in Detail Studying the ‘to have’ verbs

You are indeed an early English learner if you have opted for learning this topic- Have Verbs. This concept of knowing and identifying the verbs is done at an elementary stage before you know all the knicks and knacks of English Grammar. The ‘have’ verb is an important part of sentence construction and knowing when and how to use it will be beneficial in making grammatically appropriate sentences. Continue reading to know about the ‘have’ verb in detail.

The “To Have” Verbs

Verbs are the doing words or action words which helps us to know what the object or the subject is doing in the sentence. So, let us start from the basics of knowing the verbs. “To Have” is a verb which is considered the second most commonly used verb in English Grammar. In the English language, the to have verbs have many uses.

It can be the part of the main verb, or it can also be the auxiliary verb. Also, the have verbs can change the meaning of the context as and when they are used in any sentence.

Do You Know When to Use the “To Have” Verb? 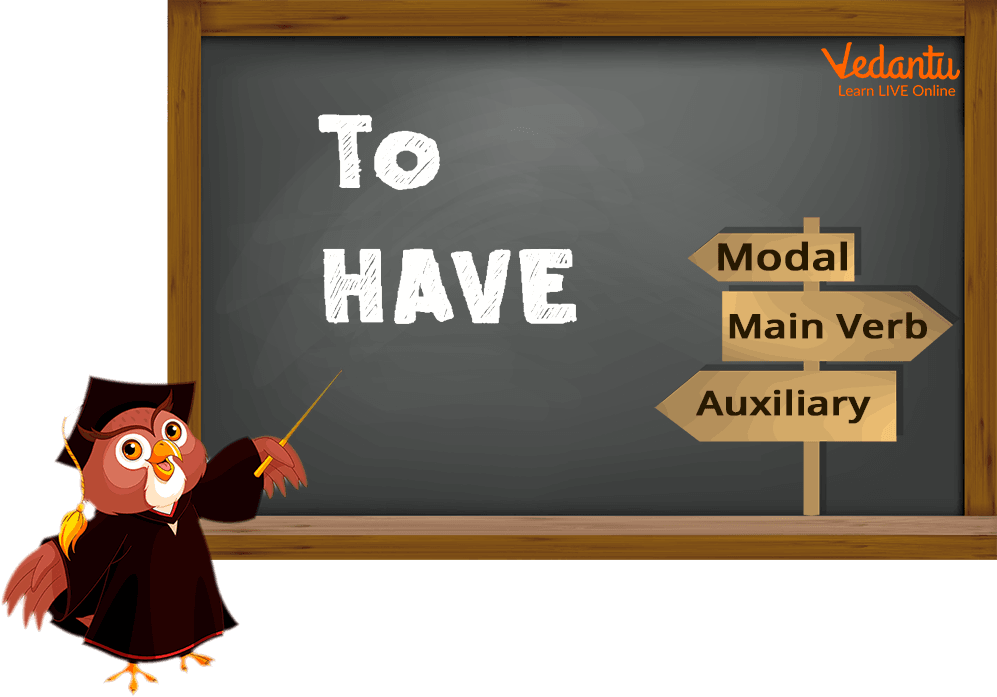 ‘To have’ verbs modal, main or auxiliary verb?

In the English Grammar, there are three main uses of the “to have” verbs:

How to Use the ‘To have’ Verb in Tenses with Different Tones?

The ‘To have’ verb is normally used in the base form in sentences. The main use of ‘to have’ verbs is to use them in imperative sentences. For example: Have a bite of cake, Mady plans to have a picnic this Sunday.

Other than this, the ‘to have’ verb is also used in many other tenses with both affirmative and negative tones. Let us find out how.

‘To Have’ Verbs in Present Tense ‘To Have’ in the present tense

Some examples are as follows:

‘To Have’ in Past Tense To have in the past tense

Examples are as follows:

How to Teach the Kids ‘Have Verbs’?

It is mandatory for the kids at the elementary school to learn the have verbs to their core to converse in English well. This is understandable that a kid with a second language in English cannot understand to its fullest, well it is more about practice than knowing by heart.

First the child can be made to understand the ‘to have’ verbs’ forms in a conversational tone. You can engage the kids in funny conversations with ‘to have’. Like - “Did you have the chocolates?” “If you did not have them, then who had them?”

In this way, they can also learn the tenses which are to be used with the have verbs.  Additionally, the kids can be given fun exercises to practise ‘to have’ sentences.

We hope this article will help you teach the verbs, with special focus on the use of the ‘have’ verb, to your children. If you wish to get hold of more such grammar lessons or worksheets, you can head to our website. There you will discover a plethora of English stories, poems, grammar articles, articles on mathematical concepts for kids and much more.

FAQs on Studying the ‘Have’ Verbs in Detail

1. How many forms of the ‘have verbs’ are there?

2. Give some examples of ‘has to’ and ‘have to’ sentences.

Some examples of ‘has to’ and ‘have to’ sentences are as follows: