An Introduction to Microeconomics

When economic problems such as unlimited wants, limited means, and alternative uses of limited resources are studied and addressed at the level of individuals, it is called microeconomics. The market forces such as demand and supply play an important role in addressing various microeconomic problems. This branch of economics assumes that macro variables remain constant. For example, when we are studying the determination of the price of an individual firm, it is assumed that the aggregate price level is constant.

Microeconomics includes the study of the following concepts:

Ans: Law of diminishing marginal utility states that as more and more units of a commodity are consumed by the consumer continuously, the marginal utility derived from every additional unit must decline. It is also known as the fundamental law of satisfaction.

2. What is the difference between the extension of demand and a decrease in demand?

3. Explain the law of supply? Write about the effect of GST on the supply curve.

Ans: According to the law of supply, quantity supplied increases with an increase in the price of a good and vice-versa.

A rise in GST will raise the cost of production. This enables the producer to sell at a higher price. This is a situation of a decrease in supply or a backward shift in the supply curve.

4. Explain the law of variable proportions?

5. Explain the forms of the market.

Ans: The following are the principal forms of the market: 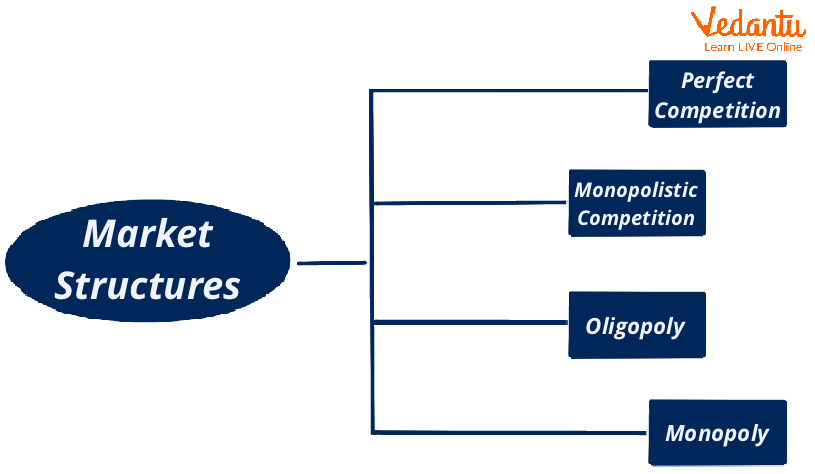 In a nutshell, microeconomics is related to supply and demand factors in the economic environment. It helps design various economic policies. Moreover, microeconomic theories help in the efficient utilisation of scarce resources to carry out production processes efficiently. Microeconomics principles also guide better decision-making. It helps the businessmen in making various decisions to maximise profit. It is also important for the economic development and growth of the country. Microeconomics also studies human behaviour. The law of diminishing utility and indifference curve theory both study human behaviour.

1. What are some limitations of microeconomics?

Some limitations of microeconomics are listed below:

2. Why is it necessary to divide the field of economics into microeconomics and macroeconomics?

Economics is considered a hard subject, and it is difficult for a person to master this subject in a single day. Due to this reason, it is divided into two further parts. Moreover, this division is helpful in taking important economic decisions. Microeconomics studies a small part of an economy, while macroeconomics studies the economy as a whole. Both of these use different concepts and principles to understand the relationship between different economic variables. Microeconomics is considered easy as compared to macroeconomics.

3. How is microeconomics used in everyday life?

Microeconomics helps make everyday decisions. For example, during renting an apartment, the first factor to consider should be the budget. It is according to the consumer’s income and his/her willingness to spend. Another factor to consider is supply and demand. If there are many renters interested in the apartment, the landlord will set a higher price for the apartment to achieve the best return. Opportunity cost also plays an important role in this context. It is on the buyer to find the right apartment according to his/her needs.