In English, specific punctuation marks can be used for various purposes. The apostrophe is a prime example. Different instances in the usage of the English language employ apostrophes. It's hard to imagine that such a tiny symbol could cause trouble, yet incorrect apostrophe placement can lead to confusion.

A typographical error might also make your work appear less professional. Therefore, it's important to understand how to utilize apostrophes properly. Apostrophes for Class 3 are introduced to make students aware of this symbol at a young age to ensure a good understanding of this punctuation mark.

The article lesson will teach your class how apostrophes are used as contractions and possessive expressions. These text-based lessors by lots of examples, applications, and hands-on learning activities. The article provides practice questions and solved examples for better understanding and clarity of the idea. Let's start our journey on this beautiful topic. Stay tuned. 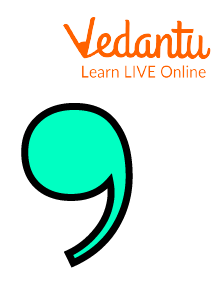 The mark (') used in writing to show that a letter or number has been omitted, or before or after s to show possession. Apostrophe Use: Contractions and Omissions

A word (or set of words) that lacks specific letters or sounds is said to be contracted. An apostrophe is used to indicate missing letters in contractions. The most typical contractions are formed by adding verbs, auxiliary verbs, or modals to other words:

The apostrophe usage requirements for possessive nouns are possibly the most confusing. They vary a little, depending on what type of noun you make into a possessive. Here are the rules of thumb: Apostrophes are available in two types: smart and straight. To use them properly, it helps to know how they work.

Smart apostrophes, or curly or typographic apostrophes, are professional-looking marks preferred by most publishers. You probably get word processors by default thanks to a feature called smart quotes. Smart apostrophes are the tags you'll see in this paragraph and throughout this post.

On the other hand, straight apostrophes are what you normally get when smart quotes are not allowed.

2. To show the omission of letters

3. To form the plural letters, numbers, and symbols

Although apostrophes are not usually used to form plurals, they are inserted to form the plural letters, numbers, and symbols.

Mistakes to Avoid While Including Apostrophe

The apostrophe is a real grammatical villain! Here's the biggest error related to apostrophes:

(Serious Mistake) Don't use an apostrophe just because your word ends with an "s".

Don't be tempted to put an apostrophe in a word just because it ends with an "s". For example:

Here is another example:

An apostrophe, more commonly known as a punctuation mark, can also refer to an exclamation point. The definition of an apostrophe as a literary device is when the speaker stops addressing one party and instead addresses a third party. This third party may be an individual, present, or absent from the scene. Inanimate objects like a dagger or immaterial ideas like death or the sun can also be the subject. Because there is a clear speaker and a change of addressee, the apostrophe occurs most often in games. However, it is sometimes found in poetry and prose.

1. State whether the apostrophe placed in the following sentence is correct or not

3. Write the appropriate contraction for each group of words.

Importance of The Apostrophes

Therefore, it's crucial that kids like studying rather than feel overwhelmed by it, which can lead them to withhold their studies altogether. So Class 3 apostrophe examples are explained in detail in this worksheet for an easy understanding of the concept.

Facts Related To Apostrophe For Class 3

1. If something belongs to a singular noun that does not end in "s", use an apostrophe before an "s" plus the letter "s" after the noun when writing about it. For example:

2. If something belongs to a plural noun that does not end in "s" (men), use an apostrophe before an "s" plus the letter "s" after the noun. For example:

3. If something belongs to a compound noun, add an apostrophe plus "s" at the end of the word. For example:

Important Topics of The Apostrophe For Class 3

The chapter on apostrophes for the 3rd standard majorly covers the use of the apostrophe for showing possession. It includes pictorial exercises along with fill-in-the-blanks and other types of questions.

What Does The Class 3 English Apostrophes PDF Teach Us?

Verify your child's work frequently to ensure they aren't making mistakes. They will quickly become adept at correctly using apostrophes with some practice. Vedantu's worksheets for Class 3 students will help your kid understand the concept well. Also, Apostrophe examples for grade 3 will help them to excel.

1. What are the major uses of the apostrophe?

2. Why are apostrophes used in books?

In literary works, apostrophes draw the reader's attention to anything other than the speaker. Targeting an absent person or a third party with an apostrophe is common. Other times, they concentrate on a nonliving thing, a location, or even an impersonal concept.

3. What are some of the common verb contractions we use in daily life?