Most children are taken aback by many adjectives. But don’t you worry much, we all struggle with them at first. The English grammar adjective is part of the very building block that holds them together, carrying out great roles of importance. Once students have an overall solid idea about Class 3 English grammar Adjectives, It will make a huge difference in their grammar skills.

In this lesson, we will explore the multiple uses and types of adjectives, with various examples including explanations. We will learn more about adjective types and adjective degrees. Let’s enjoy this lesson together with the best of our enthusiasm. An adjective may be a word that describes the commodity of a noun or a pronoun. Even qualifies the noun or pronoun. 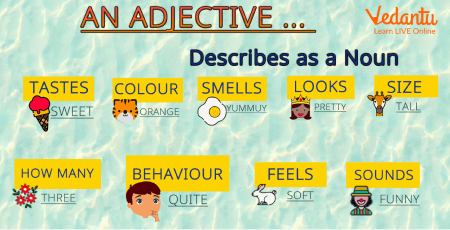 Here Are Some Samples of Adjective 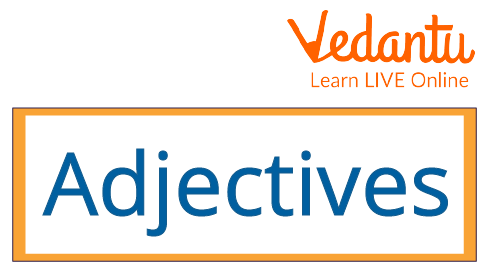 Now let’s learn about the various types in detail:

Examples of the Adjective of Quality

The adjective volume is used with the help of nouns. We get these numeric adjectives to know the volume by asking some questions ‘ how vital? To a noun or person.

In this, we find the volume of a commodity not knowing the quantum of the number of things.

Examples are Given Below:

These are the examples of the adjective of the volume in which we just find the volume of the thing, not their number.

Samples of the Demonstrative Adjectives are Given Below:

An adjective that modifies a noun by indicating who owns or has possession of it is called a possessive adjective. 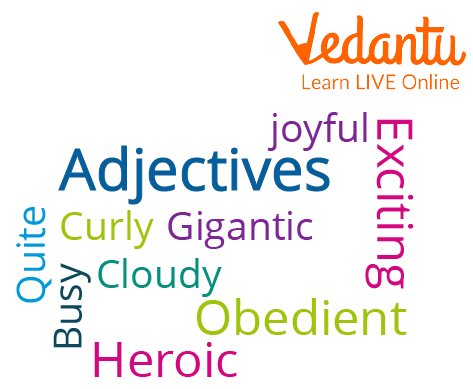 There Are Three Degrees of Adjectives: 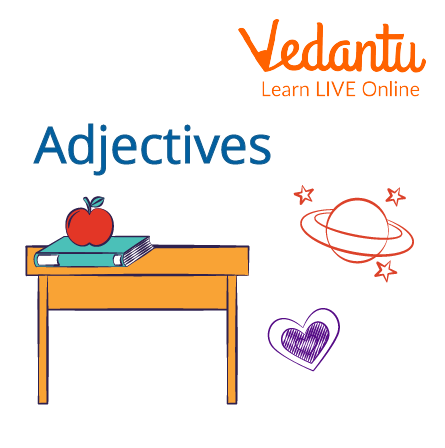 Adjectives are crucial sentence components in all languages. Adjectives allow us to describe any person or thing's characteristics. Without adjectives, we are unable to describe the appearance of any object. Adjectives and pronouns are not the only words that are used to describe someone or something.

Adjectives and other descriptive words are essential for children to master in order to communicate effectively. Adjectives are expressly taught in the classroom as a technique for kids to improve their linguistic complexity and storytelling skills. To describe and distinguish, adjectives are necessary.

Example:  I do hope our luck is better the next time.

Example: He had a surprised expression on his face.

Examples of Usage of Adjectives for Class 3

These are a few adjectives exercises for Class 3 students:

Interesting Facts About Adjective for Class 3

These are the following topics you will be learning in English grammar Adjective for Class 3:

1. Are degrees of comparison adjectives?

Yes, the three degrees of comparison are very much adjectives, just divided into classes which describe the “degree” or intensity of the adjective.

2. How do you form the degrees of comparison?

The positive comparison stays as the basic form of the adjective, whereas the comparative and the superlative have “r”, “er”, and “est”, “most” as their suffixes, respectively (hot, hotter, hottest; slim, slimmer, slimmest; bad, worse, worst).

3. What is meant by the comparison of adjectives?

When you compare adjectives, the process of figuring out which adjective describes a noun/pronoun in a more intense way is called the comparison of adjectives.