How to Make the Most of the Drop Year for JEE Preparation?

Giving up and settling for less is never the option when it comes to our JEE toppers. We have some stellar performances in JEE Main from our Vedantu students, who had worked hard enough to achieve their desired scores. Yes, they did drop a year despite all the raised eyebrows, different opinions, and peer pressure, and they did surpass their expectations in JEE Main. We at Vedantu take immense pride in sharing the success stories of our students who have defied all odds and proven to be the ultimate achievers in JEE Main. 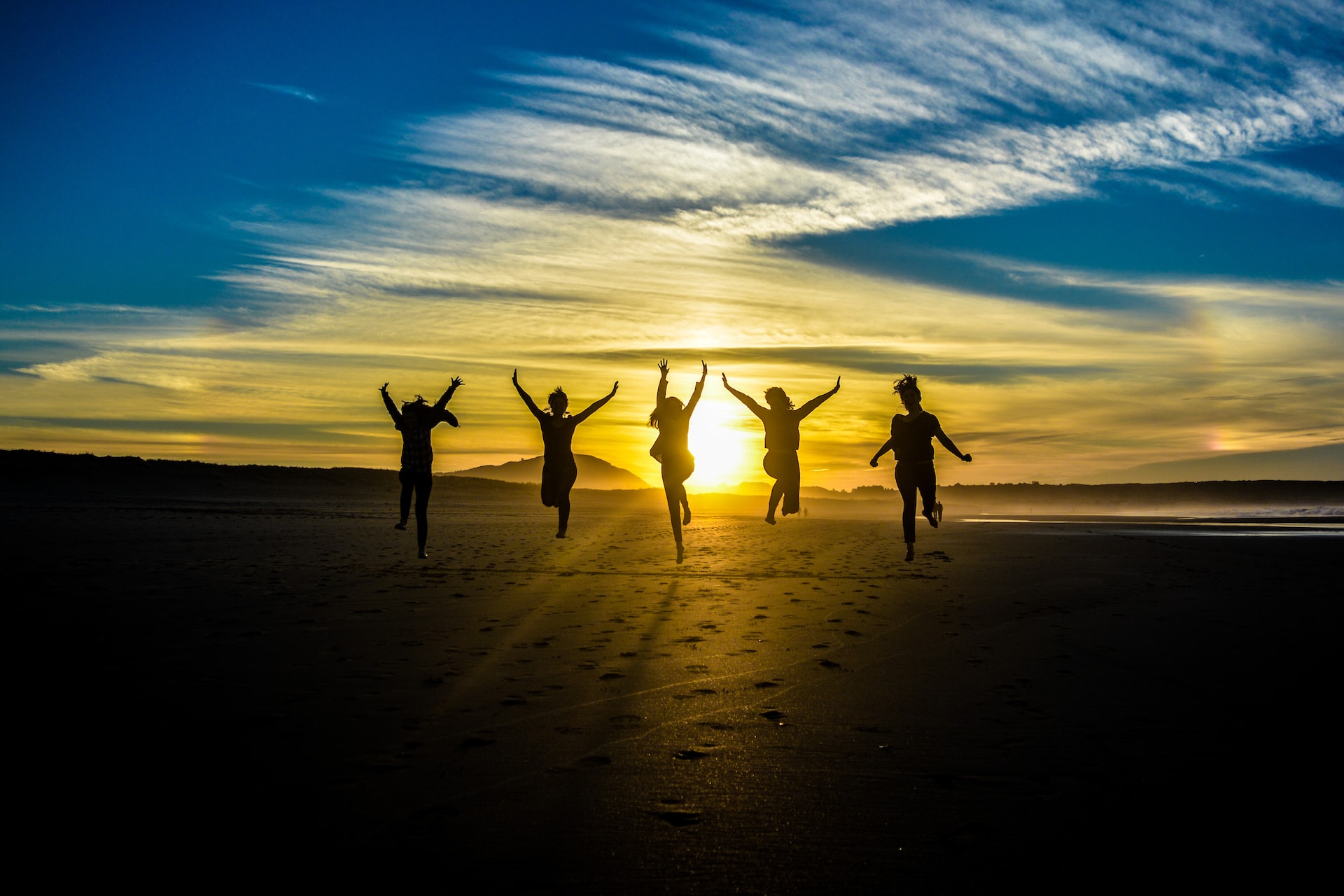 Also Read - How to Achieve 99 Percentile and above as a Dropper in JEE?

Hailing from a humble family, in Gujarat, Prerna Agarwal wouldn’t have it any other way than to take a drop-year to achieve her desired score in JEE. She scored around 75 percentile on her first attempt in JEE. Though she had prepared with all her dedication, something was amiss at her first attempt. She identified that she wasn’t working on her minor mistakes as much as she needed to.

She watched the YouTube videos of Vedantu and could notice good improvements in her studies. Thereafter, Prerna chose to join Vedantu for her JEE preparation in the drop year. She took the scholarship test and earned herself an incredible discount for the fee, as well. She says that the best thing about Vedantu is the motivation given to all students by our Master Teachers in the classes. She opted for a personal mentor to address her doubts.

In middle school, she faced difficulty in scoring in Maths. However, she has been improving since Class 10, and now, with the tips and tricks shared by our Master Teachers, Prerna finds Maths to be the most interesting subject. Defying all odds, she has proven that she can achieve her goals. She liked the energetic environment maintained in the online classes of Vedantu. She is relieved to have all the study resources and strategies from our mentors.

She suggests the JEE aspirants learn and focus on Chemistry and not mug up the concepts of Physics. She adds that with practice they can grow their interest in Physics, Chemistry, and Mathematics.

Her Success Mantra: With self-confidence, you go one step closer to your aspirations.

Nikita joined Vedantu after 12th in the Manthan Batch. She scored 94.5 percentile in JEE last year. Initially, she wasn’t sure about taking a drop, but she always had it in her mind to achieve a 99 percentile in JEE. Coming to the drop year, her family was quite supportive of her decision and she wanted to give her best at it. For the last lap of her JEE preparations, Nikita made it a point to take one mock test every day.

Last year she was demotivated by her results and our Master Teachers, like Arvind Sir, helped her regain her motivation. Nikita covers up her pending lessons and assignments during her vacations. Also, she prefers to study at a stretch of more than 3 hours to make it a habit for the main exam. She focuses on one subject at a time. For example, she solved questions of Physics from Vedantu’s Tattva course for two to three days, consecutively. On joining Vedantu for her JEE preparation, she realised that she wasn’t the only one taking a drop-year. It was motivating for her to study with the other students in the online classes of Vedantu.

Her Success Mantra: Discipline and self-motivation helped her with her JEE preparations.

With a strong inclination for music, Nikita represented India in Paris and Amsterdam. She is a marathon runner and a fitness enthusiast. She derives her motivation from all the artforms that she practises. She is disciplined in everything she does. Her teachers Gurpreet Sir and Sanjit Sir helped her a lot with her doubts.

A resident of Amravati, Pranav Jadhal has scored a 98.2 percentile in JEE Main. He started preparing for JEE in Class 11, but his preparations were disturbed due to the pandemic. He managed to score almost a 90 percentile in JEE Main but fell short of the JEE Advanced cut-off by two marks. Nevertheless, Pranav never lost hope and has had a determination to study at his dream institution, IIT Bombay, throughout. So, he decided to take a drop-year and work harder towards his goals. He has proven that it was his best decision.

He watched the discussion on JEE Main Solutions on Vedantu’s YouTube channel and watched several sessions conducted by our Master Teachers. He followed what our teacher, Mohit Sir, said and took running notes during the classes. He was a part of Eklavya’s telegram channel, and with the interactions on the channel, he gained the confidence to achieve his desired JEE scores. His mentors and Master Teachers at Vedantu helped him with identifying the topics he needed to work on.

Pranav has had the full support of his parents throughout his drop year. They always motivated him to work hard and have faith in God. He takes a lot of inspiration from Vikas Sir, at Vedantu.

For the students going to Class 11, he suggests working consistently towards their goals and not comparing their scores with others, which will help them stay motivated and succeed in JEE. No excuses and strong focus will help them achieve their dream scores in JEE. Pranav recommends the Eklavya program at Vedantu for the upcoming JEE aspirants.

His Success Mantra: Correcting his mistakes and working with determination towards his goals. His confidence and self-reliance are his ever-convincing weapons.

Overcoming all the peer pressure and lows, Nishant Chauhan has made his drop year worth it all, scoring a 96.36 percentile in JEE Main this year. He says that this drop-year will remain as a memorable one forever. When he wasn’t satisfied with his JEE scores in his first attempt, he started watching Vedantu’s YouTube videos. After his second attempt at JEE, he decided to join the online JEE coaching with Vedantu.

The best part of his JEE preparation with Vedantu has been the support and motivation that he received from our Master Teachers and personal mentors. He says he is still very connected with his teachers at Vedantu, and is grateful for the strategies they shared for JEE. The analysis of his performance in the mock test by our mentors helped him work more strategically during his drop year.

He suggests that the upcoming JEE aspirants should set a goal and choose the right platform for coaching and study materials. He also adds that remaining disciplined and attending classes throughout the year will definitely help the JEE aspirants to achieve their desired scores in the exam.

His Success Mantra: His regularity and his never-give-up attitude helped him sail through the drop-year and achieve his desired JEE scores.

From a small town in Andhra Pradesh, Manoj Kanumuri is one step closer to his dream of becoming an IITian. He scored a 98.85 percentile in JEE Main last year. However, his JEE Advanced scores were not as he expected. Though he could get enrolled at any other renowned government institution, he was not ready to give up on his dream of an IIT.

With his JEE scores, he has proven that it was not a decision that he would ever regret. He studied for 12 hours a day and never felt it repetitive. The feeling that he was learning and his dedication towards his goal kept him going in this drop year. There were times when Manoj felt low and stuck, but spending time with family had always cheered him up. He was connected with his teachers at Vedantu and quotes, “Vedantu played a major role in my drop-year.”

His Success Mantra: His dream of becoming an IITian never let his motivation stop at any moment during his drop-year.

From a score of around 81 percentile in his first attempt at JEE last year, Inbazhagan has achieved a 98.27 percentile this year. Coming from a small town, Inbazhagan became aware of prestigious institutions like IITs, NITs, etc., after his first attempt at JEE. While quoting his thoughts from last year, he says, “This year is not going to be a waste; it will be an investment.”

At this young age, Inbazhagan realised that taking risks and investing time in academics were important for him. He got to know about Vedantu through our YouTube channel, and he took VSAT before pursuing our online classes. Covering the syllabus of two years in 6 months made him feel exhausted at times. So he used to solve Chemistry questions to boost his confidence. He searched the videos and pictures of the IIT campuses and imagined how it would feel to be an IITian at those campuses. It made him even more determined to work harder toward his goals.

He found Mathematics to be the toughest subject and prepared it very strategically for JEE. He attended the Vedantu LIVE classes of Physics and Chemistry and preferred watching the recorded lectures of Mathematics. He practised the topics that carried the maximum weightage in JEE and the topics in which he was good at. This helped him score his best in JEE Main. He found the revision classes at Vedantu to be highly beneficial. He trusted and settled for our online classes and is still a part of the Eklavya program at Vedantu.

For the upcoming JEE aspirants, he suggests, “Convince your family that a drop-year is only an investment for getting into a better college.”

From being an average performer in Class 10 Boards, Ayush Raj has come a long way to scoring a 96.14 percentile in JEE Main. Last year, he started preparing for JEE by watching YouTube videos on Mechanics and finally scored an 85 percentile in his first attempt. Due to the pandemic, he lost his grandfather, and his studies were disrupted. Watching the YouTube videos of our Master Teachers at Vedantu, Ayush witnessed an improvement in his last attempt at JEE.

After taking all the attempts at JEE Main and JEE Advanced, yet not giving up, he decided to take a drop year. He bagged a scholarship for his course at Vedantu to achieve his dream of pursuing Computer Science Engineering.

His message for students going to Class 11 is that they should not be scared of JEE, and they should take proper JEE coaching right from the beginning. The best thing about Vedantu, according to Ayush, is the team of our teachers. He prefers Vedantu online JEE programs for the supporting teachers when it comes to resolving doubts and getting plenty of study materials.

His Success Mantra: Overcoming his fears and not giving up on his dream.

Thus, skimming the best of our JEE toppers’ success mantras, self-motivation, discipline, positive attitude, regularity, dedication, and determination are the flagstones that paved the path to their success. So, as our JEE Main toppers proceed with their preparations for JEE Advanced, we wish them the best and hope to share more success stories to inspire the aspirants for JEE 2023.

2. Can a drop-year student score a 100 percentile in JEE Main?

3. What is the best tip for a drop year JEE aspirant?

The best tip for a JEE aspirant who decides to take a drop year will be to stay confident and motivated throughout the year. To achieve better scores in JEE Main and JEE Advanced, it is important to know your strengths and work on your weaknesses when you prepare for the exams. 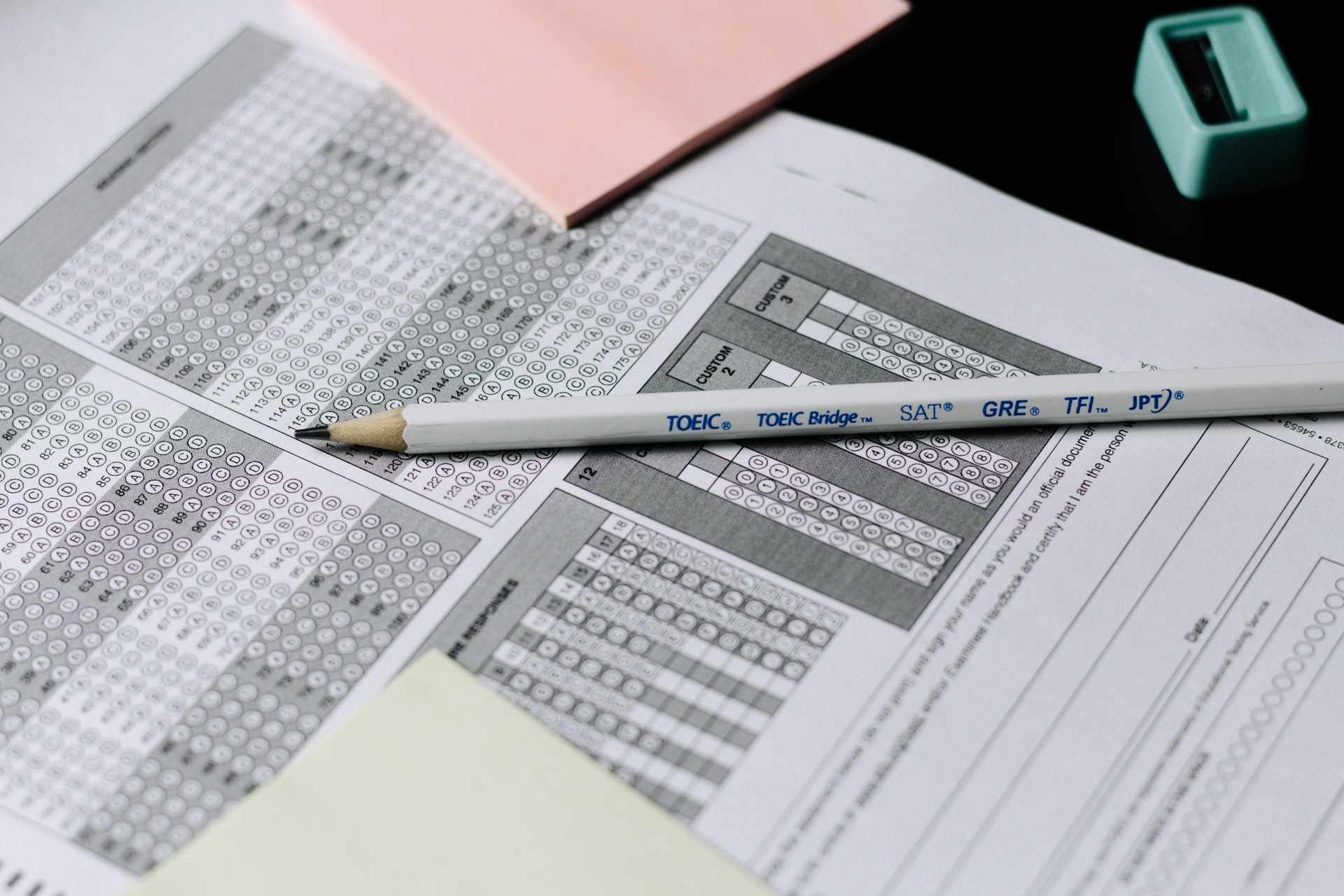 How to Get Admission Using the JEE Advanced Score Card? 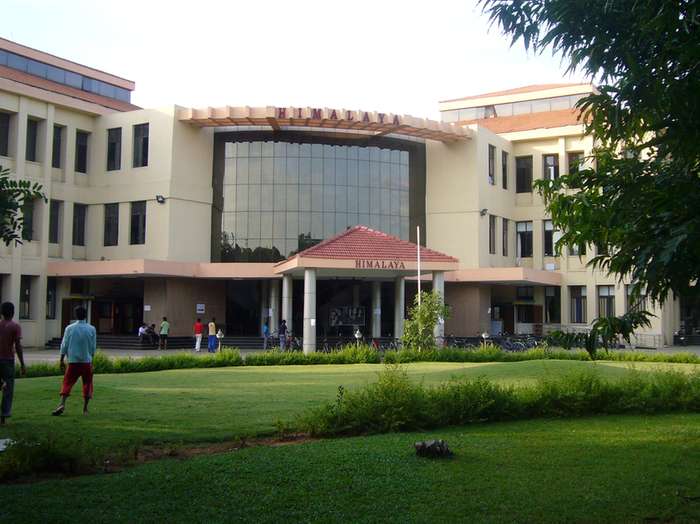 Top 10 Colleges for Engineering in India 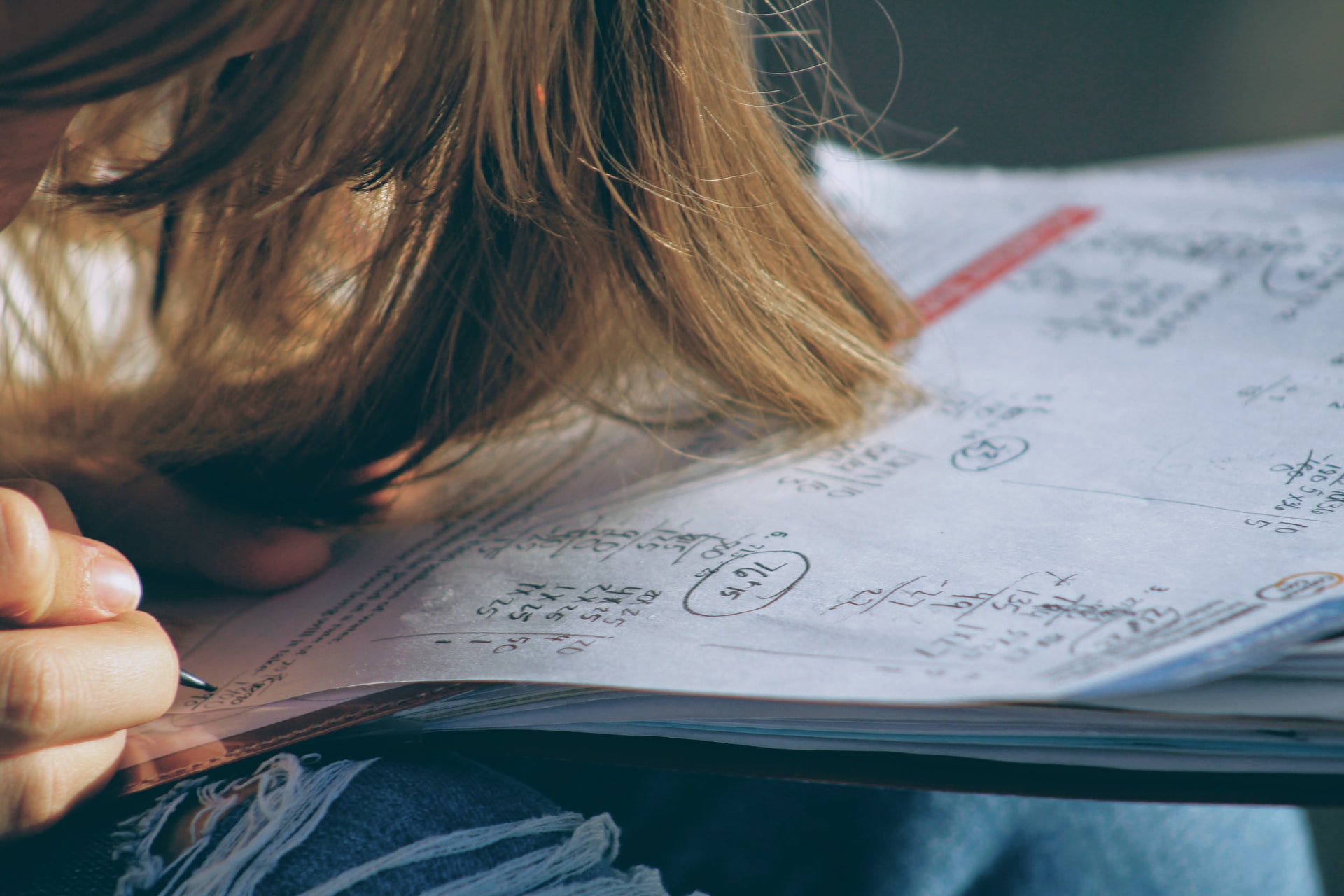 JEE 2022 Droppers|Is It Worth Taking a Drop? Preparation P... 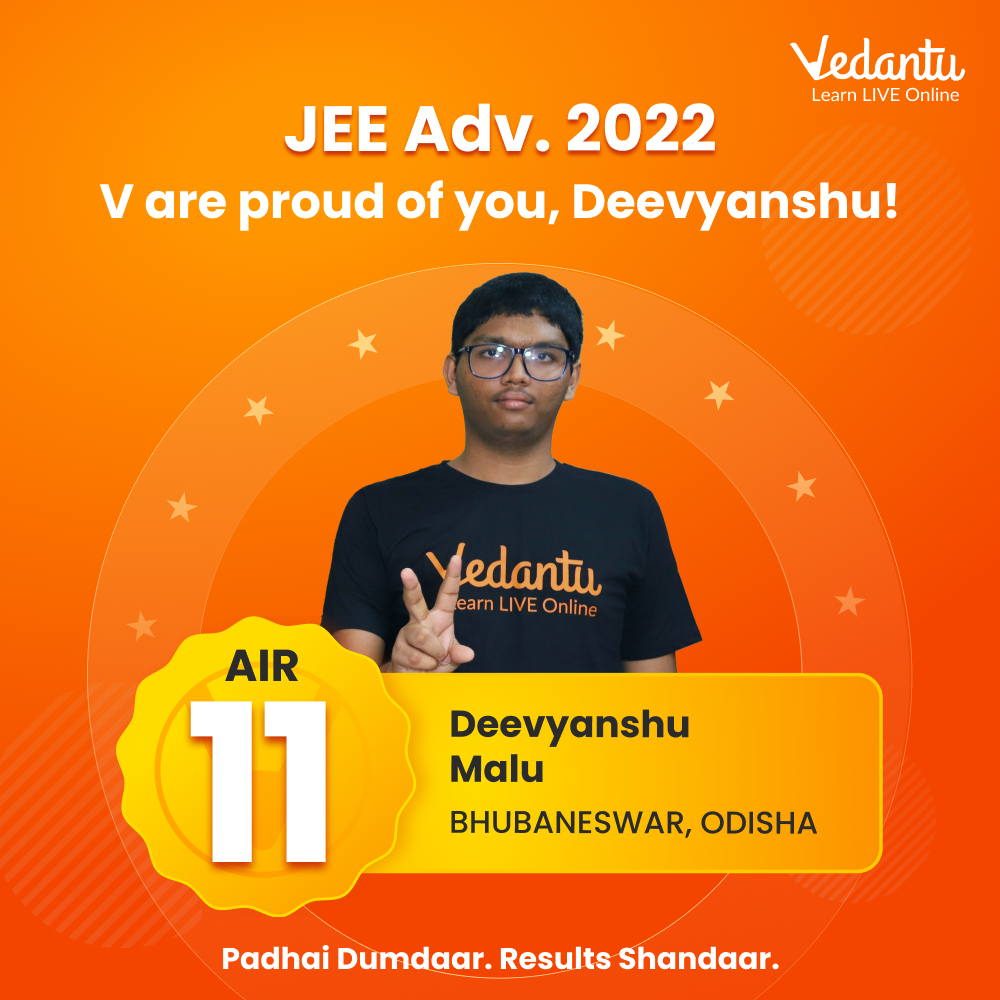 Click to know how Vedantu helped Deevyanshu to GET AIR 11 ...
Competitive Exams after 12th Science