Verified
Hint: This part of the brain if removed, then the organism becomes a simple reflex organism. It is the center of intelligence. The Broca’s area or area of the brain related to speech is located in this part.

Complete step-by-step answer:
In Natural evolution, we, humans are one of the most superior forms of evolution. This is due to the higher intelligence acquired by us. The biggest part of our human brain is Cerebrum. The cerebrum has 2 hemispheres that are left and right hemispheres. It plays many vital functions of the brain. 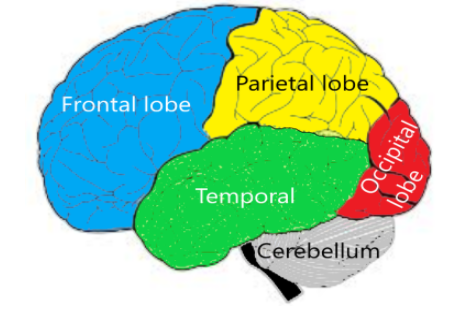 The brain has mainly three parts:
-Cerebrum: largest one of the brain. It performs functions like sensing, vision, hearing, speech, reasoning, emotions, learning, and movement.
-Cerebellum: is located under the cerebrum and it coordinates muscle movements, maintains posture and balance.
-Brainstem: It connects the cerebrum and cerebellum to the spinal cord. It performs many automatic functions like breathing, heart rate, body temperature, vomiting, etc.
-The cerebrum is divided into right and left hemispheres in which they perform the functions opposite of the body; the right hemisphere controls the left side of the body while the left hemisphere maintains the right side of the body.
-The cerebrum is divided into four lobes and they are the frontal lobe, parietal lobe, occipital lobe, and temporal lobe.
So, the correct answer is, ” Cerebrum.”

Stereoscopic Vision in Humans and Animals

What is the full form of CFT

How Do Humans Use Microbes?