Which of the following microtubule arrangements is absent in the kinetosome of eukaryotic flagella?
(a)9+0
(b)9+2
(c)Both of the above
(d)None of the above

Verified
118.8k+ views
Hint: A flagellum is a lash like structure that protrudes from the basal part of a specific bacteria and eukaryotic cells termed as flagellates. Its primary functions include locomotion and it also sometimes acts like a sensory organ.

Additional Information: Even though the 9 + 2 pattern is a general pattern that is found in most cilia and flagella, the axonemes of certain protozoans and also insect sperm show some different variations. The simplest of all axonemes that contain three doublet microtubules and no central singlet (3 + 0) is found in Daplius which is a parasitic protozoan. The flagellum of Daplius beats slowly (1.5 beats/s) in a helical pattern. Other axonemes typically consist of 6 + 0 or 9 + 0 arrangements of microtubules. These different types of cilia and flagella, which are all motile, show that the central pair of singlet microtubules is not necessary for axonemal beating and that less than nine outer doublets can sustain the motility of a flagellum but at a lower frequency.
So, the correct answer is ‘9+2’. 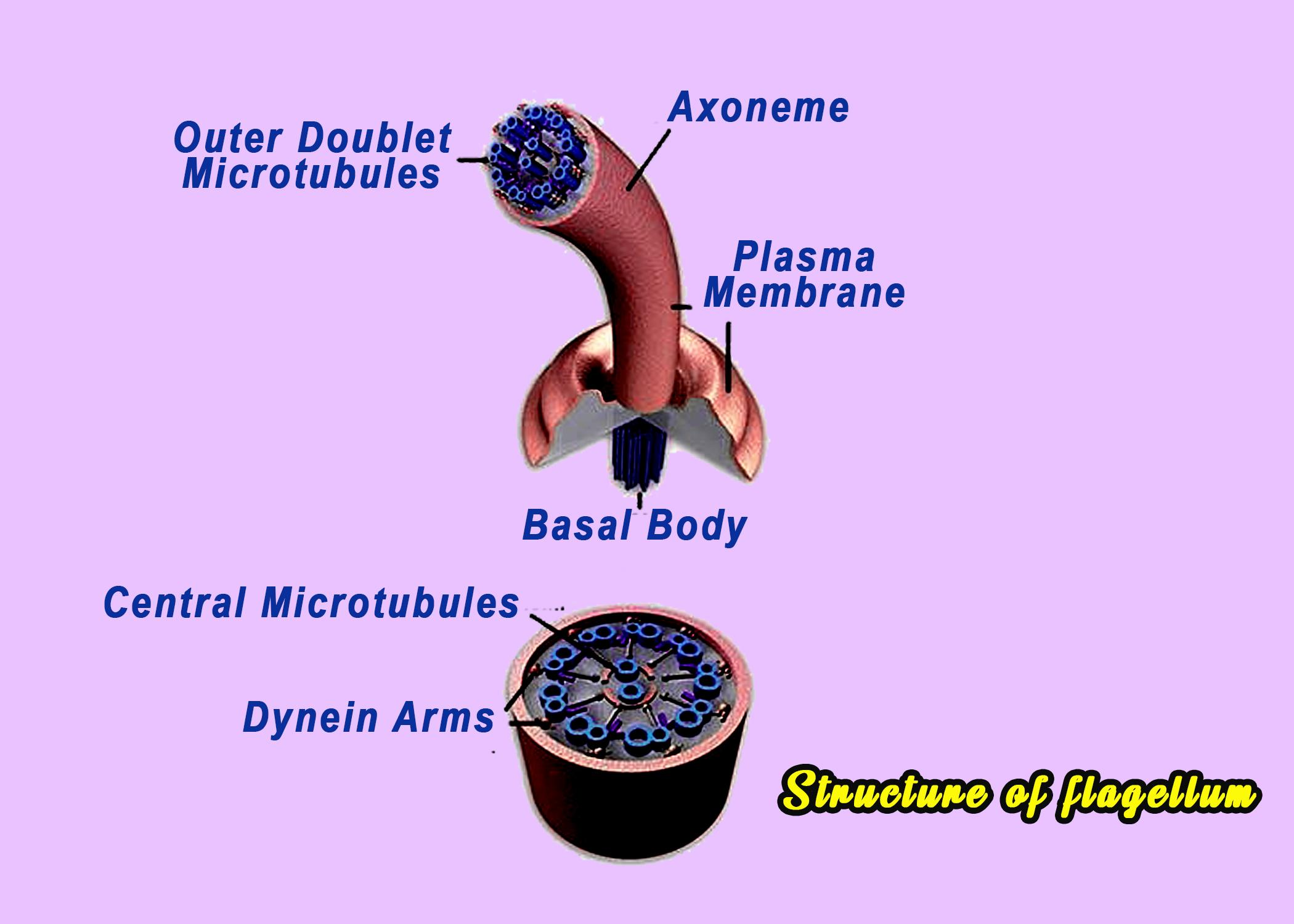