Which hormone lowers the blood sugar in humans? Name the gland which secretes this hormone.

Verified
91.8k+ views
Hint: The hormone which lowers the blood sugar in humans is a peptide hormone and is considered to be the main anabolic hormone of the body. It is secreted by the organ which is located in the abdomen behind the stomach and functions as a gland.

Complete solution: Insulin is the hormone which lowers the blood glucose level in humans. This hormone causes the liver to convert more glucose into glycogen (this process is named glycogenesis). Although there's always a low level of insulin secreted by the pancreas, the quantity secreted into the blood increases as the blood sugar rises. Similarly, as blood glucose falls, the quantity of insulin secreted by the pancreatic islets goes down.
It is produced in the pancreas and is synthesized in the pancreas within the beta cells of the islets of Langerhans.

Additional Information: Inflammation of the pancreas is commonly known as pancreatitis, with common causes including chronic alcohol use and gallstones. Due to its role within the regulation of blood glucose, the pancreas is additionally a key organ in diabetes mellitus. Decreased or loss of insulin activity leads to diabetes mellitus, a condition of high blood glucose level (hyperglycemia). There are two kinds of diseases. In type 1 diabetes, the beta cells are destroyed by an autoimmune reaction so that insulin can not be synthesized or be secreted into the blood. In type 2 diabetes, the destruction of beta cells is a smaller amount pronounced than in type 1 diabetes and isn't because of an autoimmune process. Instead, there's an accumulation of amyloid within the pancreatic islets, which likely disrupts their anatomy and physiology. 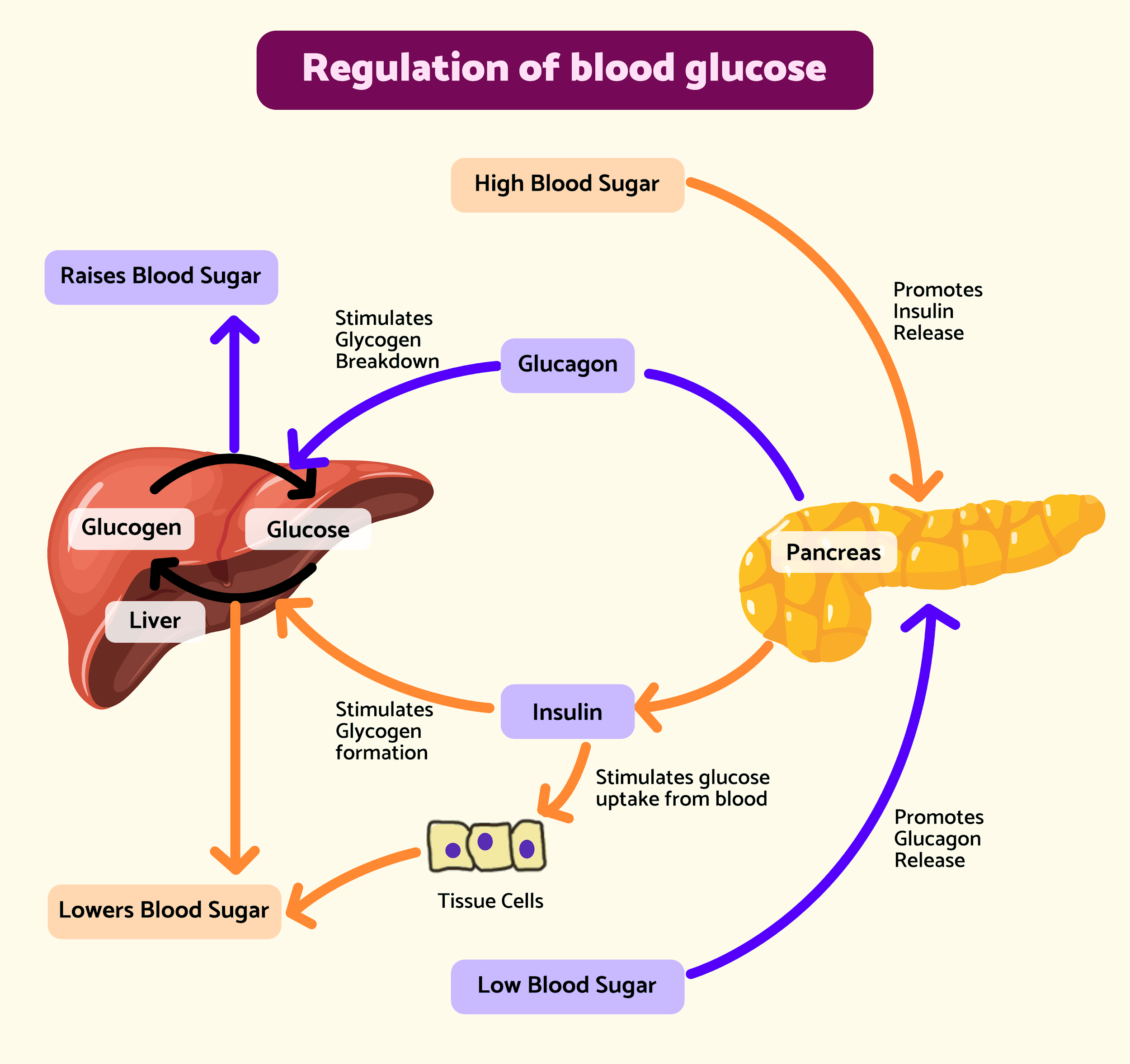