How many times total internal reflection occurs in the drop for formation of primary and secondary rainbows?

Formation of rainbows results from refraction of Sunlight in falling water droplets and reflection of the light from the back of the droplet. There can be two types of rainbow formed in the sky. One is Primary rainbow and the other one is Secondary rainbow. 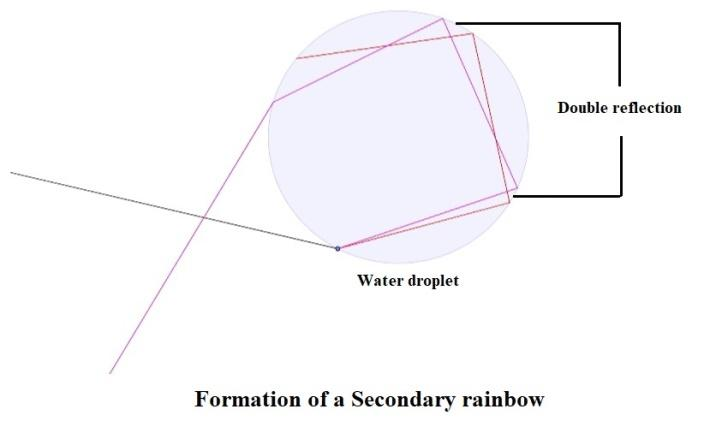 Transmission, Absorption, and Reflection of Light