Verified
91.5k+ views
Hint: The most basic amino acid is an α-amino acid that is used in the biosynthesis of proteins. It contains an α-amino group, along with it a carboxylic acid group, and an imidazole side chain, classifying it as a positively charged amino acid at physiological pH. 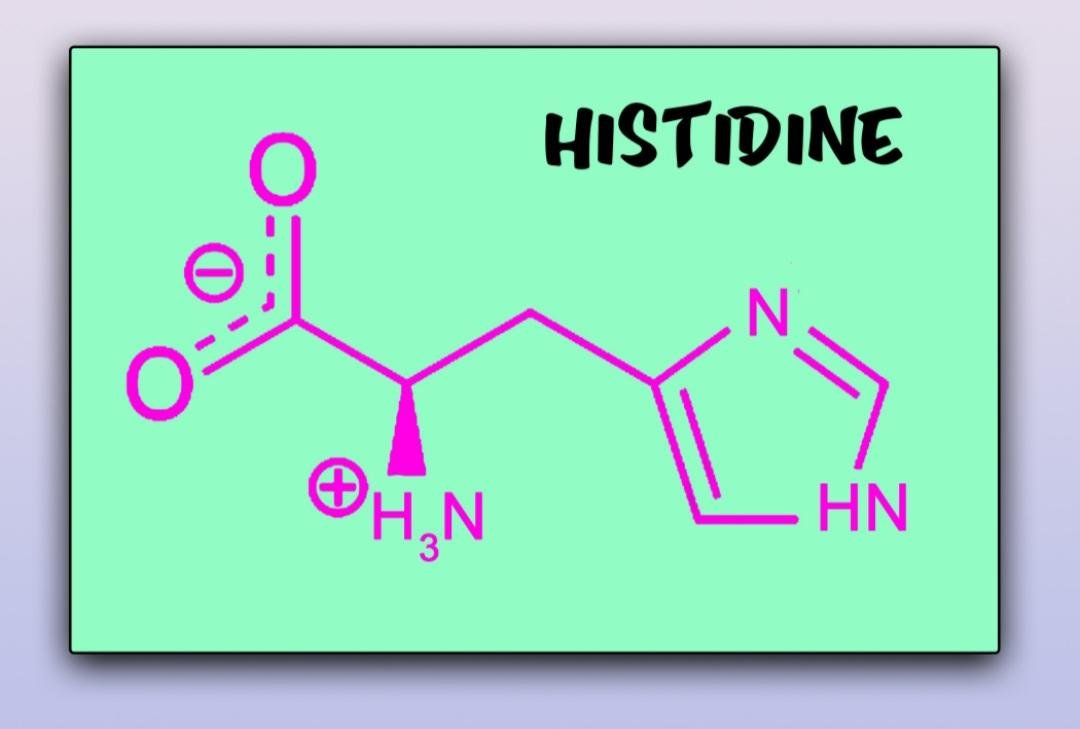 Only Arginine and Histidine are basic amino acids even out of these two, histidine is weakly charged under physiological ph.

Additional Information: Histidine is one of that type of amino acids that can be converted to intermediates of the tricarboxylic acid (TCA) cycle. Histidine, along with some other amino acids such as proline and arginine, will take part in deamination, which is a process in which its amino group is removed. In the prokaryotes, it was seen that histidine is first converted to urocanate by histidase. Then, urocanase converts urocanate to 4-imidazolone-5-propionate. The Imidazolonepropionase is an enzyme that will help in catalyzing the reaction to form formiminoglutamate from the 4-imidazolone-5-propionate. The formimino group is transferred to tetrahydrofolate, and the remaining five carbons form the product which is commonly known as glutamate. These reactions will result in the formation of glutamate and ammonia. The glutamate can then be deaminated by glutamate dehydrogenase or transaminated to form α-ketoglutarate.l-Histidine, is an important amino acid that's not synthesized de novo in humans. Humans and other animals must ingest histidine or histidine-containing proteins. The biosynthesis of the histidine has been majorly studied in prokaryotes like E. coli.
So, the correct answer is ‘(B) Histidine’.