What will be the major product of the given reaction: 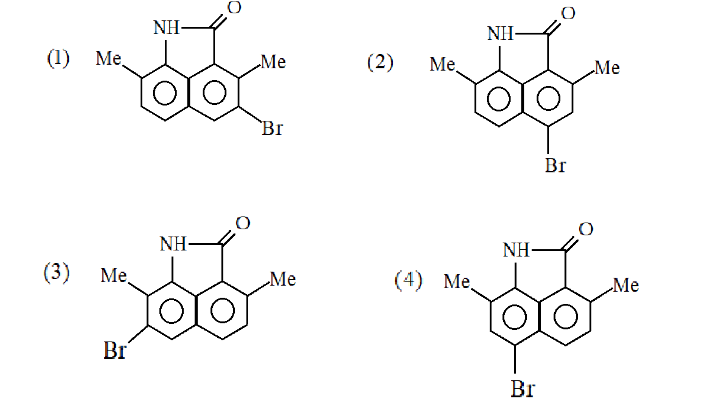 Verified
91.8k+ views
Hint:We know that this reaction is a bromination reaction for benzene containing compounds. The bromine and iron present will react to generate the $B{r^ + }$ ion. Here $B{r^ + }$ will act as an electrophile so electrophilic substitution will take place in this reaction. To see where the electrophile will get substituted, we need to know about the electron donating group and electron withdrawing group. Hence the correct answer is Option (4).