Verified
91.8k+ views
Hint: The blood is a special type of connective tissue that is responsible for providing nourishment and oxygen to the tissues and removing excretory products such as urea and carbon dioxide away from the tissues so that they are able to work under optimum conditions.

Complete answer:
The blood in the body flows through a fixed route from the heart to the lungs and back to the heart from where it is pumped to the tissues of the body. The body entering the tissues is high in oxygen and nutrients because it was supplied with oxygen at the lungs. But while leaving the tissues the blood becomes richer in carbon dioxide and urea because these are the metabolic wastes produced by the cells of the tissue which are collected by the blood. Carbon dioxide is diffused out at the alveoli of the lungs whereas the urea is filtered out by the kidneys and excreted in the form of urine.

Additional Information:
-The blood vessels like arteries and veins are made up of three layers consisting of an inner lining of squamous endothelium known as the tunica intima. A middle layer of smooth muscles and elastic fibers known as the tunica media and an outer layer of collagen fibers known as tunica externa.
-The tunica media is thinner in veins as compared to arteries this results in the lumen of veins being wider than arteries.
-Pulmonary circulation is when the deoxygenated blood is pumped to the lungs through the pulmonary artery and then the oxygenated blood is pumped to the left atrium through the pulmonary vein.
-Systemic circulation is when the blood from the left ventricle is pumped to the tissues and the deoxygenated blood from the tissues is brought back to the right atrium of the heart through the vena cava.
So, the correct option is ‘Carbon dioxide’. 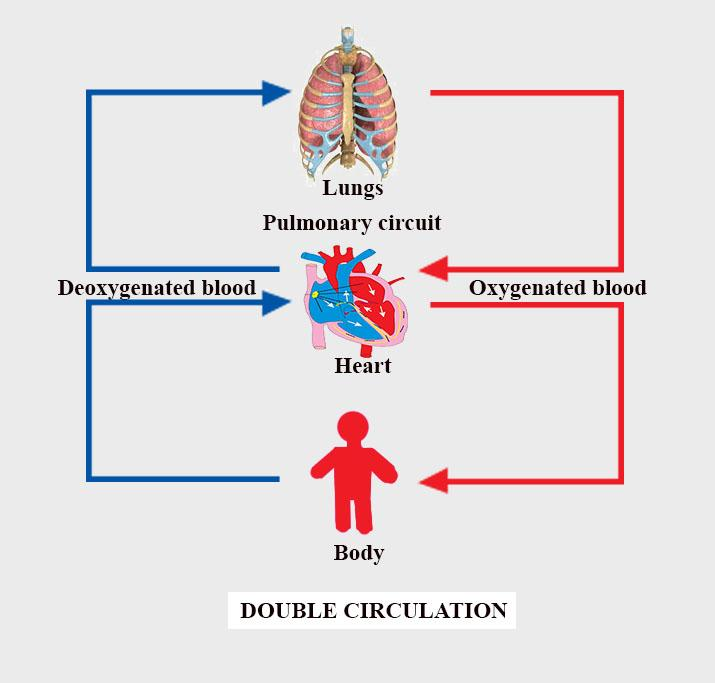