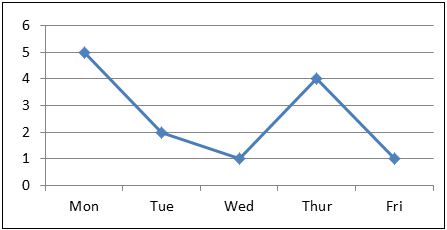 In this graph, it clearly depicts the changes occurring each day.
Pie graph: Pie graph is a very commonly used type of graph to represent things in circular form which is actually divided into different pieces or slices to represent the numerical values of the data. In the pie graph, the pieces length is known as arc length. The data given will be converted into degrees and represented in the table.
Example
The given data is: 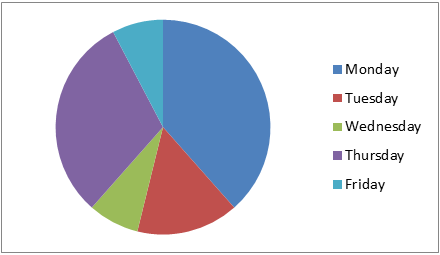 Bar graph: Bar graph is the one of the most frequently used graphs to represent statistical data or numerical values. Bar graphs are usually represented by rectangular blocks or bars to categorise each set of data. They are plotted both vertically and horizontally according to the presenter’s will.
Example
Let this be the given data: 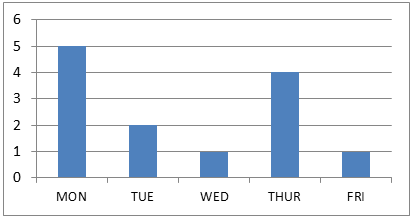 Histogram: Histogram can be also called or said as a family of bar graphs. It is because histogram contains many features of the bar graph. It is often used to show the height of each block or bars to compare. Simply it is a graphical representation of data using the bars that are in different heights.
Example: 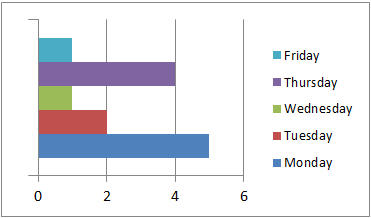 So, the correct answer is line graph.

Option A is the correct answer.