Verified
91.5k+ views
Hint: The pattern or distribution of the leaves on the stem or a branch of a plant is referred to as Phyllotaxy. The Calotropis is generally having the Phyllotaxy in which from the nodes of the stem, leaves are raised in the opposite direction.

Complete answer:
- So, the pattern of arrangement of leaves on the stem or a branch is known as Phyllotaxy. It can be classified into three types - alternate, opposite, and whorled.
- Phyllotaxy in Calotropis is opposite because leaves at the nodes are opposite from one another. At right angles, if the successive pairs of leaves are placed opposite to one another then the arrangement is called as Opposite decussate. 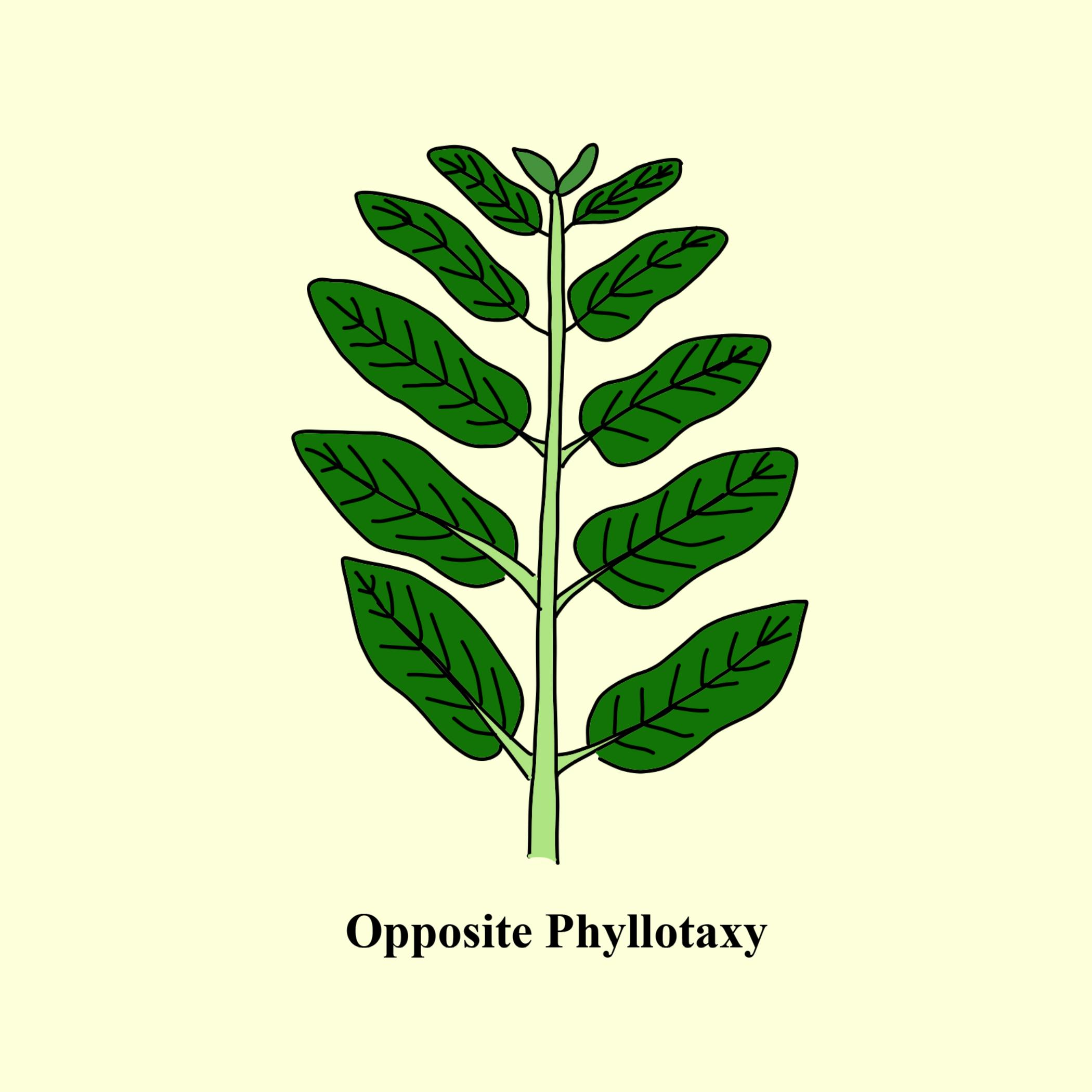 - All the leaves can be seen arranged along four vertical rows when looked at from the top.
Examples of plants in which this arrangement can be seen are Calotropis, Gardenia, Ixora, etc.
- When pairs are placed exactly on the top of one another in one plane and when viewed from the above they can be seen lie in two vertical rows. This is known as the opposite superposed.

Additional information:
- Alternate - In this type of Phyllotaxy, the leaf emerges at each node in an alternate manner. For example China Rose.
To identify Alternate Phyllotaxy some points are-
1) The angular distance between the two leaves is constant.
2) The leaves can be seen lying in a fixed number of vertical rows when looked at from the top.
Whorled - two leaves emerge at a node and form a whorl. For example - Alstonia.
- When more than two leaves emerge then it is known as Verticillate Phyllotaxy.
So, the correct answer is, ”B) Opposite”.