Pearl is produced by marine molluscs such as ..............
(A) Pearl oyster and mussel
(B) Pearl oyster
(C) Marine mussel
(D) Freshwater mussel and other Bivalvia

Verified
91.5k+ views
Hint: Pearl is produced by the marine mollusks which include one which is marine bivalve mollusks in the family Pteriidae and another one which has a shell whose outline is somewhat elongated and is mostly found to be asymmetrical when it is compared with other edible organisms, which are often more or less rounded or oval.

Complete answer:
Pearl is produced by marine molluscs such as Pearl oyster and mussel. Pearls are made with the help of the marine oysters and also the freshwater mussels as a natural defense against an irritant like a parasite entering their shell or damage to their fragile body.

Additional Information: Pearls are known to be one of the earth’s most beautiful natural treasures. They have been prized and even awarded by humans for thousands of years and were significant in many various ancient cultures including Ancient Egypt and Ancient Rome. 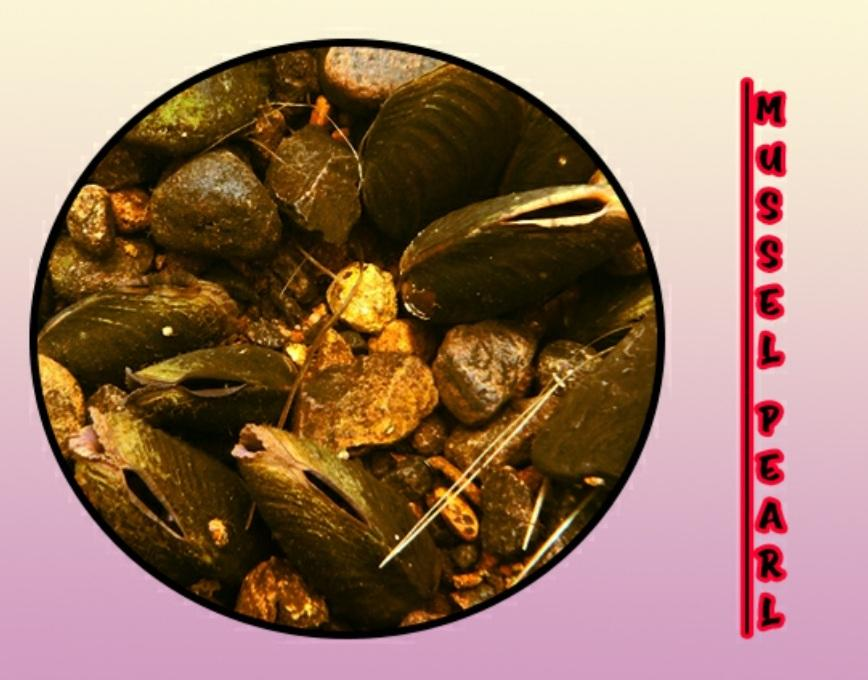 Pearls are still a particularly popular option today. Pearls are truly one-of-a-kind, especially once you consider that they're the sole gemstones to come from a living creature. Mollusks like oysters and mussels create pearls. In the rivers which have fresh water and ponds, mussels produce pearls, while in saltwater they're produced by oysters. Nowadays, freshwater pearls available on the market come primarily from China. Saltwater Saltwater pearls, on the other hand, are mostly found off the coast of Japan, French Polynesia, and Australia. There are a couple of differing types of pearls, including Akoya, Handama, Tahitian, and South Sea. Each type is exclusive in appearance, quality, and price.
So, the correct answer is ‘(A) Pearl oyster and mussel’.