Verified
Hint: These are artificially produced in opposition to a specific antigen in order to bind to their target antigens. The hybrid cells/hybridomas result from the fusion of cell culture.

Complete answer:
A technique to construct many copies of a specific region in vitro (in a test tube rather than an organism) is known as Polymerase chain reaction (PCR). The polymer chain reaction is used for constructing RAPD maps which require only one primer for multiplying and detecting the presence of the transgene in an organism. PCR is a technique to amplify the gene of interest is usually three steps:
Denaturation- thermal cycle to separate or denature the DNA strands, this provides a single-stranded template for the next step.
Annealing- cool the reaction so the primers (a short nucleic acid sequence that provides a starting point for DNA synthesis) can bind to their complementary sequences on the single-stranded template DNA.
Polymerization - an extension of primer into a complete DNA strand complementary to the template strand.
The three basic steps in PCR usually repeat 20 to 40 times in a typical PCR reaction, which generally takes a few hours or within an hour depending on certain high-speed machines. If the reaction is efficient, the target region can go from just one or a few copies to millions.
Monoclonal antibodies (mAbs) are produced in vitro by introducing an antigen to the animal (often is a mouse) is immunized multiple times. B cells are then removed from the mouse's spleen and fused with myeloma cells to give hybridoma cells which then multiplied in a suitable medium. PCR is an analytical method for determining the expressed repertoire of T cells and B cells. PCR amplification of immunoglobulin variable (V) regions genes is exploited by repertoire cloning for the production of monoclonal antibodies. 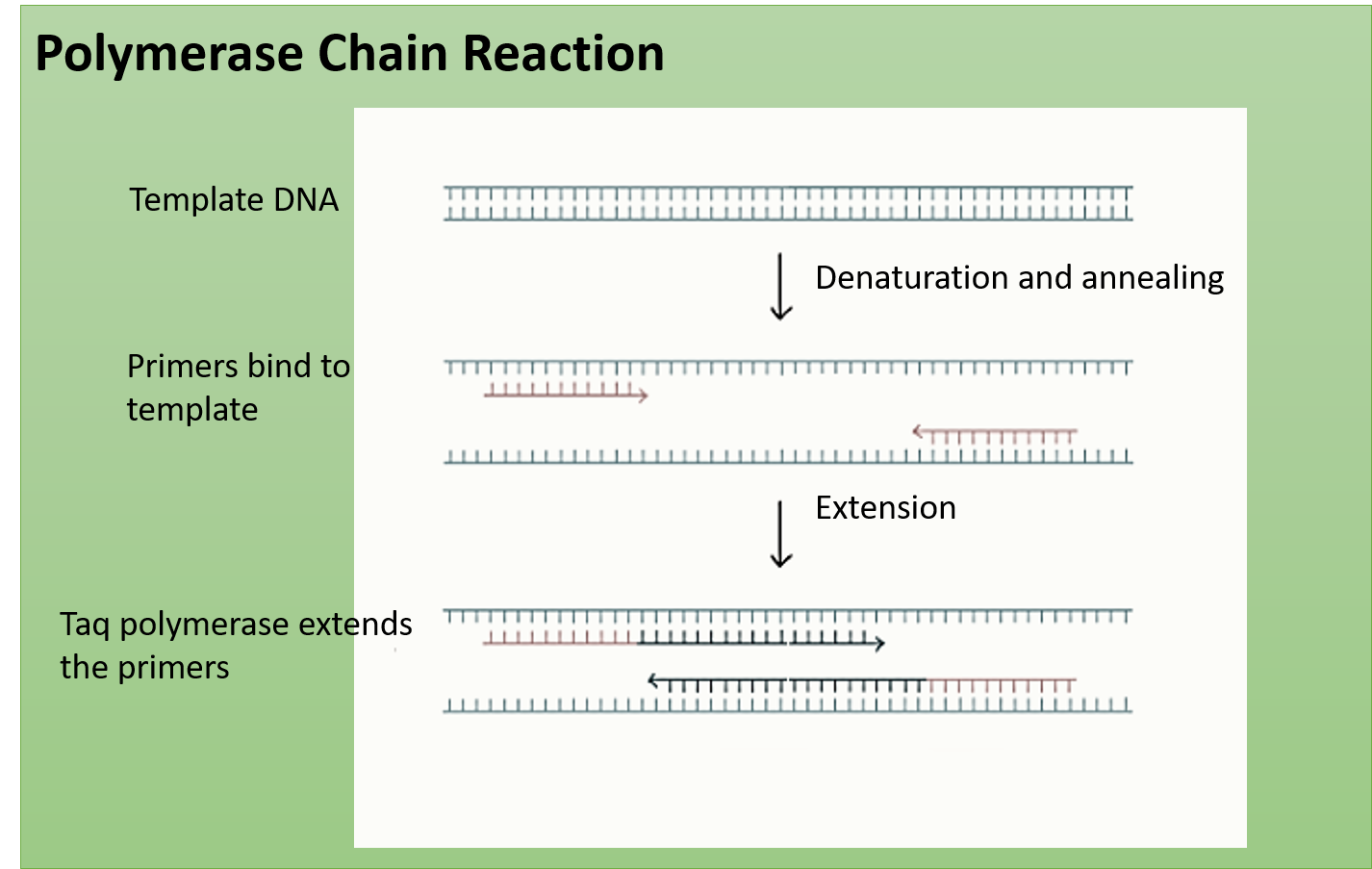 So, the correct answer is ‘both A and B’.

Note: PCR relies on a thermostable DNA polymerase, Taq polymerase, and DNA primers. PCR has many research and practical applications and is routinely used in DNA cloning, medical diagnostics, and forensic analysis of DNA.