pBR322 was the first artificial cloning vector to be constructed. What does "BR" stand for? (A) Bacteriophage and Recombinant
(B) Boliver and Rodriguez
(C) Boyer and Replicative
(D) None of these

Verified
118.8k+ views
Hint: pBR322 was known to be the first artificial cloning vector to be constructed. The letter ‘BR’ here stands for the name of the two scientists who discovered this plasmid vector in the year 1977. 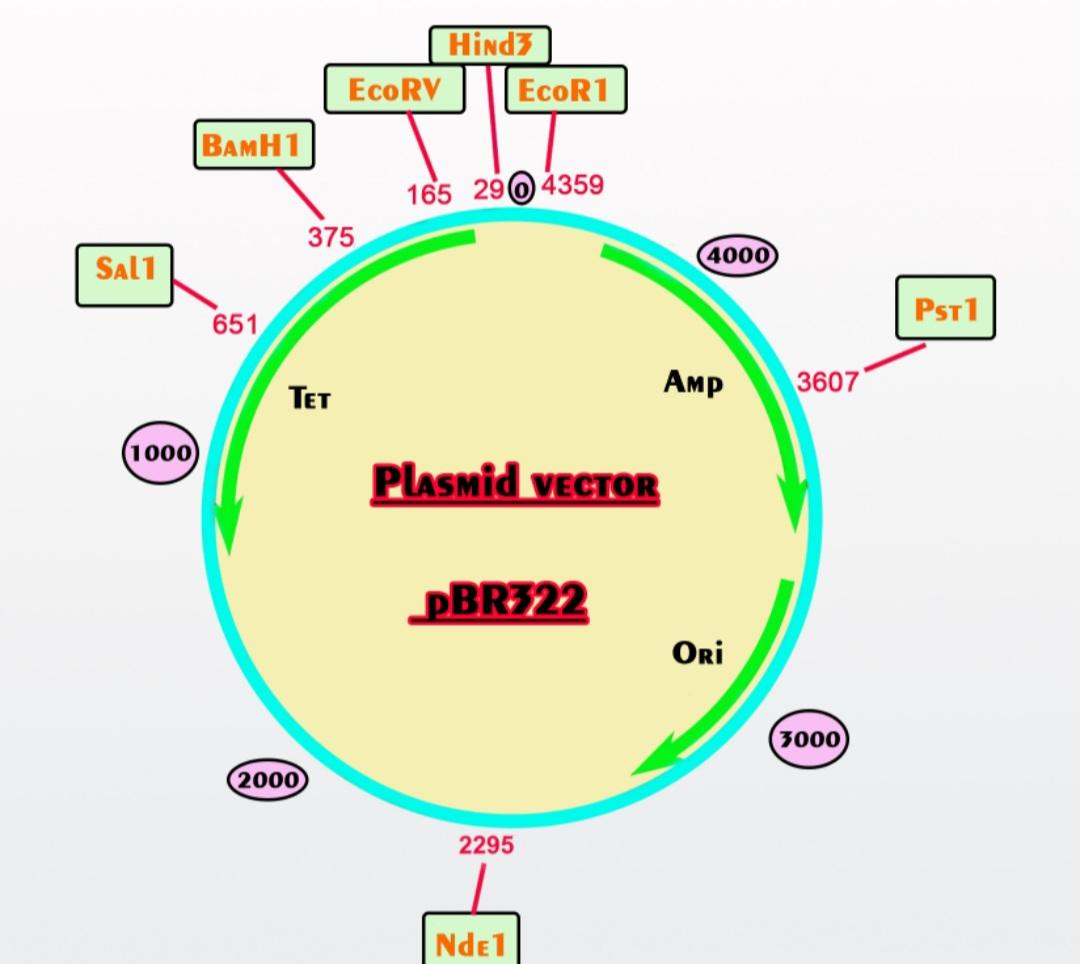 - p - denotes that it is a plasmid;
- BR - BR here stands for Boliver and Rodriguez who constructed this plasmid;
- 322 - It is a number that was assigned to distinguish this plasmid from others developed in the same laboratory.

Additional Information: Plasmid vector pBR322 is known to be 4361 base pairs long and it has two antibiotic resistance genes associated with it – the gene bla which encode for the ampicillin resistance (${ Amp }^{ R }$) protein, and also the gene tetA which encode for the tetracycline resistance (${ Tet }^{ R }$) protein. It contains the origin of replication of pMB1, and therefore the rop gene, which encodes a restrictor of plasmid copy number. The plasmid has unique restriction sites for quite forty restriction enzymes. Eleven of those forty sites lie within the ${ Tet }^{ R }$ gene. There are two sites in this vector for the restriction enzymes HindIII and ClaI within the promoter of the ${ Tet }^{ R }$ gene. To make an ideal plasmid various plasmids are constructed for cloning purposes, and the most commonly used plasmid used is the pBR322.
So, the correct answer is ‘(B) Boliver and Rodriguez’.