Verified
92.4k+ views
Hint: To solve this question, we should use the VSEPR theory, according to this theory we can find the shape from hybridisation. In $PC{{l}_{5}}$ there are two types of P-Cl bonds present, that are axial and equatorial. The longer bond is weaker and the shorter among them is the stronger bond. 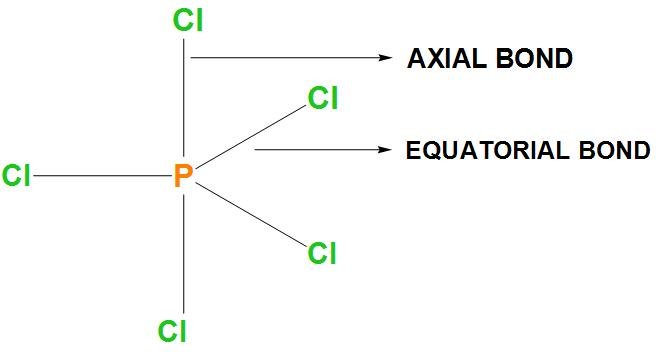 - It is found that bond strength is inversely proportional to the bond length. Hence, the longer bond is not stronger. Therefore, we can say that this statement is incorrect.

Hence, we can conclude that the correct option is (a), that is the statement which is wrong about structure of $PC{{l}_{5}}$ is: two P-Cl bonds are stronger and three P-Cl bonds are weaker.