Name the method you shall use to separate two immiscible liquids. 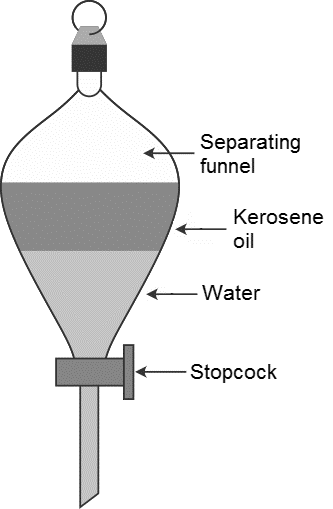