Verified
91.5k+ views
Hint: Secondary growth helps to increase the thickness of stem, root and branches which provide protection, support and conduction of water and minerals. Secondary tissue which lies at the surface is dead tissue which does not help in conduction but supports the conductive cells.

Complete answer:
Jute, flax and hemp are made up of bast fibres which are also known as phloem fibres, these fibres are made of dead tissue surrounding the stem of some dicotyledonous plant.
Jute fibre obtains from the plant in genus Corchorus, which is lignocellulosic fibres. It is native to India and grows throughout the year. These fibres mainly concentrated near the woody part of the plant. Cultivation of jute requires a humid climate and less rainfall, growth of this does not depend upon fertilizer, in absence of fertiliser, it grows very well. Two types of jute are commonly found which is white jute and brown jute. This jute is stronger, silkier and soft. Jute is a natural biodegradable polymer which does not cause environmental loss. Jute is useful for making sacks, bags, curtains, furniture pieces, etc.

Additional information:
Flax fibre obtains from genus Linum, which is a soft, lustrous and flexible fibre. It obtains from beneath the surface of the plant part. It is a natural cellulosic fibre which is stronger than cotton. This fibre is commonly called linen, which is a prestige fibre with high cost. This plant is also popular for the production of oil from flaxseed.
Hemp fibre obtains from the plant of Cannabis sativa which is mainly produced for industrial use. This fibre obtains from the outer layer of the plant composed of a high amount of cellulose and a low amount of lignin. It is used for making textile, paint, biofuel, food, paper, etc.
So, the correct answer is option (a) ‘phloem fibres’.

Note: The bark is also made of secondary tissue lying outside the cork cambium, it is a dead tissue which sloughed off with the formation of new tissue inside. The bark of many plants is commercially important for the production of many medicines, gums, resins, etc. 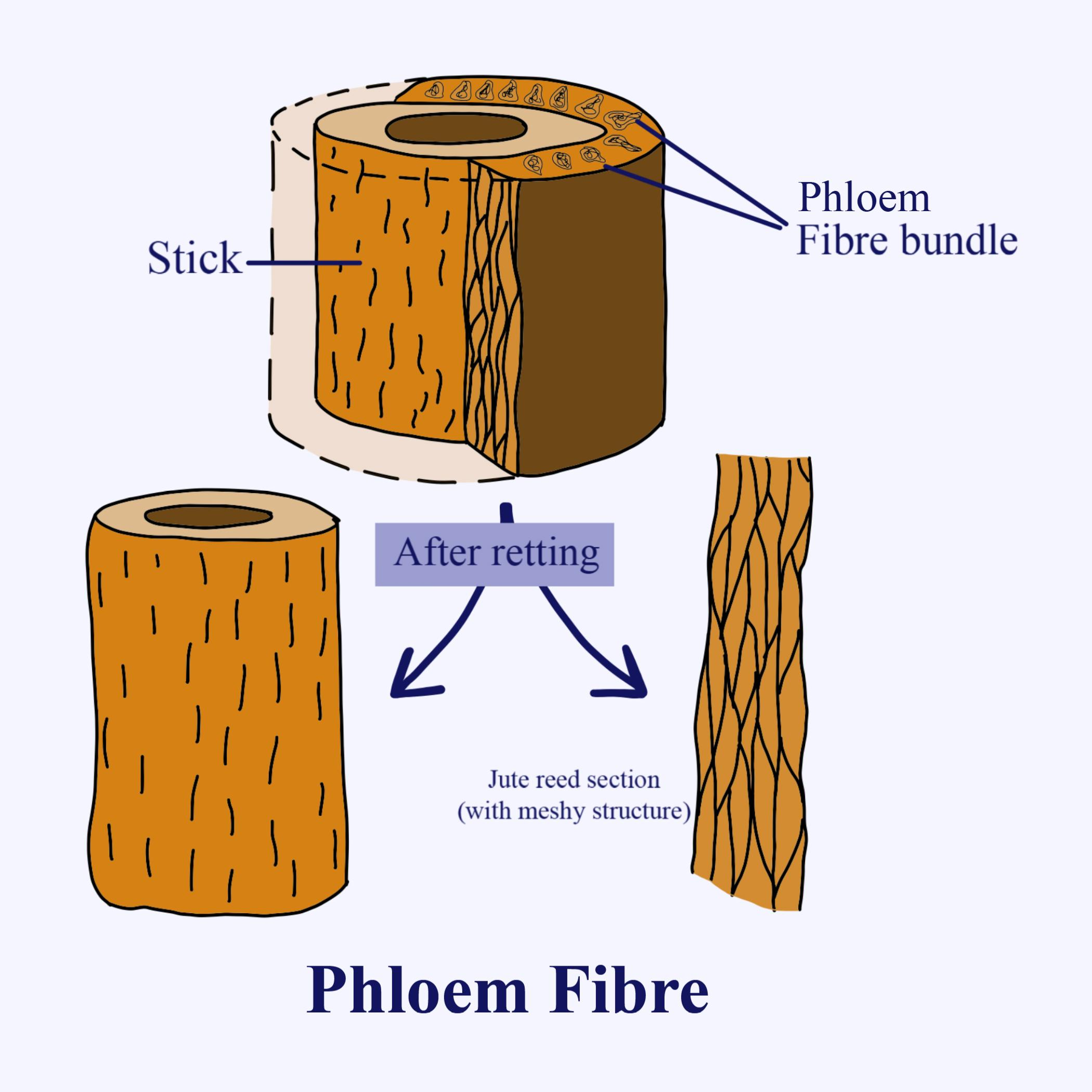