Verified
91.8k+ views
Hint: The food that we eat provides us the energy to perform all the body functions by undergoing the process of digestion, which is carried out by our digestive system using some mechanical and biochemical methods. The human digestive system consists of the alimentary canal and the digestive glands. The alimentary canal begins from the mouth and ends with the anus.

Complete answer: The alimentary canal has to mouth and oral cavity at the start followed by pharynx which is common to both food and wind. The oesophagus is the food pipe. The food pipe opens into a J-shaped bag called stomach, that stores the food for several hours through a sphincter called the gastro-esophageal sphincter. The stomach is located in the upper left side of the abdominal cavity. The wall of the stomach has four layers- serosa, muscularis, submucosa, and mucosa, the muscularis layer has oblique muscles in addition to longitudinal and circular muscles.
The stomach is divided into four major parts-
i. Cardiac- The oesophagus opens into this part.
ii. Fundus- The upper portion of the stomach.
iii. Body- This is the main central region.
iv. Pyloric- This is the part that opens into the first section of the small intestine. 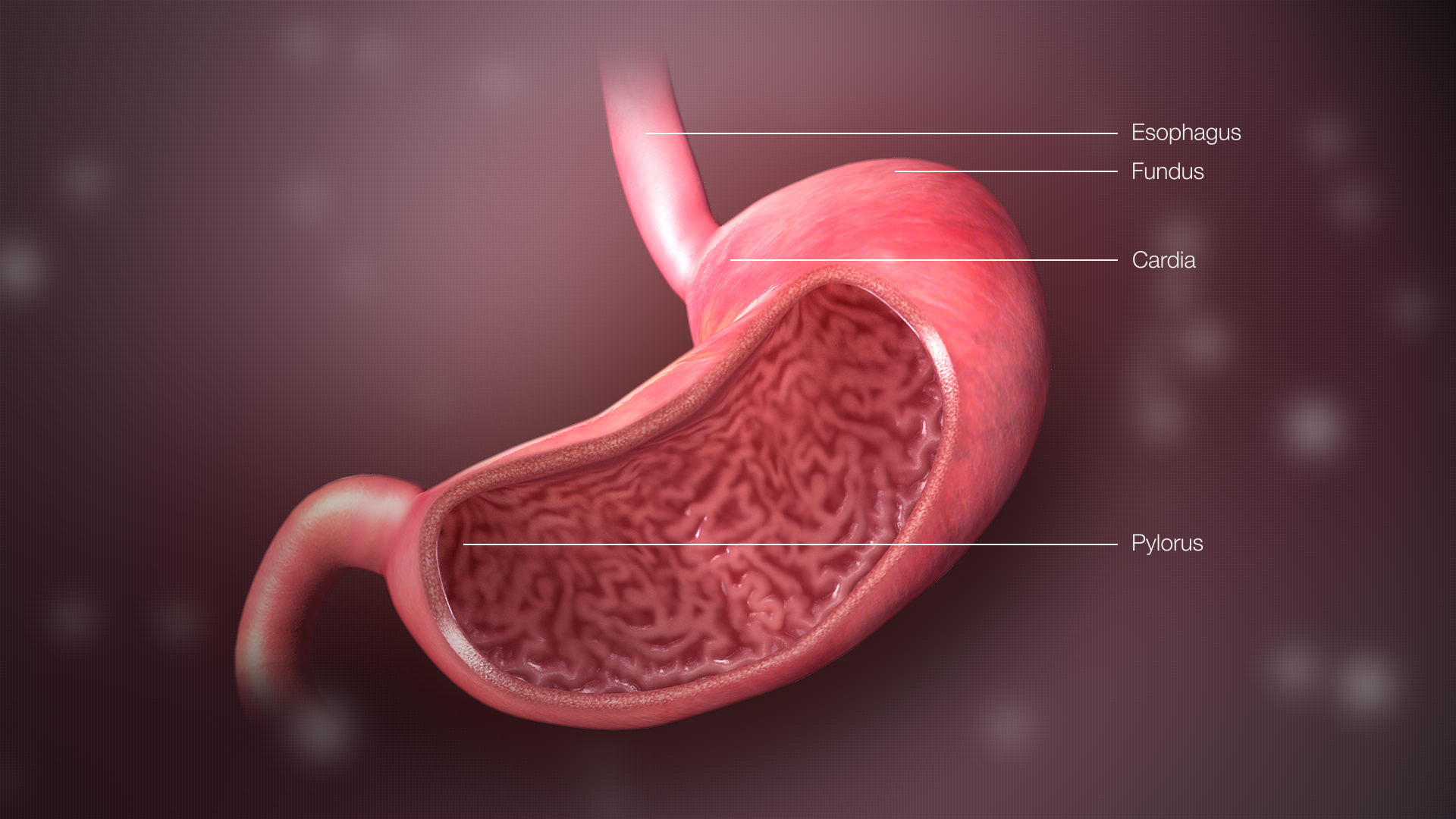