In the figure of budding in Yeast, structures a, b, c, and d should be labeled respectively as 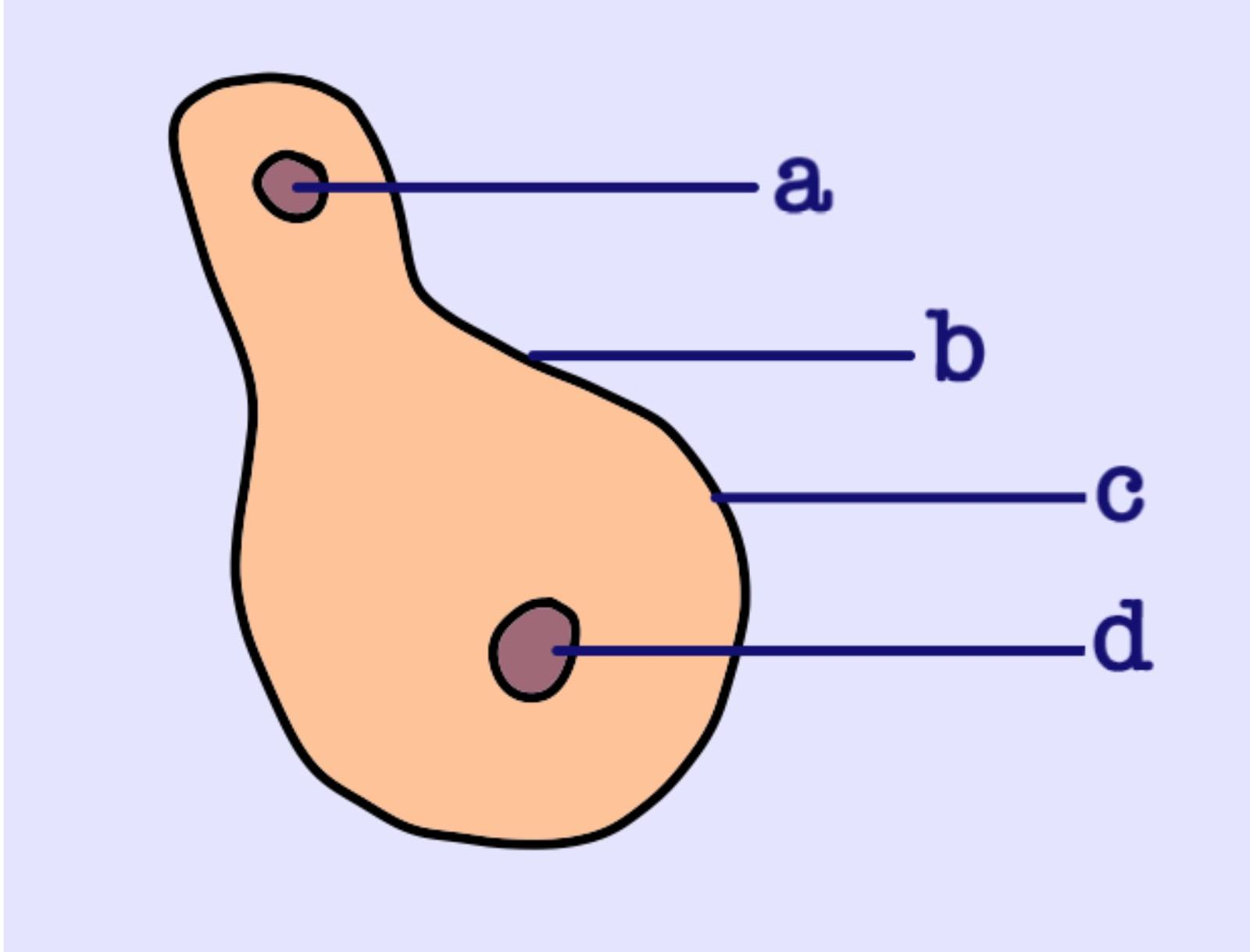 Verified
92.1k+ views
Hint: Yeasts are eukaryotic, unicellular organisms that belong to the kingdom Fungi. Budding is a type of asexual reproduction which is also seen in Hydra. Hydra is a type of sessile cnidarian which is found in freshwaters.

Complete answer:
Yeast is a unicellular organism used for various commercial uses such as bread making. They are chemoautotrophic in nature which means that they produce their own food and derive the energy from chemical bonds of organic compounds and not sunlight. Budding is a type of asexual reproduction in which a new organism is formed from a small bud on the parent’s body. This bud develops with time and then detaches from the parent organism after maturation. During the development of the bud, the nucleus of the parent is divided into two and split between the bud and parent yeast. Thus, in the given figure a is the nucleus of the bud, b is the bud, c is the Yeast (parent cell) and d is the nucleus of the yeast.

Additional Information:
-Yeast (Saccharomyces cerevisiae) is known as baker’s yeast as it is used to prepare the dough by the process of fermentation.
-Yeast is also used for making beverages like wine, beer, whisky, brandy, or rum by fermenting malted cereals and fruit juices which result in the formation of ethanol.
-Fermentation is the incomplete oxidation of glucose in the absence of oxygen (anaerobic conditions) to produce a lesser number of ATPs.
-Yeast produces ethanol by fermentation because the enzymes pyruvic acid decarboxylase and alcohol dehydrogenase convert pyruvic acid into carbon dioxide and ethanol.

So, the correct option is ‘Nucleus of bud, bud, Yeast, nucleus’.

Note: -Yeasts poison themselves to death at 13% alcohol concentration because alcohols are toxic substances for living organisms.
-Alcoholic beverages with concentrations higher than 13% are obtained by the distillation process.
-The muscles of our body undergo fermentation during insufficient oxygen supply to produce lactic acid.