Identify the leader in the picture 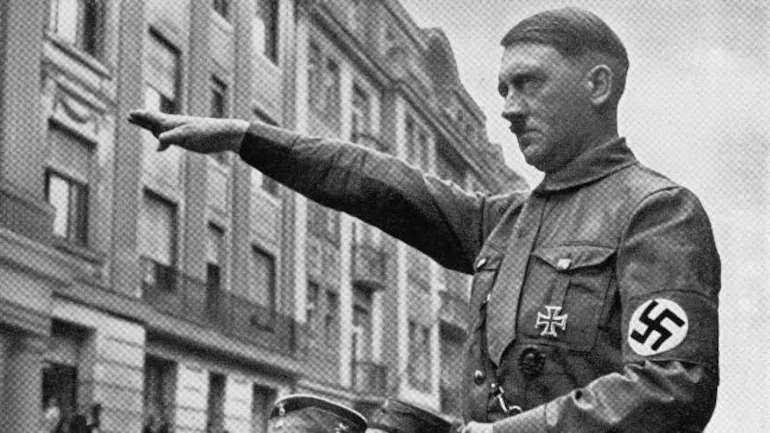 Verified
91.8k+ views
Hint: The Nazi party or the Nationalist Socialist German Worker’s Party functioned in Germany from 1920-1945. The German Workers’ Party is its precursor.

Complete answer: The picture shown above is of Adolf Hitler. Hitler was the leader of the Nazi party and one of the main reasons for the causes of the Second World War by invading Poland. He became the Chancellor of Germany in 1933. Adolf Hitler is known for his anti-Jewish policies and brutal massacres of Jews. This period was known as the Holocaust.
Hitler was born in Austria. During World War I, he moved to Germany in 1913 and was largely decorated during his service in the war. He became a member of the German Workers’ party in 1919. In 1921, he was appointed as the leader of the Nazi Party. Hitler vehemently defied the Treaty of Versailles which was one of the major causes of the First World War. His policies included Pan-Germanism, anti- Semitism, anti- Communism and the promotion of charismatic authority. He was giggly propagating the policy of Lebensraum which meant a separate living space for the Germans in eastern Europe. Hitler’s aggressive foreign policies which included the invasion of Poland and the Soviet Union. His policies were driven by racially motivated ideologies against the Jews. During his regime the genocide of 6 millions of Jews and millions of other people took place.