Explain with suitable examples, the different types of phyllotaxy.

Verified
177.9k+ views
Hint: The term phyllotaxy has been derived from Greek words “phýllon” means leaf and “taxis” means arrangement. Therefore, phyllotaxy can be explained as the arrangements or pattern of leaves over the branch or stem of a plant. Phyllotaxy is majorly categorized into three types. They are alternate phyllotaxy, opposite phyllotaxy and whorled phyllotaxy.

Complete Answer:
Phyllotaxy is related to the arrangement of leaves, so it plays an important role during the photosynthesis process in plants. The detailed information regarding the three types of phyllotaxy is described below. 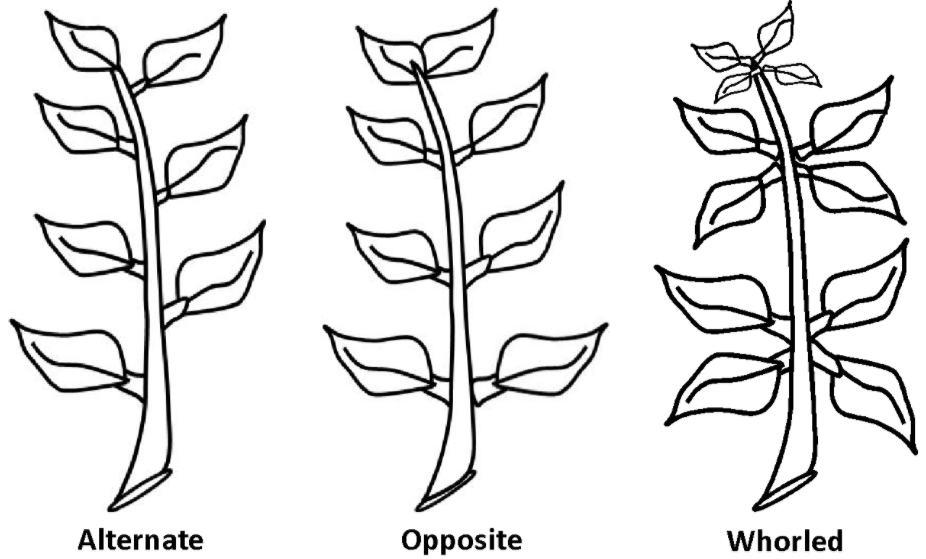 Note: Phyllotaxy has its own significance in the development and growth of plants. It is associated with the arrangement of leaves and the leave arrangements allow the leaves for exposure to sunlight, which is an important factor during photosynthesis.
Recently Updated Pages
If ab and c are unit vectors then left ab2 right+bc2+ca2 class 12 maths JEE_Main