Explain the function of roots.

Verified
129k+ views
Hint: The root is the subterranean or underground part of a plant’s body. It is non-green due to the total absence of chlorophyll. It is positively geotropic i.e its growth is towards the direction of gravity.

Complete answer:
Some general functions of roots are:
-They provide anchorage of the plant in the ground so that the plant can stand upright properly.
-Any surplus or extra amount of sugars manufactured during photosynthesis is stored in the roots.
-It is the place of interaction between the soil microorganisms such as fungi or bacteria to provide essential or beneficial nutrients to the plant.
-Absorb water and minerals from the soil and transport it to all the cells of the plant body via xylem. 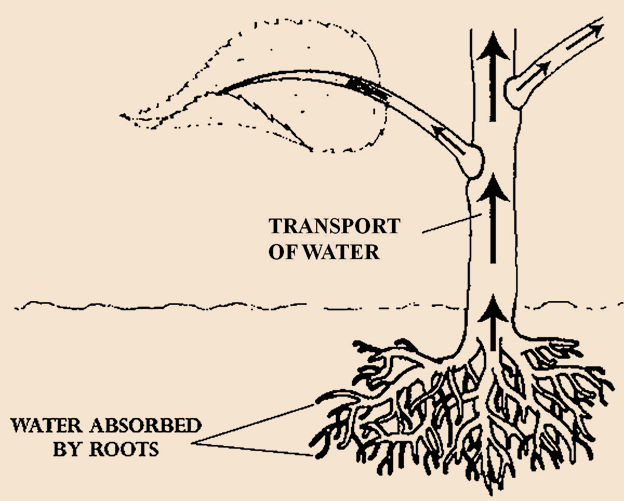 Some specialized functions of roots are:
-Mangroves such as Rhizophora growing in brackish water have upright, aerial roots called pneumatophores meant for gas exchange. These roots are negatively geotropic i.e against the gravity and positively phototropic i.e towards sunlight.
-In plants like carrot and potato, roots act as storage organs.
-Root nodule formation for nitrogen fixation in leguminous plants (Fabaceae). Nitrogen-fixing bacteria are present in the root nodules which convert the inert and abundant nitrogen in the atmosphere to usable forms such as nitrate.
-Coralloid roots of Cycas have cyanobacteria for nitrogen fixation.
-Higher plants have a symbiotic association with fungi via their roots. This mutual relationship is termed as Mycorrhiza. Fungi absorb useful nutrients particularly phosphorus to the plant and in return get shelter and protection by the plant.