Verified
91.5k+ views
Hint: When a plant is carefully cut close to the base of the stem, the sap oozes from the stump. The fluid comes out forcibly, that pressure is known as root pressure.

Complete answer: Root pressure is a vital significance in plants, for it forces up water against the gravity to the tip of even the tallest plant. 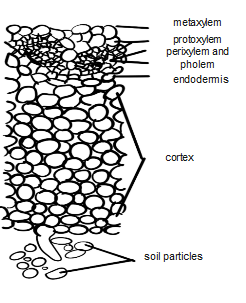