Verified
Hint: The basal body is especially of a flagellated cell. It is a very important part of centrosomes, which are involved in organizing microtubules in the cytoplasm. The position of this determines the position of the nucleus and plays a crucial role in the spatial arrangement of the cell.

Complete answer:
It's found at the bottom of a eukaryotic undulipodium and is a nucleation site for the expansion of the axoneme microtubules. The term basal body is, however, reserved specifically for the bottom structures of eukaryotic cilia and flagella which extend out from the cell.they're structurally an equivalent, each containing a microtubule triplet 9*3 helicoidal configuration forming a hollow cylinder, containing a microtubule doublet in its centre. Regulation of basal body production and spatial orientation may be a function of the nucleotide-binding domain of γ-tubulin.
In cells that are destined to possess just one primary cilium, the mother centriole differentiates into the basal body upon entry into G1 or quiescence. Thus, the basal body in such a cell springs from the centriole. The basal body differs from the mother centriole in a minimum of 2 aspects. 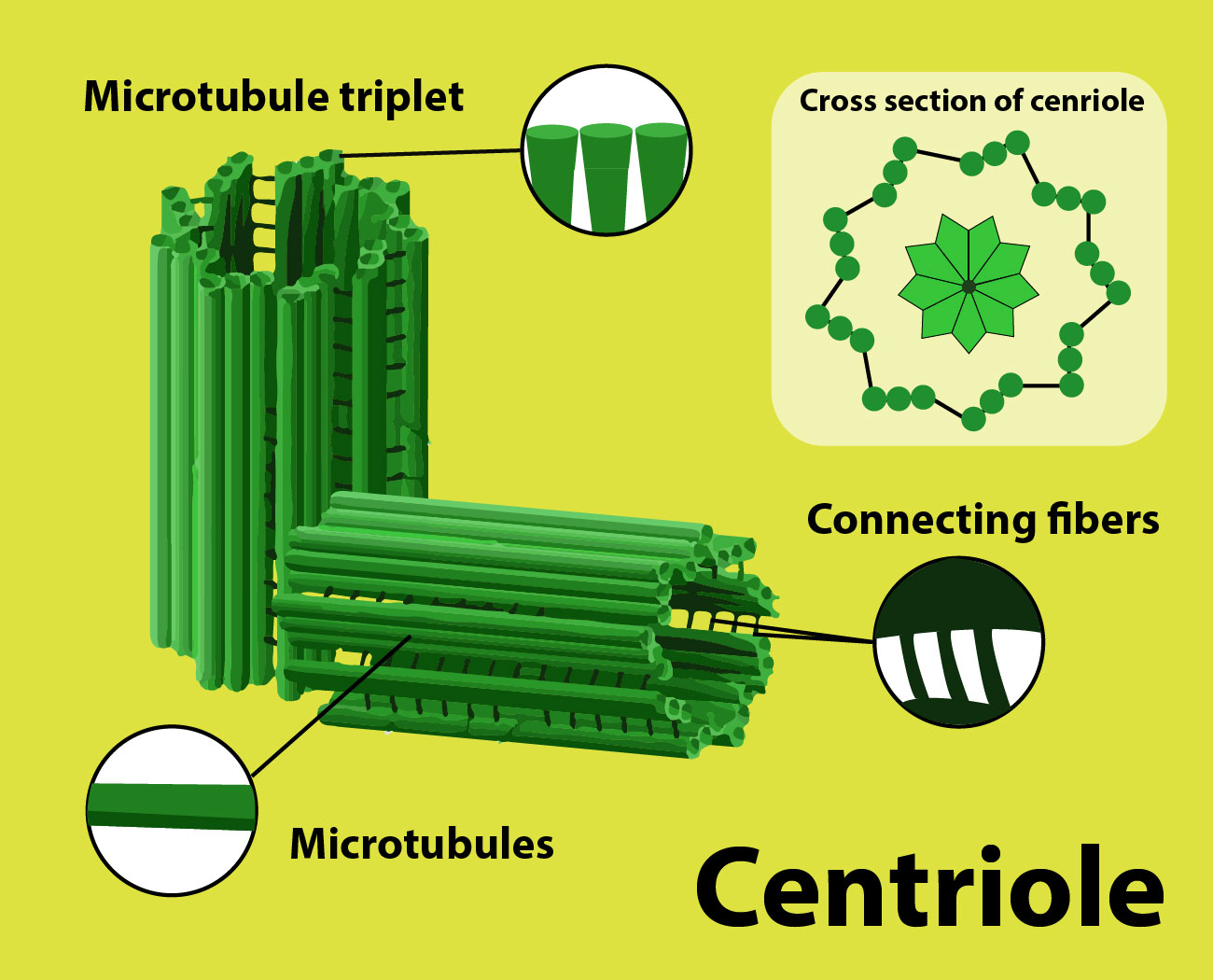 So, the correct answer is, ‘’centriole.’’

Note: During cell cycle quiescence, basal bodies organize primary cilia and reside at the cell cortex in proximity to the cell wall. On cell cycle entry, cilia resorb and therefore the basal body migrates to the nucleus where it functions to arrange centrosomes. Centrioles, basal bodies, and cilia are important for mitosis, polarity, cellular division, protein trafficking, signalling, motility, and sensation.
Mutations in proteins that localize to basal bodies are related to several human ciliary diseases, including Bardet–Biedl syndrome,orofaciodigital syndrome, Joubert syndrome, cone-rod dystrophy, Meckel syndrome, and nephronophthisis.
Regulation of basal body production and spatial orientation may be a function of the nucleotide-binding domain of γ-tubulin.
-Centrioles act as anchoring sites for proteins from where the basal bodies have been derived.